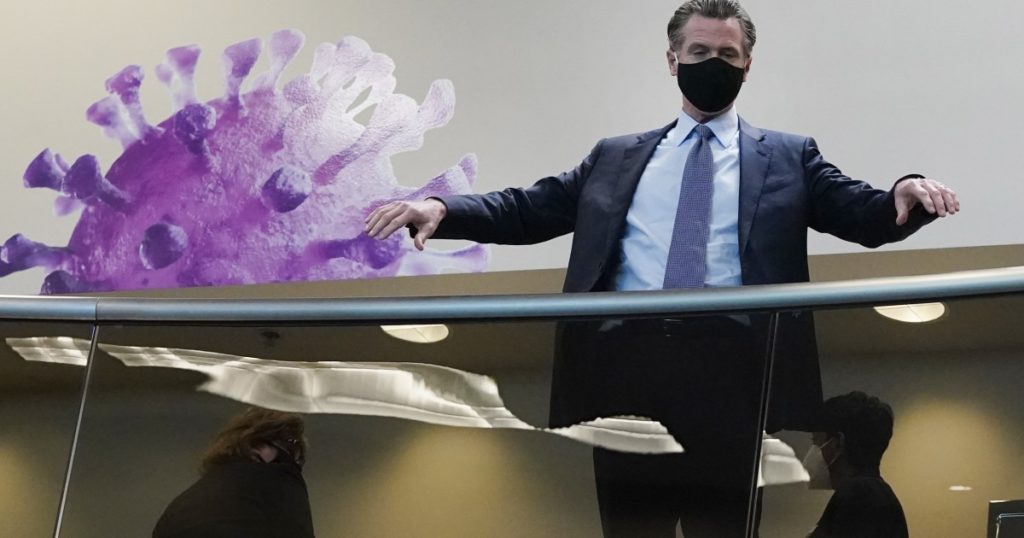 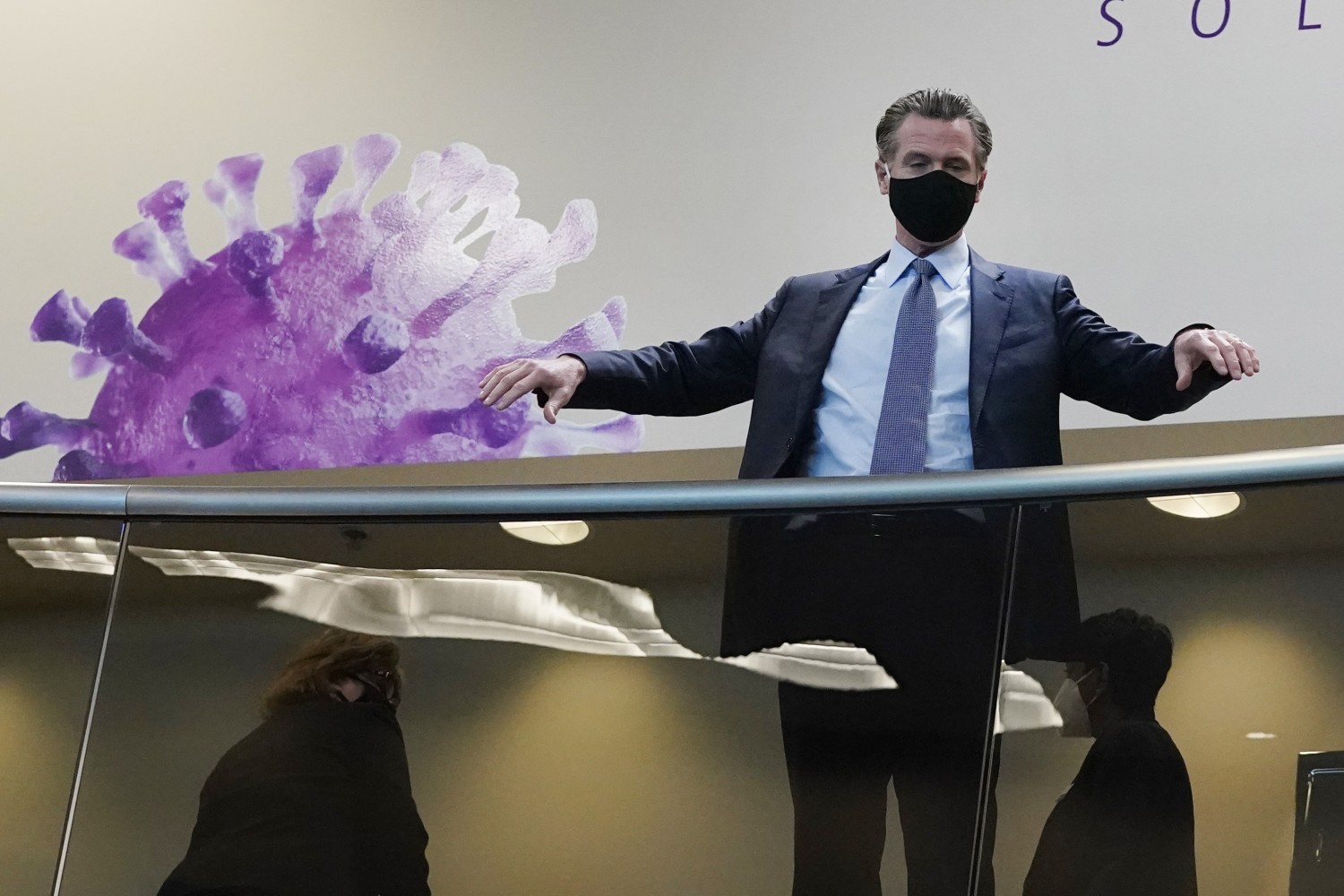 No politician escapes the heightened scrutiny that comes with running for office. And most, if not all, have been criticized for not doing enough to align their actions with their words.

But few see their missteps lead so quickly to white-hot anger as did Gov. Gavin Newsom after admitting that he joined several other couples at a birthday dinner less than two weeks ago, or members of the California Legislature currently enjoying a trip to Hawaii while schmoozing with interest groups that may have underwritten the cost of the event.

For Newsom, the problems seemed to grow on Tuesday after photos of the dinner surfaced that appeared to contradict the governor’s insistence that it was an “outdoor” event.

In both cases, the personal decisions of the elected officials involved gave the impression that their privilege led them to believe they were immune to the pandemic, ignoring the safety precautions they have asked Californians to take.

COVID-19 “magnifies the bad optics of this,” said Kevin Eckery, a public affairs strategist who served as press secretary to then-Gov. Pete Wilson. “It’s worse when people are sacrificing a lot.”

The timing of both gatherings — Newsom attended the party at an exclusive Napa Valley restaurant on Nov. 6, legislators are in Maui this week — could not have been worse in terms of political symbolism. Over the last seven days, California has seen a 102% increase in coronavirus cases from two weeks earlier, according to The Times’ tracker of public health data, with a single-day record Monday of 13,412 new cases.

“It’s so important to lead by example right now,” said Cassandra Pye, who served as deputy chief of staff to then-Gov. Arnold Schwarzenegger.

Newsom’s attendance at the dinner with as many as a dozen people may not have violated any state or local public health rules at the time. Napa County has since been placed in the state’s most restrictive, or “purple,” tier of coronavirus reopening controls.

But the photos obtained by Fox 11 Los Angeles from a restaurant customer shattered the image some might have had of a setting akin to an outdoor garden party. Instead, the governor and First Partner Jennifer Siebel Newsom are seen inside a private dining room that appears to open up to an outdoor area, sitting almost shoulder to shoulder with other guests around a single table. No one can be seen wearing a mask.

News of the gathering first broke on Friday, the same day — coincidentally and, for the governor, unfortunately — that Newsom’s Health and Human Services secretary, Dr. Mark Ghaly, outlined new state guidelines on private gatherings. Those guidelines run counter to the event at the French Laundry in Yountville, where Newsom celebrated the birthday of his longtime advisor, lobbyist Jason Kinney.

“We have the guidance and the tips for a reason: We believe they are the strategies to keep ourselves in our communities safe,” Ghaly said last Friday. “And we hope and expect people to take them seriously.”

Within a day of its revelation by the San Francisco Chronicle, the private dinner became a national headline. Data compiled by Google Trends showed there was strong interest by online audiences far away from California, growing stronger by Monday.

“The tale of the governor indulging at one of the nation’s most exclusive and expensive restaurants (average meal $325) — while millions of Californians are scuffling amid the pandemic’s economic fallout — truly represents a real bad look,” wrote Jerry Roberts, the Chronicle’s former managing editor and longtime Newsom observer, in an article for his political news website.

Newsom — who said he and his wife paid for their meals — offered a mea culpa Monday at the end of his prepared remarks during a coronavirus briefing in which he again asked Californians to “minimize mixing” with other families. Along with his apology, the governor called his decision to celebrate with Kinney a “bad mistake.”

“Instead of sitting down, I should have stood up and walked back, gotten in my car and drove back to my house,” he said. “Instead, I chose to sit there with my wife and a number of other couples that were outside [of my] household.”

Predictably, it did little to quell the anger of his fiercest critics.

On Tuesday, Orange County residents who showed up at the weekly Board of Supervisors meeting to protest COVID-19 restrictions lashed out at what they called the hypocrisy of “King Gavin.” One resident, who identified himself only as Brian, ridiculed the Newsom administration for its tiered COVID-19 reopening system, which he said Newsom “expects everybody to follow except for himself.”

Another resident, who identified herself as Mary L., sarcastically said she was glad the governor “was able to party” before ordering Orange County to return to the most restrictive coronavirus tier.

But across the state, Eckery said, the public is likely to accept Newsom’s apology and move on.

“We like it when people in authority admit they made mistakes,” he said.

No such contrition has come from the group of legislators who are 2,400 miles away from Sacramento this week, having decamped to a Maui resort to attend an annual conference with a history of raising eyebrows for the message it sends about money and influence.

A complete tally of California lawmakers who are attending remains unclear. By late Tuesday, only four members of the state Assembly had either confirmed their attendance or been identified through other means: Democrats Blanca Rubio of Baldwin Park and Wendy Carrillo of Los Angeles; Paso Robles Republican Jordan Cunningham; and Chad Mayes of Rancho Mirage, who won reelection this month as unaffiliated with any political party.

Other lawmakers attending the Maui event remain unwilling to come forward. On Monday, a Times reporter called a cellphone number believed to belong to one Democrat who had attended the event in the past. As the reporter tried to identify himself, the person who answered quickly hung up.

The conference’s organizer, the San Diego-based Independent Voter Project, boasts on its website that the event brings elected officials and business leaders together to “give them an opportunity to discuss issues directly, and come up with practical and positive resolutions.”

And why Maui? It’s “a desirable location for legislators and policymakers to bring their families,” according to the IVP website.

No lawmakers, though, have said whether the Hawaii trip is necessary.

“I hope all of us would take every opportunity to set a good example,” Senate President Pro Tem Toni Atkins (D-San Diego) said in a written statement. “In cases where there are essential exceptions, I would expect senators to follow the guidelines as closely as possible.”

Hawaii government officials require anyone visiting the state to take a coronavirus test no more than 72 hours before travel, so presumably all of California’s lawmakers and their families did so. Maui urges guests to be tested upon arrival too.

Eckery said that it was unlikely any of the legislators would face reproach from those who elected them. Still, he noted, the idea of a swanky getaway, far from the prying eyes of their constituents, “plays into an institutional cynicism” about the Legislature.

And the conference — much like the governor privately celebrating an influential power broker’s birthday — may suggest to some that there’s an offramp for some when it comes to sacrifice during the pandemic, even as health professionals warn tougher times are on the horizon.

“Leadership,” Pye said, “calls for all of us to be selfless.”

Watch L.A. Times Today at 7 p.m. on Spectrum News 1 on Channel 1 or live stream on the Spectrum News App. Palos Verdes Peninsula and Orange County viewers can watch on Cox Systems on channel 99.