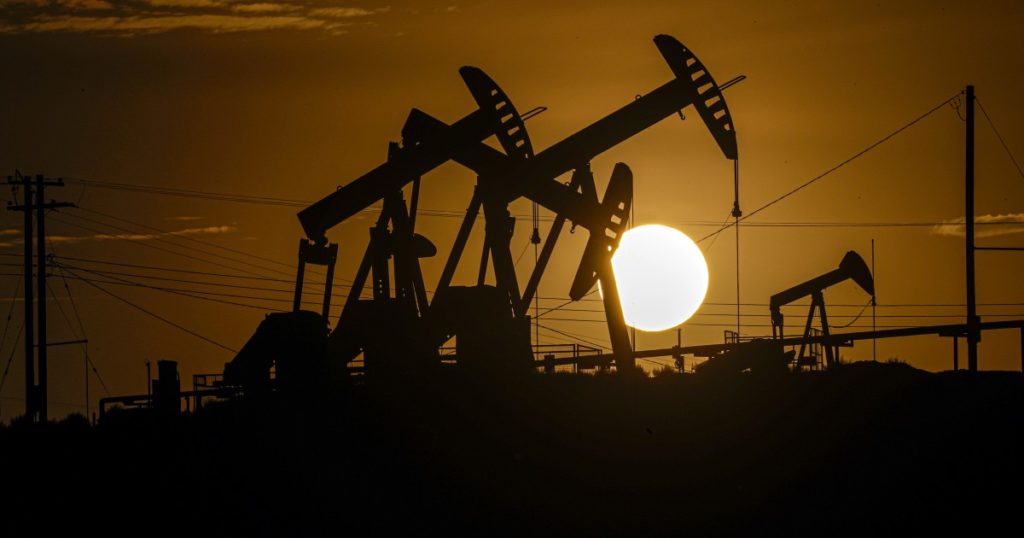 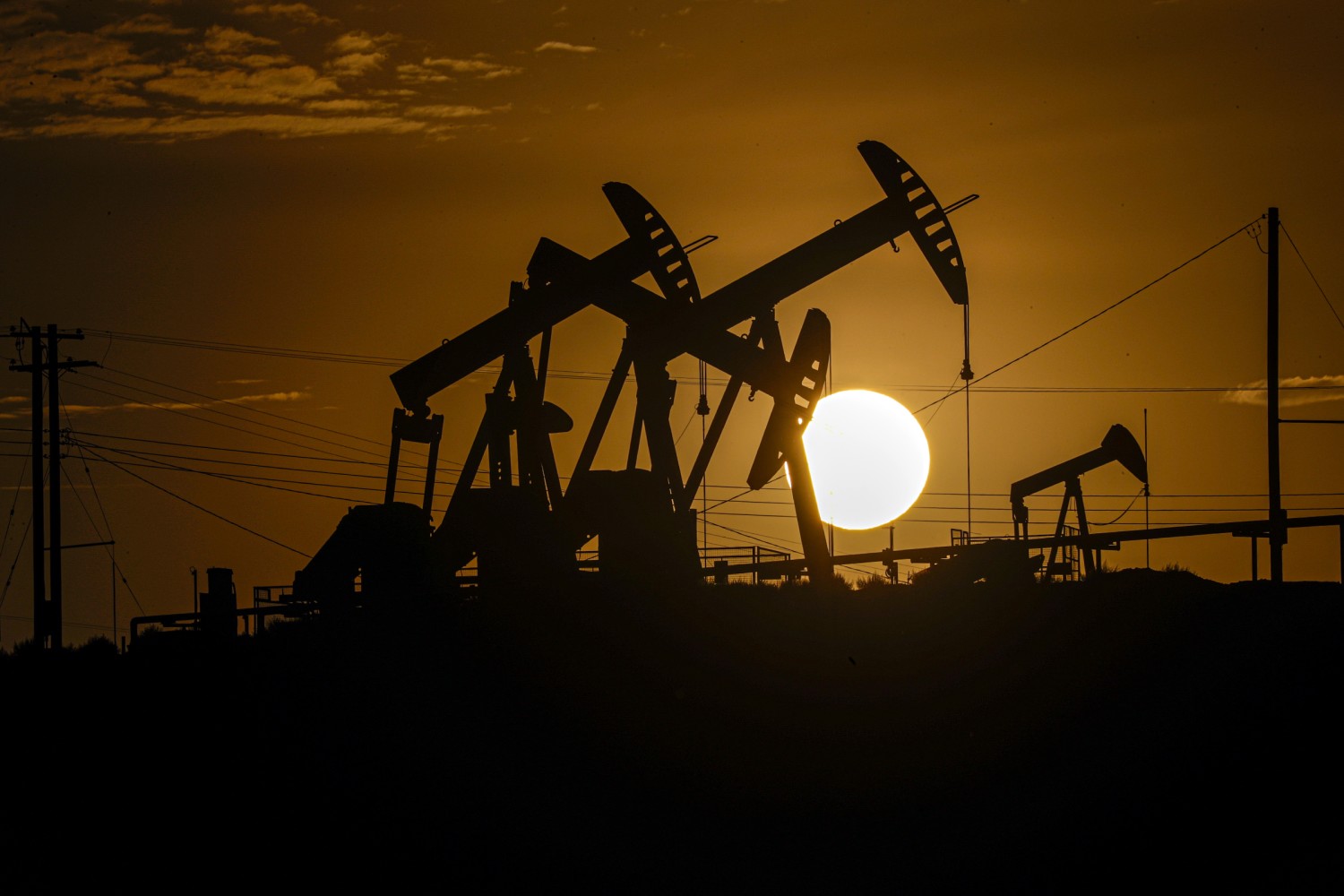 When Gov. Gavin Newsom voiced his support last year for a ban on hydraulic fracturing by oil and gas companies, an effort long fought by the industry and trade unions alike, he gave Democrats a green light to send him legislation to achieve that goal as they saw fit.

But the crackdown on oil and gas production under consideration by the California Legislature is much wider in scope than the plan requested by the governor, who may get more than he bargained for as he shoulders the pressures of carrying out the state’s COVID-19 pandemic response while battling a looming recall election.

The ambitious proposal would outlaw hydraulic fracturing, or fracking, and a series of other oil extraction methods reviled by environmental activists. It would also prohibit wells from operating within 2,500 feet of homes, schools, healthcare facilities and other populated areas. Newsom’s proposal was limited to a ban only on fracking and the consideration of a buffer zone.

Proponents of the bill have said from the outset that Newsom must take an active role in pushing the legislation through and have expressed concern that the governor’s attention will be focused on his own political survival with a recall election in the fall all but certain.

With his future on the line, Newsom might be reluctant to cross California’s trade unions, an influential force in Democratic politics, and voters in the oil-rich San Joaquin Valley.

“The problem with the recall is that it becomes quite distracting,” said Kathryn Phillips, director of Sierra Club California, who supports the legislation. “It’s one way of essentially shutting down activity and so I worry that, not just for the fracking bill, but that everything is going to be hard to get done this year.”

Even though they are at odds over oil drilling in California, environmental activists and a number of trade unions have come out against the recall campaign, a further indication that labor remains a firm political ally of the Democratic governor.

Lobbyist Scott Wetch said that two organizations he represents, the State Assn. of Electrical Workers and the California State Pipe Trades Council, “absolutely support” Newsom despite objecting to his call to ban fracking.

“They think that he’s done a very courageous job through this entire pandemic, and there’s no singular policy decision out there that would change their opinion,” Wetch said. “This is a Republican attempt to win an office that they couldn’t win otherwise, and our organizations fundamentally oppose that.”

California’s billion-dollar oil industry has so far largely remained on the sidelines during the recall campaign, though Modesto-based fuel supplier Boyett Petroleum contributed $49,000 to one of the organizations trying to oust Newsom.

The recall aside, supporters of a fracking ban and mandatory buffer zones face a tough challenge given the ideological divide within the Legislature’s Democratic majority. Liberal legislators from coastal areas and major cities see the restrictions as essential in combating climate change and protecting Black and Latino families living near oil fields. Business-friendly lawmakers and those from inland areas have expressed concern about the potential loss of tens of thousands of jobs and the resulting impact on the economy.

A proposed fracking moratorium stalled in the Legislature in 2014, and just last year a bill calling for less stringent buffer zone requirements around oil and gas wells failed in the state Senate after passing in the Assembly. Given those outcomes, the possibility of this year’s legislation surviving intact appears remote.

The bill also prohibits operating oil and gas wells within 2,500 feet of any homes, schools or healthcare facilities starting on Jan. 1, 2022.

“I want to be clear: It’s hard politics around this, about both aspects of this bill, the fracking et al, and the setbacks,” Wiener said when he introduced the bill in February. “Over time, the politics on this and public opinion on these issues [have] only moved in our direction.”

Regardless of the outcome in the Legislature, buffer zones may still be mandated by administrative action. At the direction of an executive order by Newsom, officials with the state Department of Conservation have been holding public hearings in person and online throughout the year on proposed public health and safety protections for communities near oil and gas operations, including imposing possible buffer zones around wells.

The agency is expected to announce those new restrictions as early as this month.

A study by researchers at UC Berkeley, published by the National Institutes of Health, found that living near oil and gas wells caused significant adverse health effects to pregnant mothers and newborn babies. A 2014 report by the Natural Resources Defense Council determined that more than 5.4 million Californians lived within one mile of at least one oil or gas well.

The legislation’s first test will come April 13, when it is scheduled to be considered by the Senate’s Natural Resources and Water Committee.

Rock Zierman, chief executive of the California Independent Petroleum Assn., said California has some of the strongest regulations and environmental protections in the world. If the state decides to shut down oil production, he said, it will be forced to import oil from states and countries with lower health, environmental and safety standards.

“California oil and natural gas operators follow the strictest regulations on the planet and efforts to shut down domestic production will only worsen the state’s reliance on environmentally inferior foreign oil tankered here from Saudi Arabia and South America,” Zierman said in a statement. “Foreign oil is not produced with the same environmental protections or humanitarian values that we have here in California; nor do they pay billions in California taxes or hundreds of millions of dollars in fees that are reinvested to advance California’s climate goals.”

Robbie Hunter, president of the State Building and Construction Trades Council of California, said the proposed legislation would wipe out roughly 100,000 well-paying union jobs at the state’s refineries. He said the demand for oil and gas will still exist, but both will be more expensive because the state will be forced to import them.

“In a frenzied effort to ingratiate themselves to extremist coastal elite political agendas, Sens. Wiener and Limón are risking the livelihoods of hundreds of thousands of blue-collar families and a doubling of the cost to get to work and school, all without a benefit to the environment,” Hunter said.

According to the state Department of Conservation, fracking and all other well-stimulation methods account for roughly 2% of the state’s oil production.

Jacob Roper, the agency’s assistant director, said the pace of well-stimulation permits being issued has slowed tremendously, which he attributed to the state’s “more rigorous review process,” something environmentalists dispute.

The Center for Biological Diversity sued the state in February, accusing regulators of approving thousands of oil and gas drilling and fracking projects without the required environmental review under state law.