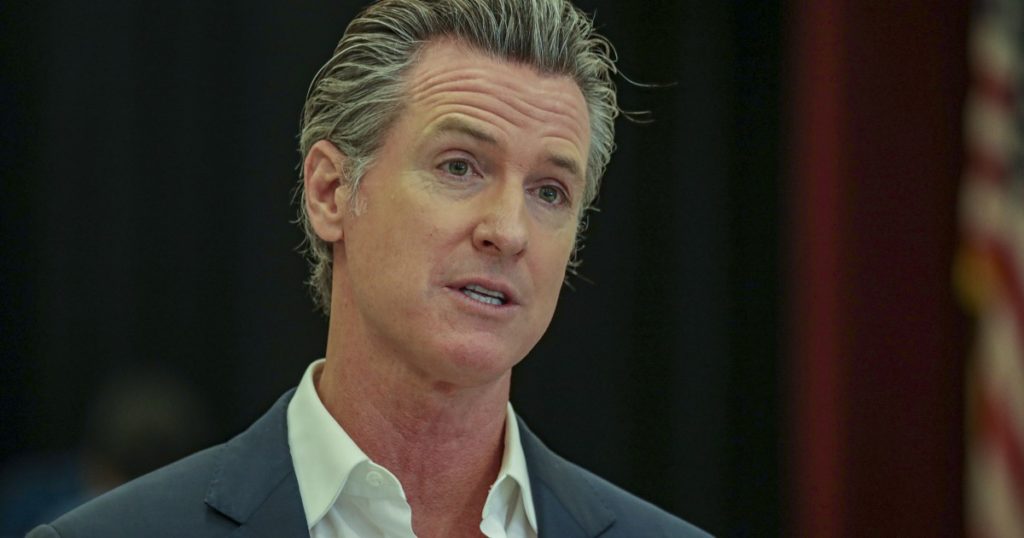 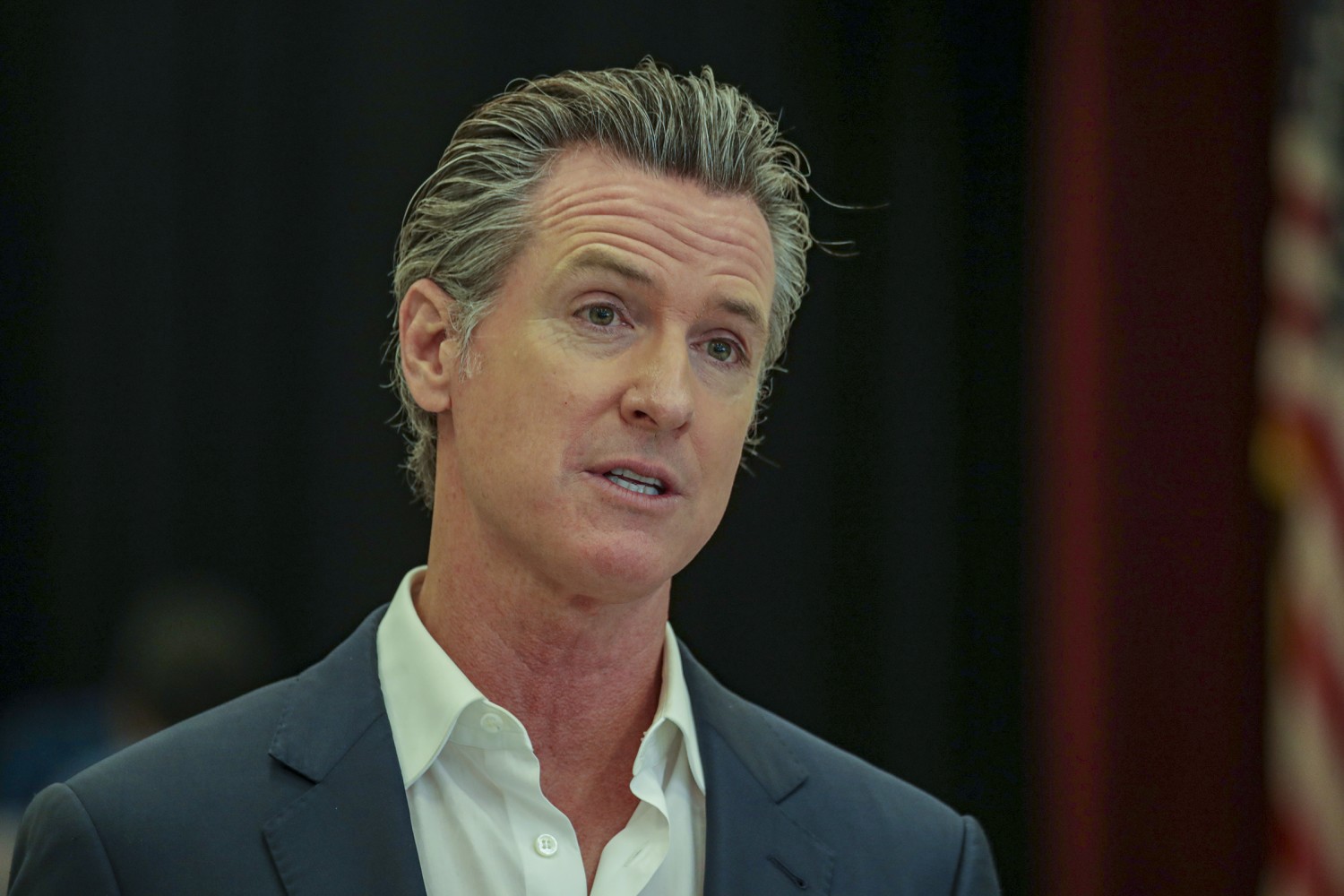 Gov. Gavin Newsom compared choosing to remain unvaccinated to drunk driving and denounced high-profile conservatives including Fox News host Tucker Carlson in a rare public rebuke as COVID-19 spreads in California and adds political pressure on the governor ahead of the recall election.

Newsom appeared frustrated at a Monday news conference in Alameda County, where he announced at a Kaiser Health facility that state employees and healthcare workers will be required to show proof of vaccination or submit to routine testing beginning next month.

The governor is attempting to encourage more workers to get vaccinated as the rise of the delta variant in California places Newsom in an uncomfortable political position.

Proponents of the recall have criticized the sweeping statewide orders and business restrictions Newsom imposed last year in an effort to slow the spread of the virus. With the election less than two months away, ordering new mandates could risk frustrating some California voters all over again.

But a lack of statewide action could also come at a cost if conditions continue to worsen in some parts of California and local leaders refuse to impose any kind of restrictions again. Although the state has long since retired its county-by-county, tiered reopening system, more than a dozen counties, including Los Angeles and Riverside, would now be classified under California’s prior most restrictive tier that forced many businesses to close.

“If I were in his situation, I’d be pretty mad at the [unvaccinated], too, because they’re not helping anything,” said Joseph Tuman, professor of political and legal communication at San Francisco State. “They’re just making his job more difficult and they’re also making it more possible to spread this disease. He’s screwed no matter what he does.”

Tuman said Newsom’s decision to call out conservative pundits could also work to excite his own base.

California reported a daily average of 11.2 new cases per 100,000 residents as of Sunday, up from as low as two cases last month. Health experts have said California’s vaccination rates provide considerably more protection than in prior surges of the virus, but the state has not reached herd immunity.

More than 60% of Californians have received at least one dose of the COVID-19 vaccine, and nearly 53% are fully vaccinated, according to data compiled by The Times.

Newsom has so far appeared reluctant to reinstate mask requirements or business restrictions, choosing to leave those tough decisions to counties. The governor’s Monday announcement stopped short of requiring state employees and healthcare workers to get vaccinated and instead calls for weekly testing of the unvaccinated.

Last week, Newsom avoided directly answering questions about whether he would consider a mask mandate for the entire state and he used the opportunities at news conferences to advocate for vaccinations.

But the governor’s talk about vaccinations took a more critical tone on Monday, when he name checked Carlson, U.S. Sen. Ron Johnson (R-WI) and U.S. Rep. Marjorie Taylor Greene (R-GA) for spreading misinformation about the vaccine.

“It’s a choice to live with this virus and with all due respect, you don’t have the choice to go out and drink and drive and put everybody else’s lives at risk,” Newsom said. “That’s the equivalent of this moment with the deadliness and efficiency of the delta [variant]. You’re putting other people’s, innocent people’s lives at risk.”

Newsom similarly blamed the unvaccinated for putting businesses at risk and threatening the ability of children to return to school in person later this year.

“Your choice not to get vaccinated and to listen to these pundits that are profiteering off misinformation, intentionally misinforming, comes at a real societal cost,” Newsom said.

Newsom’s comments inspired a spat on Twitter with Greene, who said the governor’s “communist dictatorship” is exhausting to the people of California.

“Shutting down businesses, closing churches, schools, and beaches is disgraceful,” she tweeted. “Mandating vaccines against people’s will is unconscionable, which is why you’re being recalled.”

Newsom fired back, suggesting her misinformation was “murderous.”

“Your anti-vaccine lies are literally killing Americans,” Newsom tweeted Monday. “Your own supporters are following you off a cliff and into the ICU. Come clean about vaccines — they save lives.”

The question of how to address vaccines as governor could also be a tough topic for Newsom’s recall opponents.

When asked how she would persuade people to get vaccinated in an interview with the Los Angeles Times earlier this year, Caitlyn Jenner said she was in support of vaccines, but “also not wanting the government to tell everybody, ‘You have to get a vaccine.’ It is a personal choice.”

“We’ve done a great job of getting vaccines available to people, and it’s so simple to do,” Jenner said in May. “But it’s your decision and nobody else’s.”

Assemblyman Kevin Kiley (R-Rocklin), who is running for governor and has said publicly that he is vaccinated, condemned Newsom’s announcement Monday that state and health workers would need to show proof of vaccination or submit to COVID-19 tests.

“Today’s announcement shows Gavin Newsom hasn’t learned anything,” Kiley said in a statement. “My approach would be to trust and respect the people of California.”

Another candidate, former San Diego Mayor Kevin Faulconer, accused Newsom of trying to make the “fight against COVID-19 overtly political, launching partisan attacks against his opponents to distract from his checkered response to the pandemic.”

“Our goal must be to get as many Californians vaccinated as possible, without further politicizing this issue,” Faulconer said in a statement.