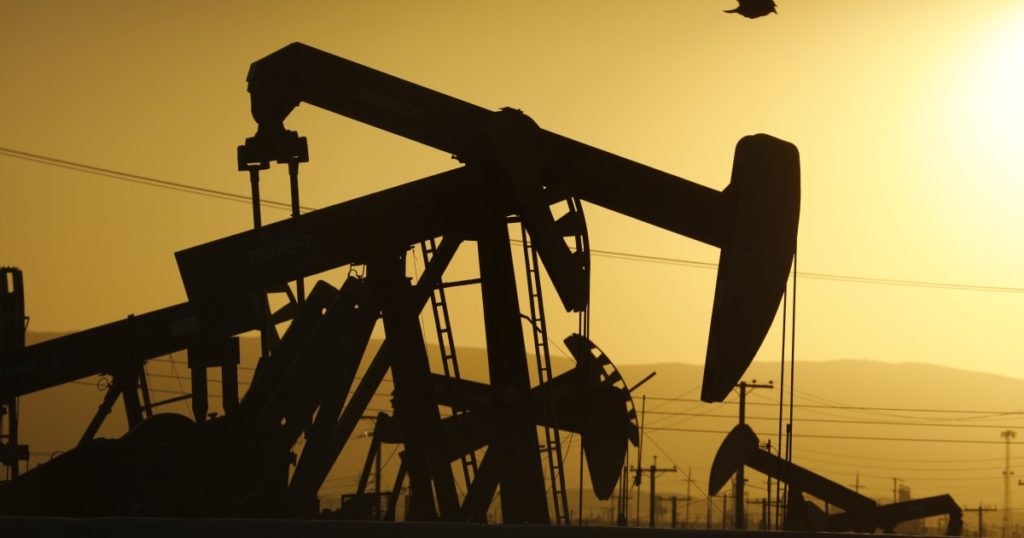 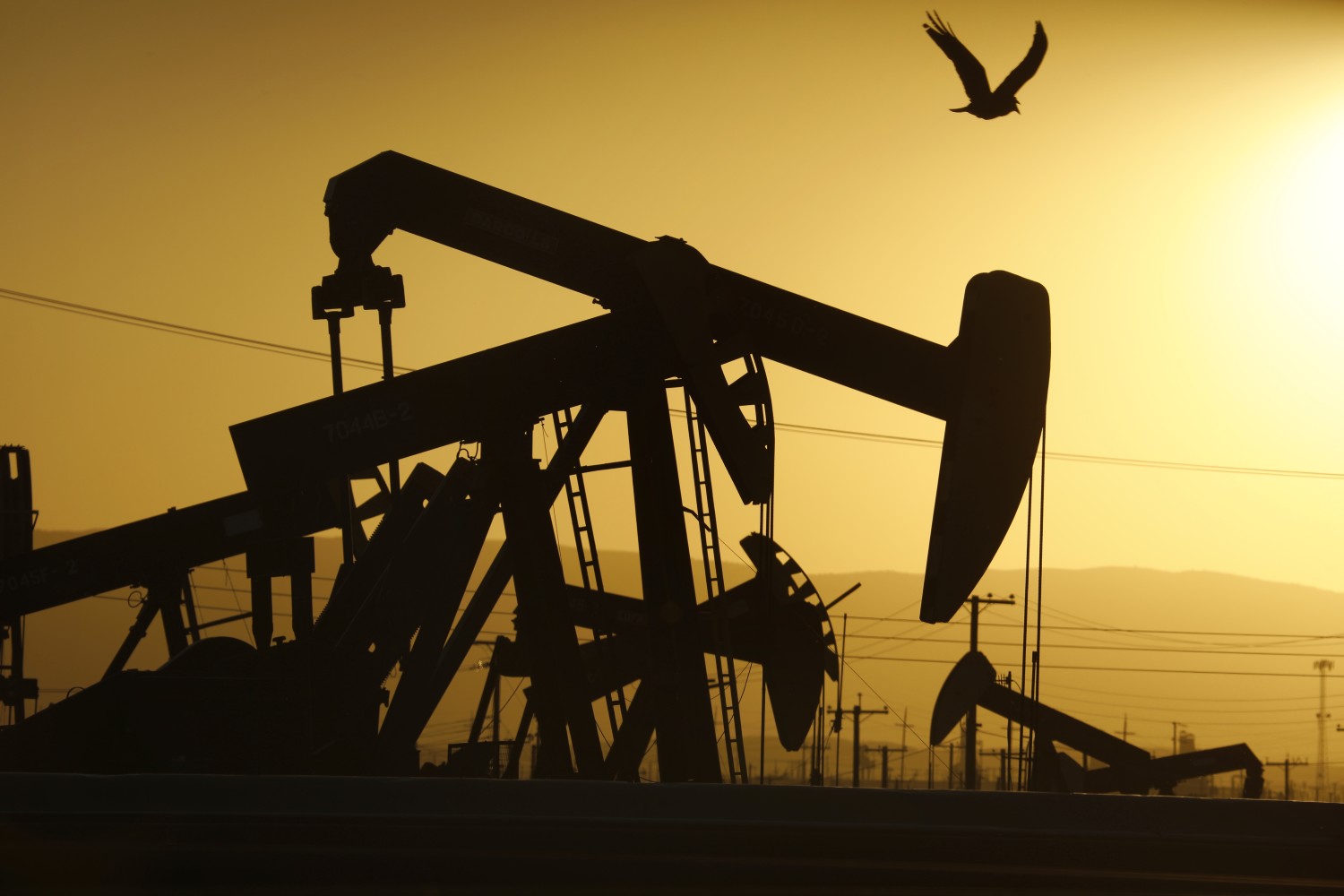 Gov. Gavin Newsom on Friday took action to ban new permits for hydraulic fracturing starting in 2024, halting the controversial oil extraction method reviled by environmental activists, and called on the state regulators to evaluate phasing out all oil production in the state by 2045.

Newsom’s announcement comes as a recall campaign against him appears close to qualifying for the ballot and is a reversal from the governor’s previous statements that he lacked the executive authority to ban hydraulic fracturing, commonly known as fracking.

The statewide ban on new fracking permits will be imposed administratively in 2024 by the state Department of Conservation, which regulates California’s oil and gas industry, giving the agency time to draft the new mandate. Newsom is asking the California Air Resources Board to analyze how to end all oil extraction in the state by 2045. The governor’s office said that plan would dovetail with the California’s effort to achieve economy-wide carbon neutrality by 2045, including Newsom’s call to ban the sale of new gas-powered vehicles in the state by 2035.

“The climate crisis is real, and we continue to see the signs every day,” Newsom said in a statement released Friday. “As we move to swiftly decarbonize our transportation sector and create a healthier future for our children, I’ve made it clear I don’t see a role for fracking in that future and similarly, believe that California needs to move beyond oil.”

Under Newsom’s plan, the air resources agency will evaluate the economic, environmental and health benefits and effects of eliminating oil extraction, and his administration will also determine who how to address the loss of jobs and impact on local economies due to the policy.

Leaders from state trade unions, whose membership includes pipe fitters and electrical workers who work at California’s refineries and in other sectors of the petroleum industry, issued a scathing response to the action, saying it would cost thousands of well-paying union jobs and devastate the economies in towns in the heart of California oil country, including in Kern County.

“Every student, every firefighter and every resident of Kern County will be hurt by the governors political announcement today,” John Spaulding, Bakersfield, Executive Secretary, Kern County Building Trades. “We will work to oppose this effort for our membership, their families, our schools and our future. I have one question for Gavin Newsom, are our jobs too dirty for you?”

“Like NAFTA, all this directive does is export California jobs, in this case to the Middle East and Russia. By cutting our local production by a full 20% in the near term with a reckless plan to cut entirely, California will need to tanker billions of dollars’ worth more oil and gas thousands of miles from foreign countries to meet California’s existing needs,” said Robbie Hunter, president of the State Building and Construction Trades Council of California.
“This announcement, steeped in politics rather than facts and science, will bring about the loss of tens of thousands of good, middle-class, blue-collar jobs and double the cost of gasoline and diesel, adding more weight to the backs of already struggling California families.”

Environmentalists have been pushing to outlaw fracking in California for years without success. The ban announced Thursday is more symbolic than industry changing: Fracking accounts for just 2% of the oil production in the state, according to the state Department of Conservation.

In September, Newsom called on lawmakers to send him legislation banning the oil extraction practice. That pronouncement was greeted with skepticism by lawmakers who said barring the controversial practice would require more from Newsom than just words.

Sweeping legislation to ban fracking and other “enhanced oil recovery” methods, as well as to mandate health and safety buffer zones around oil and gas wells, failed in the state Senate last week. R.L. Miller, chair of the California Democratic Party’s environmental caucus, criticized Newsom for not doing more to support the bill, even though it went far beyond his request for solely a ban on fracking.

The bill’s co-author, state Sen. Scott Wiener (D-San Francisco), said from the outset that the proposal would have a major impact on oil production in California and face significant obstacles in Sacramento. Wiener’s bill and other calls for a ban on fracking have faced strong opposition from California’s oil industry, which holds tremendous political sway among Central Valley legislators, along with trade unions, a powerful force within the Democratic Party.

A proposed fracking moratorium stalled in the Legislature in 2014.

Since taking office, Newsom has faced pressure from influential environmental groups to ban new oil and gas drilling, and completely phase out fossil fuel extraction in California, one of the nation’s top petroleum-producing states. But the Democratic governor pushed back, promising to take a more measured approach that addressed the effects on oil workers and California cities and counties that are economically dependent on the petroleum industry.

While Newsom’s request amounts to only a study of phasing out oil extraction, it nevertheless is expected to rattle California’s billion-dollar oil and gas industry that already has been on the decline. According to the U.S. Energy Information Administration, California’s crude production peaked in early 1986 and has since declined by more than two-thirds.

“This would be the first jurisdiction in the world to end oil extraction,” said Jared Blumenfeld, California’s secretary of environmental protection. “It’s a big deal. I think it really helps frame all the other activities that we’re doing some really important and clear signal that we need to build a just transition for that industry.”

Newsom previously insisted that he lacked the authority to ban fracking, a position he reiterated in September when he called on California lawmakers to impose the ban.

“We simply don’t have that authority. That’s why we need the Legislature to approve it.,” Newsom told reporters. “It is substantive, but it also is symbolic. We have to do more on the demand side, and that’s why today we think we’ve made a bold and big step in advancing that cause.”

Wade Crowfoot, California’s Natural Resources secretary, said the governor’s preference was to impose the fracking ban through legislation but that didn’t appear likely to happen.

“We’re confident in our ability to prohibit the practice of fracking through this regulatory process,” Crowfoot said.

Newsom imposed a temporary moratorium on new hydraulic fracking permits in 2019, saying they should undergo independent scientific review. A year ago, however, his administration began issuing fracking permits once again, frustrating environmentalists.

During his 2018 campaign, Newsom vowed to tighten state oversight of hydraulic fracturing and oil extraction in California.

Months after taking office, Newsom fired California’s top oil industry regulator after news reports indicated that the new governor’s administration was issuing hydraulic fracturing permits at twice the rate as that under the administration of Newsom’s predecessor, Gov. Jerry Brown.

A 2016 poll by the nonpartisan Public Policy Institute of California found that most likely voters in the state opposed fracking and increased oil drilling off the coast. A vast majority also favored stricter emission limits on power plants in an effort to address climate change.

California is home to 26 million vehicles with internal combustion engines, and the oil industry helps support close to 368,000 blue-collar jobs in the state, according to the Western States Petroleum Assn.