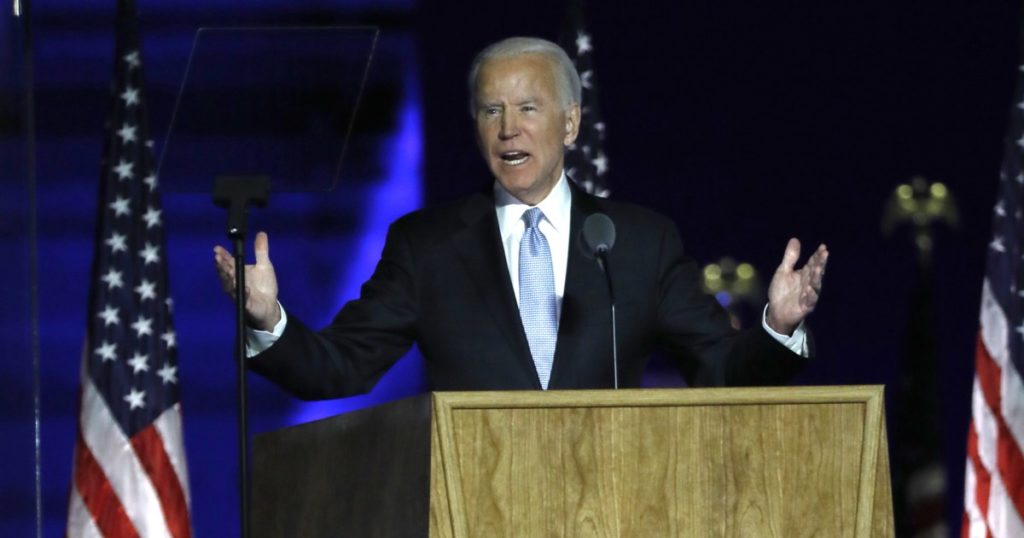 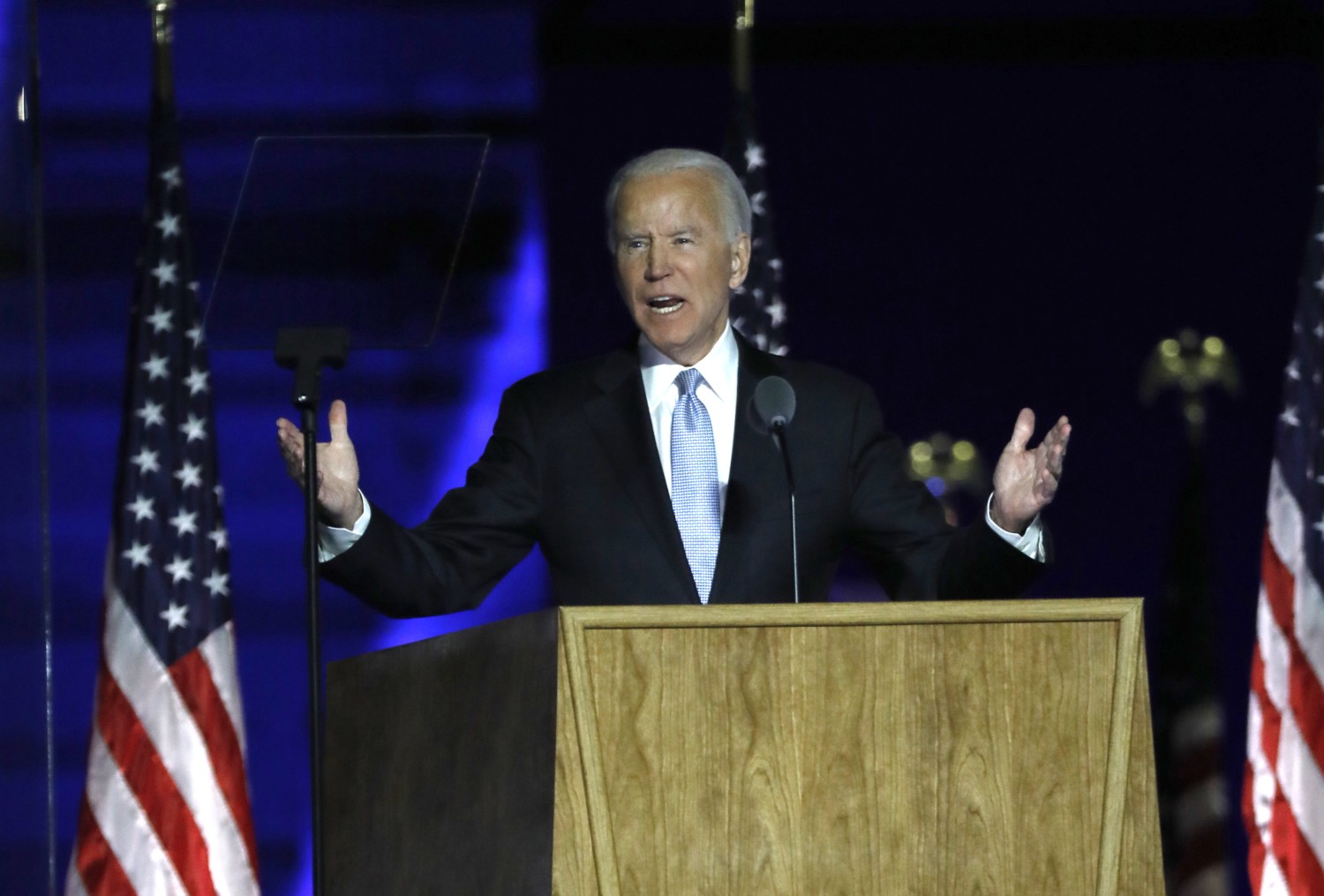 Joe Biden may have ended the hurricane-force presidency of Donald J. Trump, but his victory extends a broader trend away from relative stability to a time of remarkable political upheaval.

From 1960 to 1978, there were three elections in which control of the White House, the Senate or the House of Representatives switched parties. From 1980 to 1998, there were four.

Since 2000, there have been nine elections in which power shifted, with Biden’s election being the latest.

The last 20 years have seen two of the most consequential events in modern history: the 9/11 terrorist attacks and the COVID-19 pandemic. Both changed our lives. Think of winding your way through airport security in your stocking feet, those Zoom meetings that (hardly) substitute for face-to-face contact, or the plexiglass barriers at the supermarket checkout stand.

The calamities bracketing the first two decades of the century surely had a political impact; it’s quite possible Trump might have won a second term were it not for his ham-fisted handling of the pandemic.

But neither event accounts for this period of unusual volatility. Instead, there are several factors, including money, partisanship, political overreach and what might be called the Amazon mentality.

More money is pouring into campaigns than ever.

Spending in the 2020 election is expected to reach nearly $14 billion, according to the Center for Responsive Politics, which tracks campaign finance. That’s twice what was spent in 2016.

One big reason is the Citizens United case, which ended in a 2010 Supreme Court ruling that freed political action committees to raise and spend unlimited sums of money. Another is the internet. To say the growth of online fundraising has exploded is like suggesting it gets a mite chilly in Alaska in the winter.

It was impressive when the late Arizona Sen. John McCain raised more than $500,000 online in the 24 hours after an upset victory in New Hampshire’s 2000 presidential primary. This year, Biden collected $26 million in the 24 hours after selecting California Sen. Kamala Harris as his running mate, on the way to ringing up $365 million in contributions. In August.

He raised $383 million more in September.

The vast majority of lawmakers who seek reelection are returned to Washington. But it’s never been easier for challengers to raise money and knock off members of Congress, or at least give them the scare of their lifetime.

Incumbency — at least from a financial standpoint — isn’t what it used to be.

The ticket-splitting voter may be going the way of other quaint political customs, such as straw boaters, torchlight parades and political conventions that people actually watch.

In 2016, for the first time since the direct election of U.S. senators in 1914, every Senate race went the same direction as the presidential race. In other words, if Trump won a state, the seat went to a Republican. If Hillary Clinton prevailed, the seat went Democratic.

The pattern held this time with the exception of Maine, where Biden won and Republican Susan Collins was reelected to her fifth term, and perhaps Georgia, a Biden state where both GOP senators are favored to prevail in runoffs to keep their seats.

America has been increasingly sorting itself by political preference, dividing into unyielding tribes. There used to be an abundance of center-left Republicans and center-right Democrats. No more.

Media that cater to one partisan viewpoint or the other reinforce that separation and estrangement, presenting each side with its own set of “facts” and version of “the truth” it holds self-evident.

A survey conducted by pollster Bill McInturff and his Republican firm found about 9 in 10 people voted this election for the same party for Congress and the White House, compared with less than two-thirds in 2000.

If partisanship is what makes up voters’ minds, job performance matters a great deal less. “You can be a really good member of Congress, working hard,” McInturff said, “but if the top of the ticket is a member of the other party and people are straight-ticket voting, you may be a goner.”

The magician who conjures items — a scarf, a white dove — from thin air has nothing on the politician claiming a mandate.

It is — presto! — whatever she or he says it is and whatever the political traffic will bear. The latter is particularly important.

Time and again in the last 20 years, presidents and congressional leaders have overreached, seeing their party’s success at the polls as license for the kind of drastic change that is certain to antagonize half or more of a polarized electorate.

Republican George W. Bush sought to revamp Social Security after his 2004 reelection. Democrat Barack Obama reengineered the nation’s healthcare system after winning the White House in 2008. With Trump in the White House, congressional Republicans in 2017 sought to undo the Affordable Care Act, which proved a good deal more popular in practice than it had been in theory.

On each occasion, the president’s party paid the price, losing at least one house of Congress in the next midterm election.

Can I get that yesterday?

We live in a society in which attainment is just a few computer keystrokes away.

“Our culture is all about instant gratification,” said Don Sipple, a media strategist whose political clients included Bush, Arnold Schwarzenegger and Jerry Brown. “You don’t have to get into the car to drive to Sears anymore. You want something, you order it online, and, boom!” It’s there on the doorstep.

Patience is no longer a virtue. You can’t even order it on Amazon.

That means political promises have a shorter-than-ever shelf life, and woe to the party that fails to come through. Or over-promises and under-delivers.

With an election every two years, hair-trigger voters don’t have to wait long to evict one party from power and give the other a similar short-term lease.

Biden is just getting started on his transition to the White House. He won’t take office until Jan. 20. Trump, for his part, still refuses to concede the election.

But the clock is already counting off time for Biden and fellow Democrats in Congress who’ll be on the ballot in 2022 — which could be the fifth straight change election if voters decide they’re unhappy with what’s being delivered.