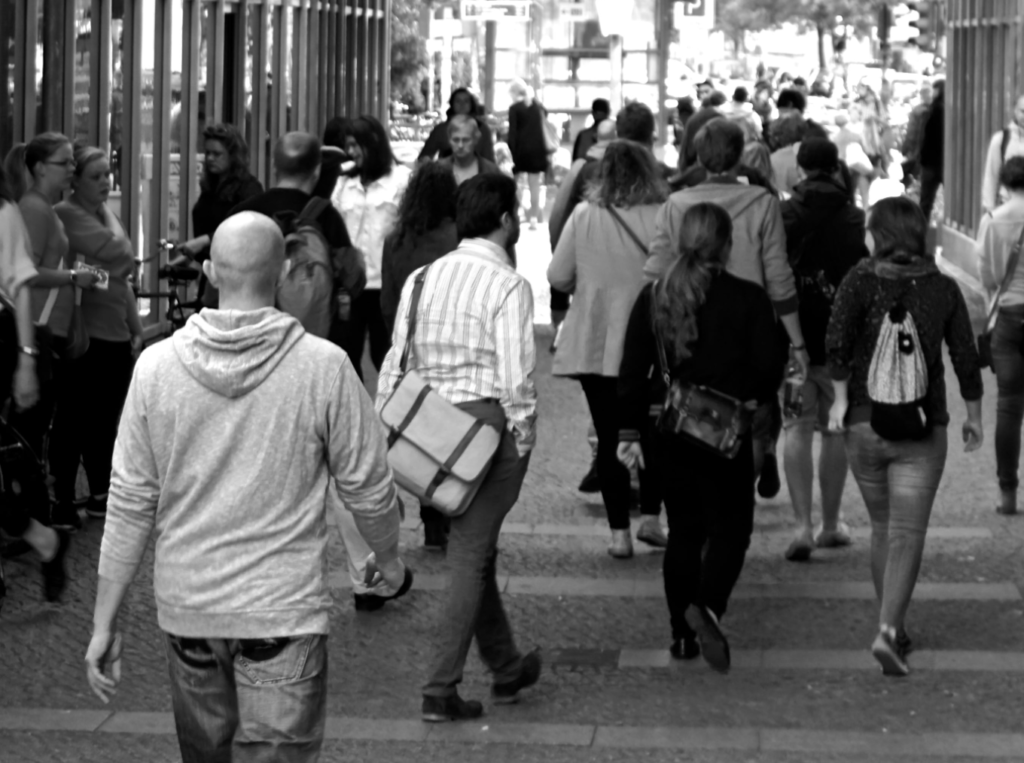 A new traffic forecasting model may soon give cities the tools they need to project how a proposed development will impact a pedestrian’s ability to get around — and rethink their decision if project discourages people from walking.

Massachusetts Institute of Technology Researcher Andres Sevstuk has created a sophisticated new methodology for estimating changes in the volume of walkers on city streets at different times throughout the day in response to changes in the built environment, in much the same way that planners estimate how vehicle traffic will change after they break ground on a building or roadway redesign. Municipalities across the country routinely require these traffic impact assessments (TIAs), but don’t even try to figure out how the new developments they approve will impact non-drivers.

“In the U.S., if the TIA forecast that a project would put more traffic onto city streets than the current road design can tolerate, then the developer typically has to pay to address that — maybe by building extra parking, or paying to widen a road, or paying to adjust traffic signal timing,” said Sevstuk. “The hope is that someday, we would start doing traffic models for pedestrians on every project — with the mindset that the more walkers, the better.”

Planners already have some tools to guess how many walkers will show up (or evaporate) after they build a sidewalk or demolish a pedestrian bridge, but Sevstuk says they’re not very precise. Many professionals base their predictions on the (tiny) number of people who self-report on a census form that they walk to work, or based on industry formulas that give planners a rough average of how many walking trips tend to be generated by a few different types of land use.

But most of the data upon which those formulas are based came from suburban communities — and unlike vehicle traffic models, which are calibrated against local driver counts to be more accurate, these estimates aren’t fine-tuned for the specific community they’re meant to serve, because cities so rarely bother to count their walkers.

“We have been collecting count data about vehicle movement for decades,” Sevstuk said. “In large cities, there are thousands of count points; almost every intersection in cities like Los Angeles have count detectors for cars. If we put even a fraction of that money towards pedestrian counting, it would have a dramatic effect.”

By contrast, Sevstuk’s model (recently published in the Journal of the American Planning Association) was honed using a comprehensive count of real pedestrians who moved through a nearby Cambridge neighborhood throughout the day, as well as information about their probable destinations within the neighborhood that they might visit. That’s a little different than existing traffic models, which tend to flatten complex urban landscapes down to blocks of broad land use types that people move through, rather than treating them as collections of distinct places where people actually go, like homes, workplaces, restaurants, and transit stops.

The model also incorporates a “detour ratio” of 15 percent into his model, which means it doesn’t assume that a walker will always take the shortest path between two points the way drivers typically do.

Sevstuk said the tool, ideally, would be re-calibrated by each community using at least some local walking data, but even without those inputs, it can predict pedestrian volumes with roughly 70 to 80 percent accuracy.

“Predicting where pedestrians will go is actually not really that much harder than doing traffic models,” Sevstuk said. “It’s just that for whatever reason, scholarship and the transportation industry have historically focused on vehicle movement. What we’ve simply done here is brought similar models to pedestrians — and we can do it fairly precisely.”

Modeling where walkers are likely to go throughout the day isn’t only useful for helping a city decide whether or not to build that new park (or parking lot.) It could also be a critical tool to identify where to prioritize pedestrian improvements that planners haven’t even considered yet, even if local transportation officials don’t have the money to install a walk counter on every single corner. Overlaying projections with actual pedestrian crash data and data on corridors that have been historically disinvested could be even more helpful as leaders work towards ending traffic violence and making cities more equitable.

“This can help establish a citywide pedestrian census of sorts,” Sevstuk said. “Based on a limited amount of pedestrian count data, you can get at least a limited sense of pedestrian flow on pretty much every street in a city. If you did that — and if that were made publicly available — it would provide a great resource for advocates, and help put scarce tax dollars to the best use.”

But Sevstuk emphasizes that the more pedestrian data a city collects, the better his model will perform — and because the number of people out walking is often a critical indicator of the health, vibrancy, and economic vitality of a city overall, they should probably be doing it anyway.

“A lack of pedestrian activity … signals built environments that fail to offer origins and destinations within walking range or that compromise basic safety, comfort, and stimulation standards necessary to bring people out on foot,” he wrote in the study.

Americans don’t have to tolerate those failures — and if planners start designing communities to maximize the number of people on foot rather than maximizing level of service for drivers, maybe they won’t have to.