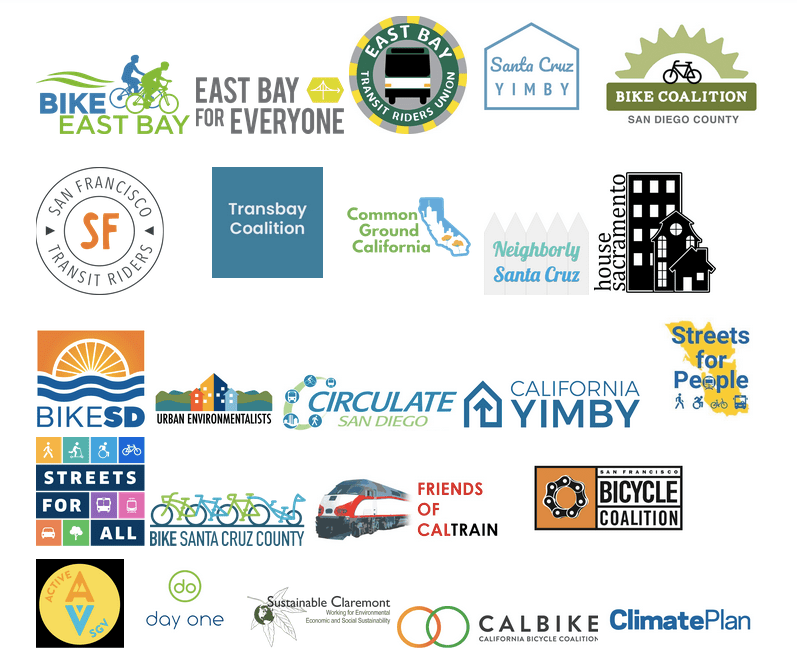 With the new legislative session, California has opportunities for new leadership that recognizes that transportation policy can be a tool for fighting climate change.

One important vacancy that will be filled soon is chair of the influential Senate Transportation Committee. Senator Jim Beall has retired after serving six years as head of that committee – and many more as a leader on transportation issues in both the Senate and Assembly. Beall was the author of S.B. 1, the long-sought gas tax increase, as well as a bill ensuring that transit capital projects would receive some of the money coming from cap-and-trade.

A group of advocates for transit and climate friendly policies sent a letter to Senate President Pro Tem Toni Atkins recommending she appoint a new chair who is a climate champion that understands the importance of transit investments.

The letter, signed by 23 organizations so far, appreciates Senator Beall’s long-standing “commitment to fighting climate change, improving mobility justice, and spurring economic growth through his pro- transit, biking and walking efforts during his time in the Senate.”

It points out that transportation is not only the single largest source of carbon emissions in California, but that the lack of reliable, affordable, and healthy transportation options is causing hardship for many communities. “For California to meet its vital climate and social equity goals, it is critical that the next Chair of the Senate Transportation Committee be a champion for transit, biking, walking and accessibility,” reads the letter.

The signatories recommend Senator Atkins appoint a chair who will prioritize rail investment, funding bus operations and bus-only lanes, be a champion for investments in making biking and walking viable options for more people, and support efforts to improve coordination and efficiency among transit agencies.

The organizations have refrained from floating any specific names from among Senate membership. “There are a lot of great candidates,” according Carter Lavin of the Transbay Coalition, which spearheaded the letter. Ultimately the chair should be someone who recognizes the importance of addressing climate change in all policies, and the need to create a transit-friendly future for California.

“The question here is, what does transit-friendly mean? It could be someone with a rural perspective; it doesn’t necessarily mean someone with an urban view of transit in a dense area,” said Lavin.

2020 has been a year of education for legislators and others on issues from criminal justice to equity to climate, he added. And ultimately, the new chair of the Senate Transportation Committee “needs to be a climate champion.”

The full letter can be found here.

The letter has been sent to Senate President Pro Tem Atkins, but more are welcome to sign on, and the Pro Tem’s office will be updated. To add your organization’s name, send a message via Twitter to @TransbayC.