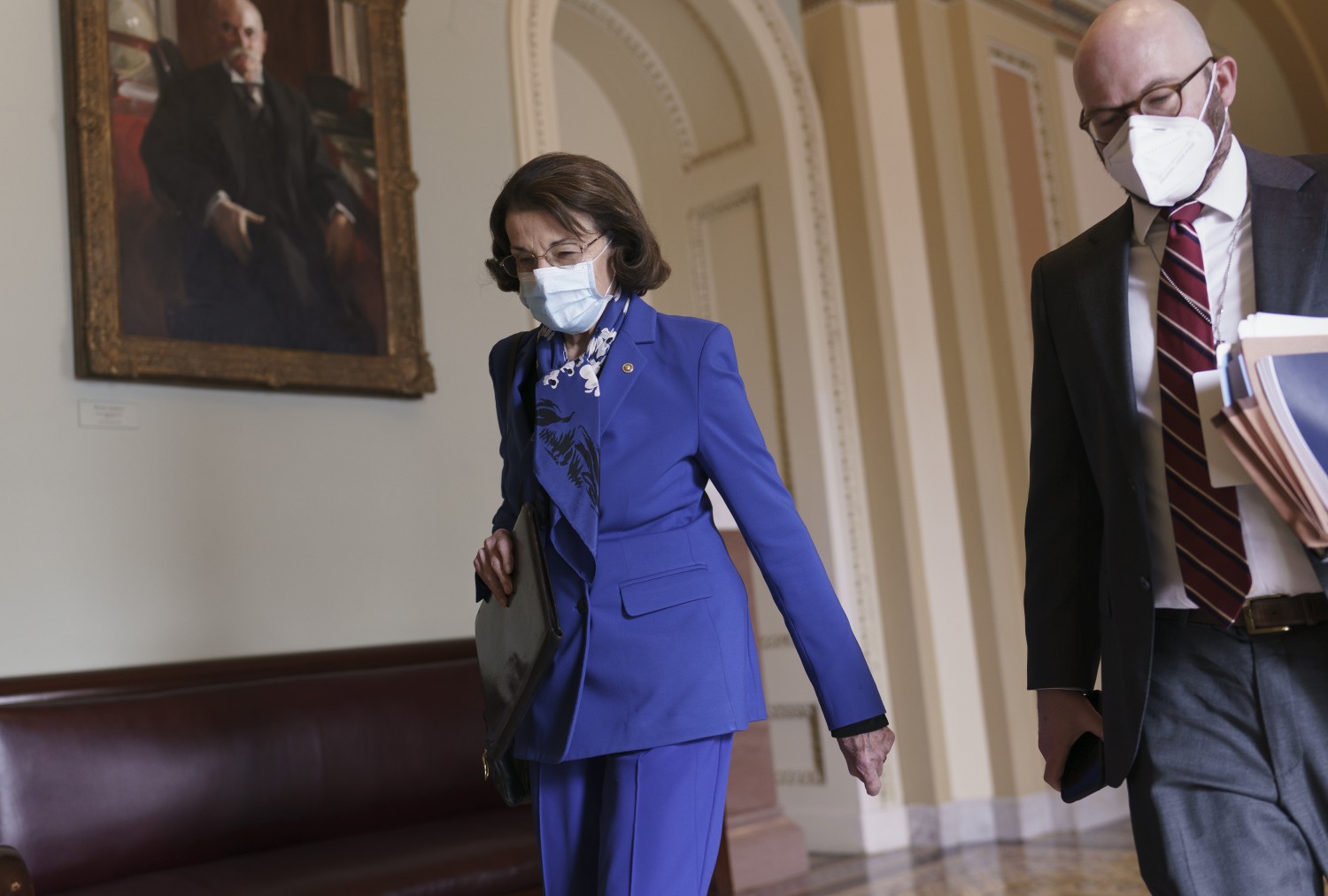 Sen. Dianne Feinstein’s approval ratings have fallen sharply in her home state, a new poll showed, marking the first time in her nearly three-decade Senate career that a plurality of Californians hold negative views of her job performance.

Just 35% of registered voters in the state approve of Feinstein’s work, according to the Berkeley IGS Poll released Thursday, while 45% disapproved. The same percentage of voters statewide — 45% — said the senator is less effective than she was in the past, while just 22% believe she is as effective as ever.

While Feinstein’s support has tumbled, the poll found a warmer reception for her colleague, Sen. Alex Padilla, who was appointed to fill the seat vacated by Vice President Kamala Harris. Statewide, 47% of voters approved of Padilla’s selection by Gov. Gavin Newsom, and 54% of respondents believed it was important for a Latino to be appointed to the Senate.

Harris emerged as the most popular California political figure, with 56% of voters having a favorable view of the newly minted vice president. Padilla and Xavier Becerra, the state’s attorney general and nominee to lead the Health and Human Services Department in the Biden administration, also received positive assessments.

“It’s telling that the top three most popular elected officials in California are Harris, Padilla and Becerra,” said Cristina Mora, co-director of the Institute of Governmental Studies. “In many ways, this reflects a much more immigrant, much more multiracial understanding” of the state’s population.

Feinstein’s underwater favorability is a reversal from just three years ago, when 48% of Californians approved of her job performance and 37% disapproved. She raised eyebrows when, at age 85, she ran for another six-year term in 2018; she won that race by 8 percentage points, her narrowest margin of victory since 1994.

Now 87 and the oldest member of the Senate, Feinstein faced vigorous backlash from progressives in her party who felt she was not tough enough in last year’s confirmation of Supreme Court Justice Amy Coney Barrett. In November, Feinstein opted to not pursue leadership of the high-profile Judiciary Committee, despite being in line to be the panel’s first female chair.

The steepest decline in support came from within Feinstein’s party. The IGS poll found that 50% of Democrats approve of the job she is doing, down 17 percentage points from three years ago.

“She’s been there for a long time,” Mora said. “There’s now an appetite for change.”

The IGS poll was conducted online in English and Spanish from Jan. 23 to Jan. 29. It surveyed more than 10,000 registered voters in California and the estimated margin of sampling error is plus or minus 2 percentage points.