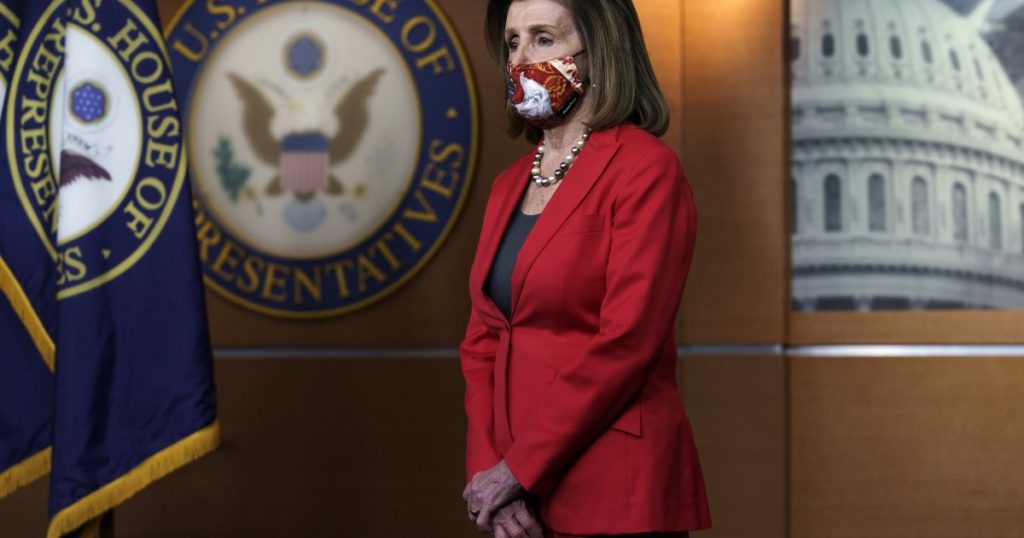 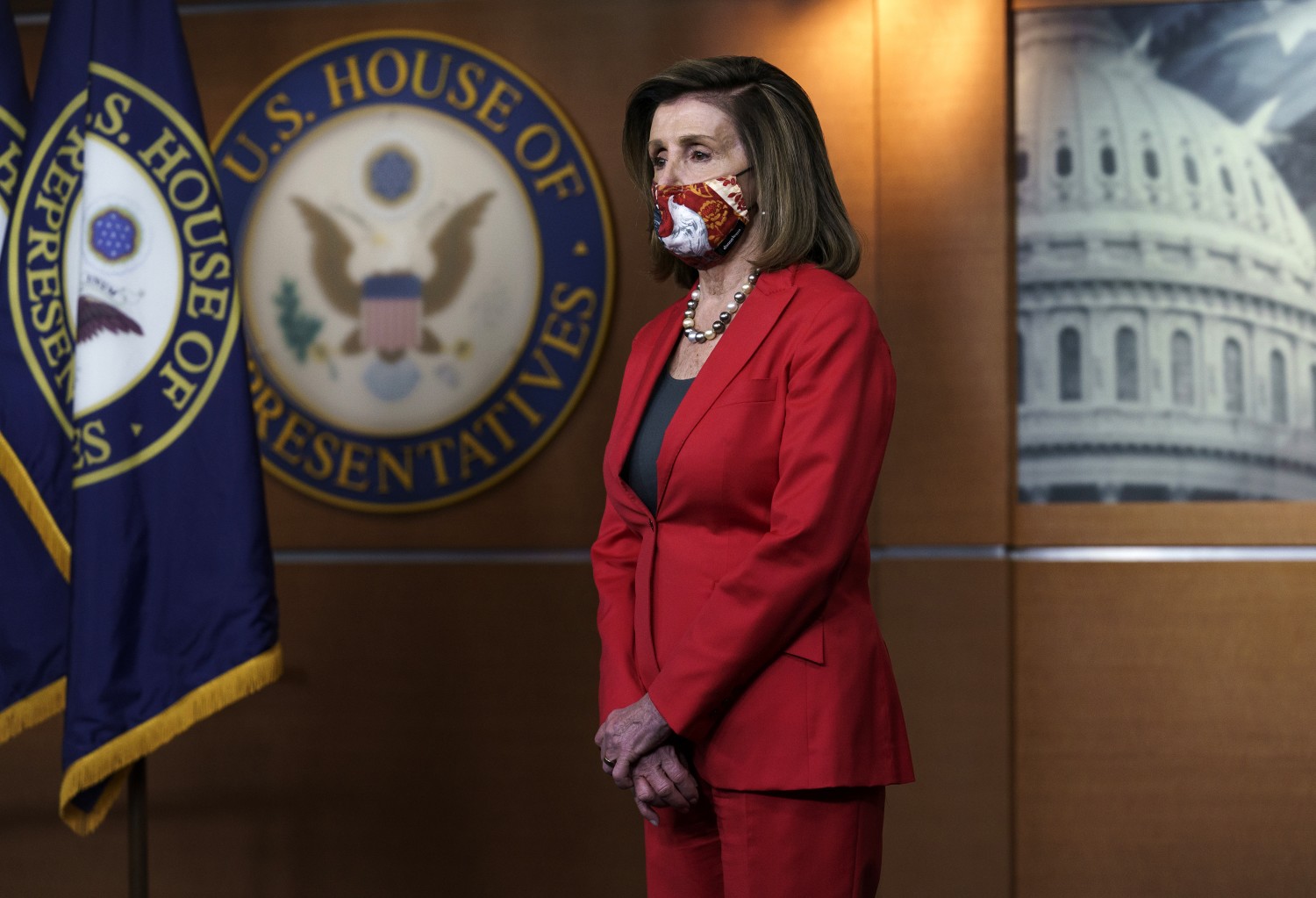 Nancy Pelosi is about to take the reins of the smallest House majority in nearly a century. Control of the Senate is still up for grabs. And President Trump’s allies in Congress have pledged that on Wednesday they’ll disrupt the normally ceremonial process of accepting the results of the presidential election.

Welcome to the 117th Congress. Buckle up.

The first test of Pelosi’s razor-thin majority comes Sunday, when the newly sworn-in House elects its speaker. Democrats have a 222-211 edge, with one race still undecided and a vacancy after Rep.-elect Luke Letlow, a Louisiana Republican, died Tuesday of COVID-19.

It’s the narrowest margin of control since the 1930s. A House majority requires 218 seats.

After 18 years of leading her party in the House, Pelosi is unopposed for what is expected to be her final term as speaker. Republicans are expected to support Minority Leader Kevin McCarthy of Bakersfield, meaning Pelosi can afford to lose only a few Democratic votes and still win the gavel.

Pelosi told reporters last week that she was “fine” in terms of support. But only those who are physically in the chamber may cast a ballot, and with several House members or members-elect staying home because they have been exposed to the coronavirus, some Democrats are anxious about the potential for a nail-biter of a vote.

In 2018, 15 Democrats did not vote for Pelosi; 10 of them are still in Congress. She is expected to win, but members could wrest promises from her about rule changes or legislation to secure their votes.

Ed Pagano, who was a top legislative advisor to President Obama, laughed at the idea that a Democrat would cast a protest vote against Pelosi when it could cost their party control of the chamber.

“She knows her caucus really well,” he said, adding that he didn’t see how she could lose.

But once that vote is complete, Pelosi will have to wrangle the discordant portions of her caucus, which faces a burgeoning intraparty battle between moderates and progressives over how best to govern.

Opposition to Trump has helped hold them together, but a tight margin means a handful of members from any faction — such as the so-called Squad, a group of young progressive women — will be able to block legislation. And they know it.

“Speaker Pelosi has her work cut out for her,” Pagano said. “It’s going to be tricky.”

The speaker will need the support of Democrats across a wide ideological spectrum — from progressives like the Squad’s Rep. Ilhan Omar of Minnesota, who make up the majority of the caucus, to moderates like Virginia’s Rep. Abigail Spanberger, whose wins in traditionally Republican areas helped Democrats secure the majority.

“The smart calculus is how much can [Pelosi] do symbolically to appease the progressives while giving her majority-makers more substantive wins,” said Michael Steel, who was a top aide to former Rep. John A. Boehner, the Ohio Republican who was House speaker until he was pushed aside by the far right of his party in 2015.

“Of course, we have our differences in approach and some other ideas. And that’s our vitality,” Pelosi told reporters Wednesday at her weekly news conference. “I would not want to be a leader of a party that was rubber-stamp, lockstep. That’s called Republicans.”

Arshi Siddiqui, a former senior advisor and counsel to Pelosi, said the House Democratic Caucus understands that with Biden in the White House, longtime party priorities that have languished during the Trump years have a better chance of becoming law.

“There will be a very spirited debate, but I think the unity holds because there is so much to do,” Siddiqui said.

For the first few months at least, the new Congress is expected to focus on negotiating another COVID-19 economic relief package.

“COVID is the 500-pound gorilla shaping the legislative road ahead,” Siddiqui said.

After that, she said, “threading that needle of bipartisanship is going to be extremely tricky. Regardless of the Georgia [Senate runoff] results, must-pass legislation and bipartisanship represent the most efficient route to legislation in 2021.”

Biden might have high hopes for big legislative accomplishments once he’s sworn in Jan. 20, and Democrats have a backlog of legislation that the Republican-controlled Senate has ignored. Yet even if Democrats pull off victories in both Senate runoffs, tight margins in both chambers have led leaders to scale back expectations.

“There is a tremendous opportunity to get some medium-sized things done on a bipartisan basis,” Steel said, pointing specifically to infrastructure, energy and immigration. “There’s not going to be any sweeping partisan legislation.”

There seems to be little incentive for House Republicans to assist Democrats in passing bills, especially after the fights of the Trump administration. And it remains to be seen how an out-of-office Trump will affect Republicans’ willingness to cooperate.

The outgoing president’s allies in Congress are expected to again display their loyalty to him and his base of supporters Wednesday by objecting during what is traditionally a ceremonial counting of electoral college votes and sparking a potentially hours-long debate before Biden’s victory is formally cemented.

Trump has led a falsehood-filled campaign to overturn the election results and has pressured lawmakers to help him. The effort has drawn criticism from Democrats and Republicans alike who worry it is undermining democracy.

Steel said the tight margin in both chambers gives Republicans more power heading into the new Congress than they had in the last session. They had unexpectedly large gains in 2020, reclaiming several seats they lost in 2018, and they have eyes on the midterm election, as those historically go against the party that holds the White House.

“They’re going to be a factor in a way they wouldn’t be in a bigger Democratic majority, particularly if various factions in Pelosi’s caucus are willing to buck her,” Steel said.

The Senate now stands at 50 Republicans, 46 Democrats and two independents who caucus with the Democrats. If Democrats win both Senate runoff races in Georgia, they will effectively have a majority, since Vice President-elect Kamala Harris can cast a tiebreaking vote in her role as Senate president.

If a Republican wins either race, Senate Majority Leader Mitch McConnell (R-Ky.) can continue to block Democrats’ bills from being considered.

Regardless of which party wins control of the Senate, the chamber’s 60-vote threshold to advance most legislation ensures pretty much only measures with bipartisan support will reach Biden’s desk.

It’s all a recipe for the 117th Congress to govern and end as it began — with a lot of uncertainty.