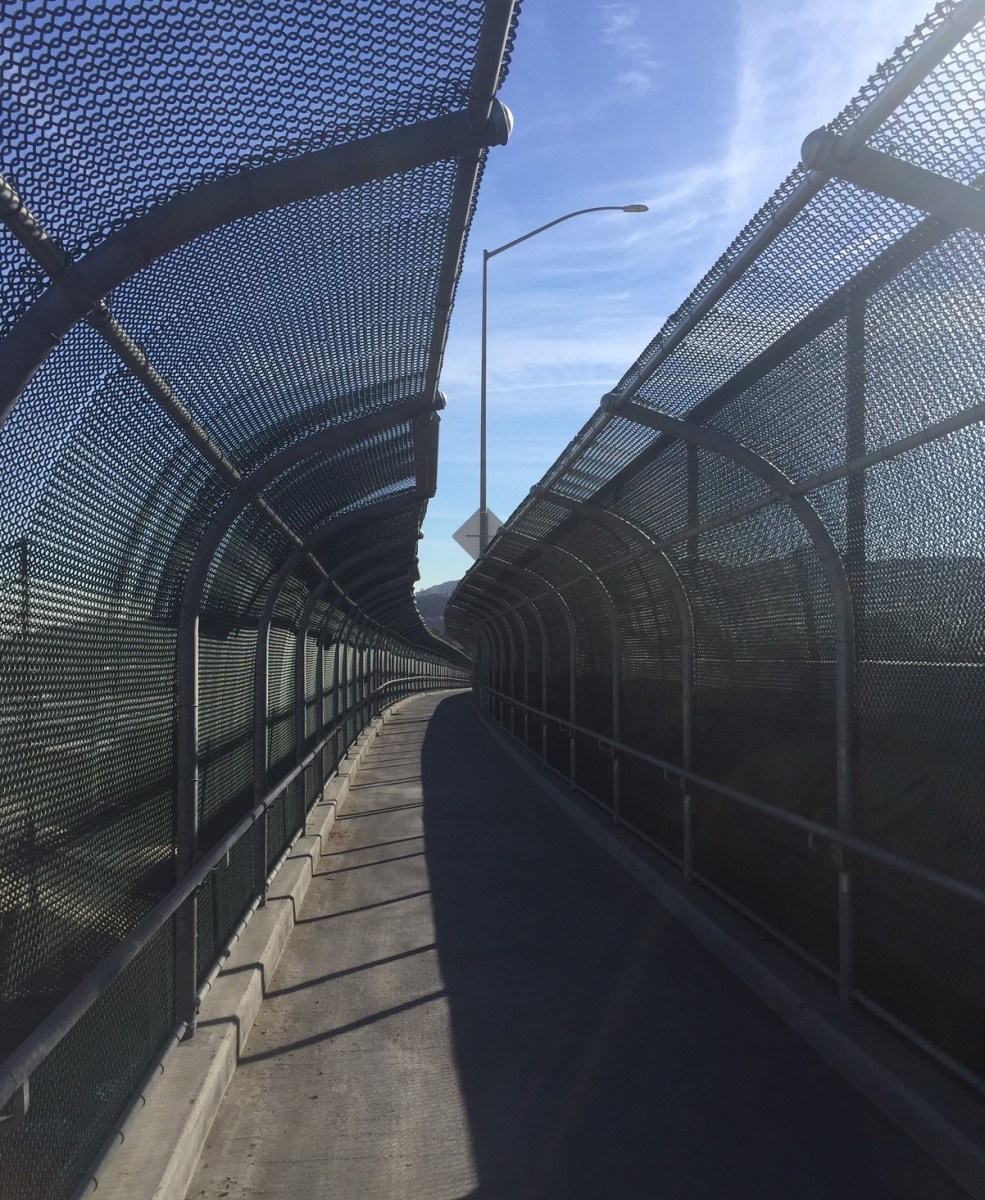 It’s not the prettiest or most welcoming walk/bike facility in Burbank, but Caltrans and Metro recently opened a new pedestrian bridge near Providencia Avenue in downtown Burbank. The facility does not cross the 5 Freeway, but hugs the side of the 5 while crossing railroad tracks.

The bike/ped crossing is part of Metro and Caltrans’ $1.3+ billion widening of the North 5 Freeway. That project is five years late and millions over budget. Though earlier Metro had refused to pay cost overruns that Caltrans is on the hook for, next week the Metro board Construction Committee will vote on a staff recommendation (page 12) to approve Metro paying an additional $73.2 million for the mega-project.

New pedestrian crossing at I-5 and Providencia Avenue in Burbank is open! Construction of this pedestrian bridge is part of the I-5 carpool lanes (HOV or High Occupancy Vehicle) widening project in #Burbank and #Glendale. More information at https://t.co/xA5vA0DF0i pic.twitter.com/SFVxbrGEej

The new walk/bike crossing replaces an earlier pedestrian bridge with more-or-less the same start and end points. The north end of the facility is on Bonnywood Place, very close to the Burbank Ikea. The south end of the bridge is on Flower Street, just east of Providencia.

The new path runs parallel to – and within just a dozen feet of – car and truck traffic on the 5 Freeway, meaning users are subject to plenty of noise, pollution, and particulate dust. Though the facility has some utility and preserves earlier walk/bike access, it’s the kind of hellscape that only a freeway traffic engineer can love.