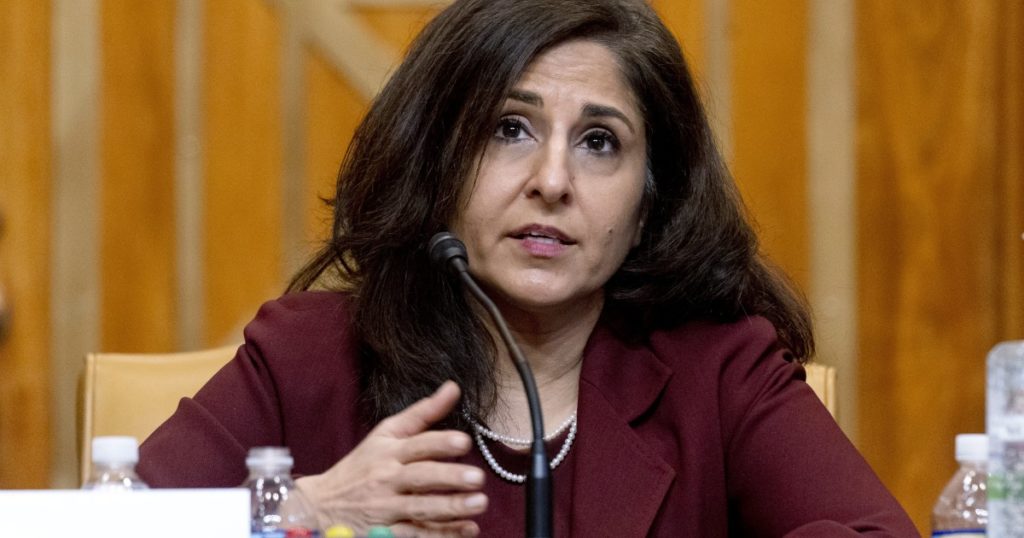 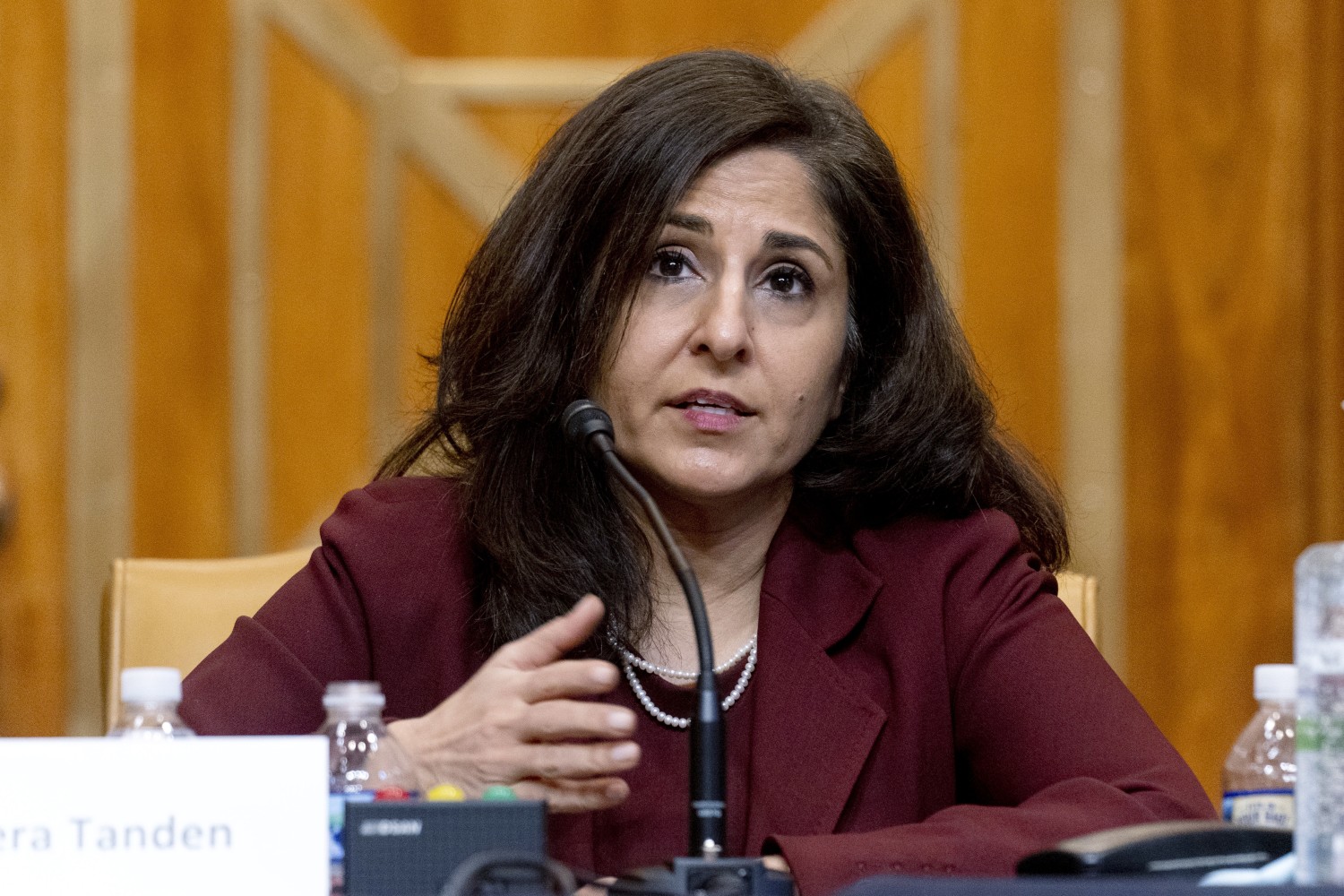 President Biden withdrew the nomination of longtime Democratic policy advisor Neera Tanden to be his budget director, an acknowledgment that she could not win the 50 Senate votes needed to secure confirmation.

“I have accepted Neera Tanden’s request to withdraw her name from nomination for Director of the Office of Management and Budget,” Biden said in a statement Tuesday night. “I have the utmost respect for her record of accomplishment, her experience and her counsel, and I look forward to having her serve in a role in my Administration. She will bring valuable perspective and insight to our work.”

By his statement, Biden confirmed advisors’ previous suggestions to reporters that, if Tanden were not confirmed, she would get another senior position in the administration, one that did not require Senate approval.

The collapse of Tanden’s nomination marked the administration’s first defeat in filling a Cabinet post. It also underscored the fragility of the slim Democratic majority in the evenly split Senate, where Vice President Kamala Harris is the tie-breaker, and the power each senator holds on party-line votes.

Tanden was opposed by Republican lawmakers who cited her acrimonious tweets attacking them during the Trump years, when she was serving as the director of a progressive think tank in Washington.

The White House had hoped to convince Republican Sen. Lisa Murkowski of Alaska to cast a decisive vote in support of Tanden, in defiance of her party’s united opposition to the nomination. On Tuesday evening, Murkowski told reporters that she did not tell the White House she would oppose the nomination: “No, I never did — they never asked.”

Even Murkowski was not spared in Tanden’s caustic Twitter feed. As Republicans crafted their tax bill in late 2017, Tanden tweeted that Murkowski was “high on your own supply” and that her defense of the bill was “all garbage.”

Tanden’s candidacy became imperiled last month when moderate Democratic Sen. Joe Manchin III of West Virginia announced that he would not support her nomination, leaving the White House in the position of having to win at least one Republican’s vote to secure her confirmation.

Manchin cited Tanden’s history of partisan tweets as the reason behind his decision.

“I believe her overtly partisan statements will have a toxic and detrimental impact on the important working relationship between members of Congress and the next director of the Office of Management and Budget,” he said. “We must take meaningful steps to end the political division and dysfunction that pervades our politics.”

Other Democrats supported Tanden’s nomination, pointing to her history as a policy advisor to Presidents Bill Clinton and Barack Obama. She also told a compelling personal story, about the role government programs have played in her own life as the daughter of a single mother who relied on public housing and nutrition programs.

Moderate Democratic Sen. Kyrsten Sinema of Arizona had not taken a public position on Tanden’s nomination, raising doubts about her support. After Manchin made his opposition public, the two moderate Republicans who were considered among the most likely to support Tanden, Sens. Susan Collins of Maine and Mitt Romney of Utah, made clear they would vote against her, too, also citing her tweets. In one, Tanden had called Collins “the worst.”

“Congress has to be able to trust the OMB director to make countless decisions in an impartial manner, carrying out the letter of the law and congressional intent,” Collins said in a statement. “Neera Tanden has neither the experience nor the temperament to lead this critical agency. Her past actions have demonstrated exactly the kind of animosity that President Biden has pledged to transcend.”

Collins also said Tanden’s deletion of her past tweets “raises concerns about her commitment to transparency.”

Tanden, who would have been the first Indian American woman to serve in the post, had been scheduled to receive a vote in the Senate Homeland Security Committee late last month, but the vote was canceled at the last minute.

Yet the White House continued to express confidence. White House Press Secretary Jen Psaki said at one point that Tanden “has a broad spectrum of support, ranging from the U.S. Chamber of Commerce to labor unions, and has a strong record of working with both parties that we expect to grow in President Biden’s Cabinet as the first South Asian woman to lead OMB.”

It is unclear how much muscle the White House put into rallying Republican votes for Tanden. Sen. Rob Portman (R-Ohio) said recently that he had spoken with White House officials twice in previous days, and Tanden’s nomination did not come up. He served as OMB director during the Bush administration and is retiring after his current term, both factors that might have given Democrats reason to seek his support.

Portman ultimately said he would oppose the nomination. He, Romney, Collins and Murkowski have supported every other Biden Cabinet post that has come up for a Senate vote.

The Senate had confirmed 12 of Biden’s Cabinet picks as of Tuesday, a slow rate by historic standards. That’s partly because the Senate was not in session for most of January and then the impeachment trial of President Trump preoccupied senators for a week.

Of the nominees who have received votes, all have been confirmed, and all but three, including Homeland Security Secretary Alejandro N. Mayorkas, were approved by substantial bipartisan margins.

Manchin’s vote will prove pivotal on other Cabinet nominations as well, including those of California Atty. Gen. Xavier Becerra to lead the Department of Health and Human Services and Rep. Debra Haaland (D-N.M.) as secretary of the Department of the Interior.

Manchin said he plans to support Haaland but has not announced a decision on Becerra’s nomination.