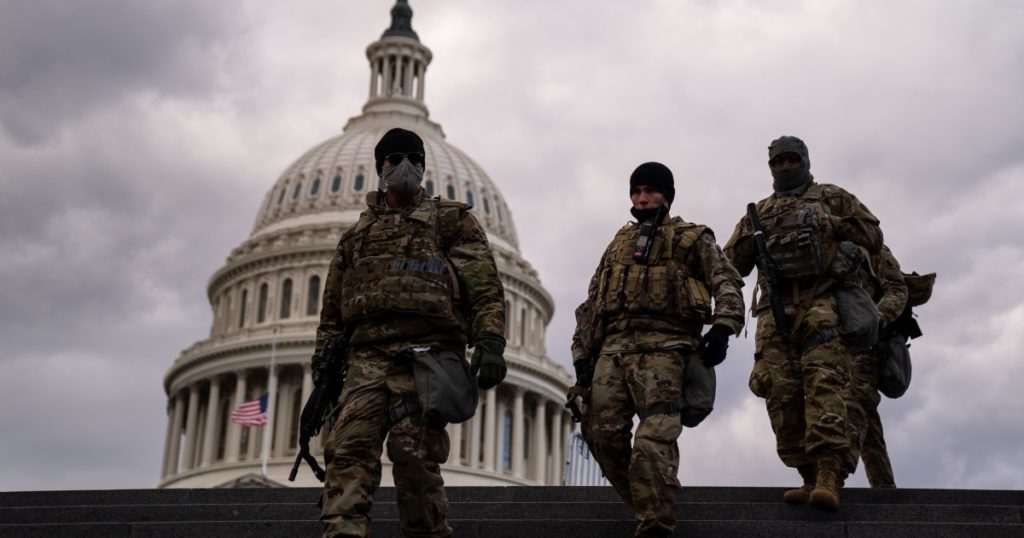 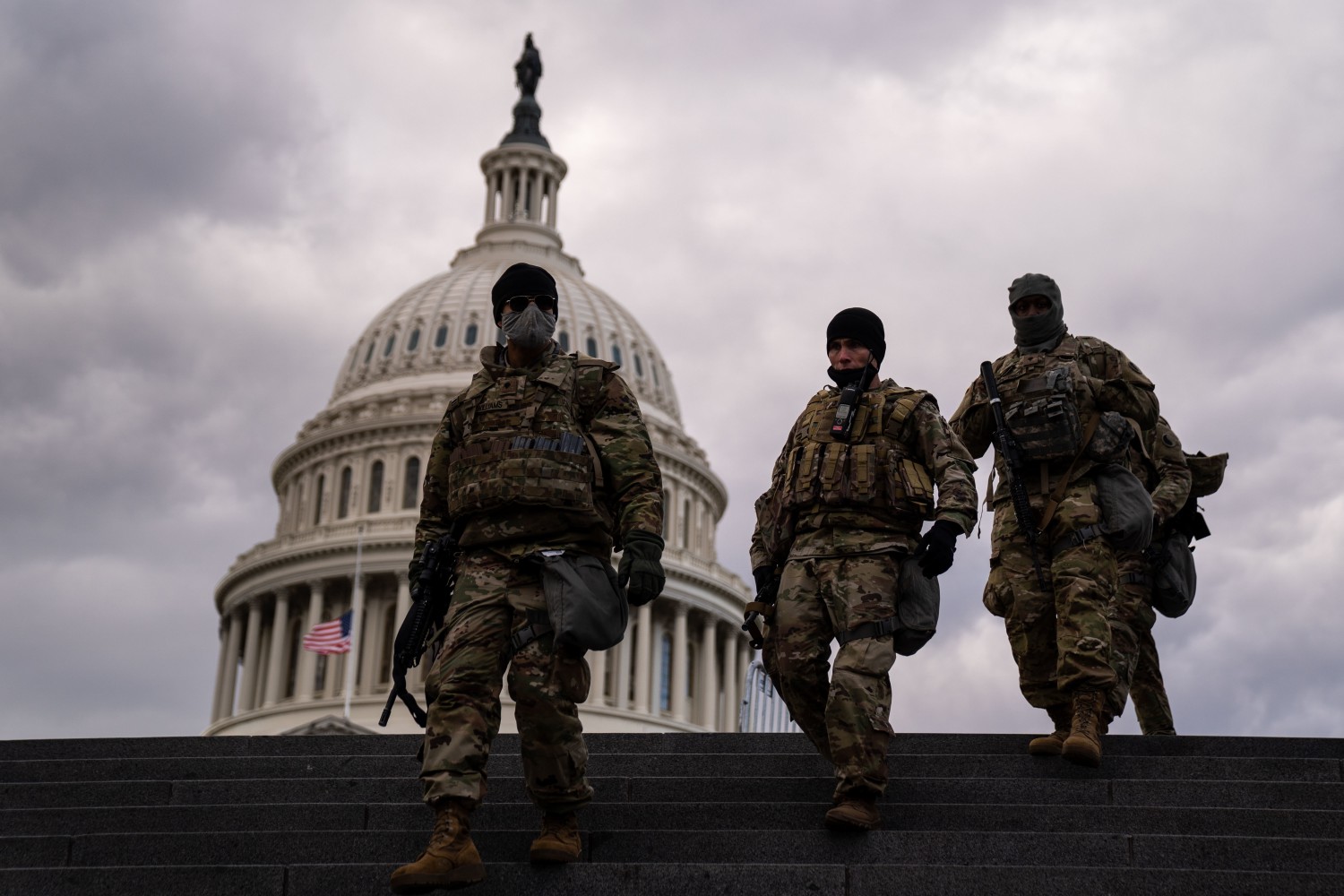 Command Sgt. Maj. James Nugent was just like any other American the first time he viewed the inside of the U.S. Capitol. He marveled at the expansive Rotunda and inspected the scars left behind when the British torched the building in 1814.

But Nugent was no tourist listening as a guide described marble statues. His first trip to the Capitol was more a tour of duty, coming just a few days after a violent mob stormed the Capitol on Jan. 6. His guides were U.S. Capitol Police officers still mourning the breach that left one of its officers dead from injuries and another by suicide.

Nugent and nearly 25,000 other members of the National Guard have descended upon Washington — some for the first time — to help ensure the safety of the seat of American democracy and the inauguration Wednesday of President-elect Joe Biden.

Nearly every state in the country has plucked members of the guard from their regular day jobs — as teachers, salesmen and students — and activated them into duty on Capitol Hill in one of the largest stateside operations in the history of the guard. With the Capitol Police, these citizen soldiers have transformed Capitol Hill into an American version of Baghdad’s tightly protected Green Zone.

“I really wish it never had to come to this, but I’m really proud that my nation knows that I’m here to protect our way of life,” said Nugent, a member of the Maryland National Guard and the highest ranking enlisted soldier on the task force overseeing the Capitol.

“As I walk the line and I talk to my soldiers, I remind them that they are not [just] witnessing, that they are a part of history, and 50 years from now when their grandchildren are studying this in school, they will be primary sources to those kids.”

Their mission faces unusual risks given the size of the deployment and political divisions that triggered the violence. Army Secretary Ryan McCarthy told the Associated Press on Sunday that officials are vetting members of the National Guard to ensure none of them poses a threat to the inauguration they have been sent to protect. The FBI is conducting background checks.

Nugent said the guard conducts its own vetting process. “We know our soldiers and we talk with our soldiers. We vet our soldiers every day through interaction,” he said.

Many of the troops are just a few years out of high school or college. Some had never been to the Capitol building before they were called up to defend it.

National Guard troops now line the tall, black fences installed around the Capitol complex in the days after the attack. They scan for suspicious drivers on the street or packages left on the sidewalk. Others are helping to staff traffic checkpoints and support local law enforcement. Perhaps most importantly, they provide a powerful message and image to the millions of Americans who watched coverage of the assault and will watch Biden’s inauguration.

During breaks, National Guard troops have been encouraged to see the Capitol building and the history it contains.

“Quite frankly, it’s surreal,” Stresing said of seeing the broken glass and debris left behind from the assault. “But my guys are part of history right now and I wanted them to get over there and see that and explore that and embrace that.”

Rep. Brian Mast (R-Fla.), a veteran who lost both of his legs in combat, gave troops a tour last week. Other soldiers quizzed staffers or journalists walking by about the building and its details.

The unsettling sight of soldiers filing through the Capitol and sleeping on its unforgiving, frigid marble floor provided a stark contrast from recent months, when the halls were often empty as staffers and lawmakers worked from home because of the pandemic. It marks one of the only times soldiers have bivouacked in the Capitol since the Civil War and creates a chilling image for the American public.

“We were disappointed though to see in a variety of images in the media, that guard personnel are having to take breaks or rest on the floors of the Capitol,” Reps. Rosa DeLauro (D-Conn.) and Betty McCollum (D-Minn.) wrote in a letter to McCarthy, the Army secretary, demanding that they be provided better accommodations.

The cots were in place by the weekend, lining the cafeterias, hallways, Capitol Visitor Center and any other quiet place in the complex. Soldiers have hotel rooms nearby, but take their rest breaks on site.

Members of Congress quickly opened up the House’s cafeterias to the guardsmen and ensured they had access to coffee and doughnuts.

“While a cup of coffee and a donut might not seem that important, these true patriots deserve a little bit of normalcy in the most unnormal of times as they stand on the front lines to protect our nation’s way of governance,” DeLauro and Rep. Tim Ryan (D-Ohio) wrote in the announcement.

Restaurants in the tightknit Capitol Hill neighborhood have donated food to ensure their temporary neighbors don’t have to live on the military’s packaged meals ready to eat, or MREs. “The food’s been amazing,” Stresing said. “We’ve been very well fed.”