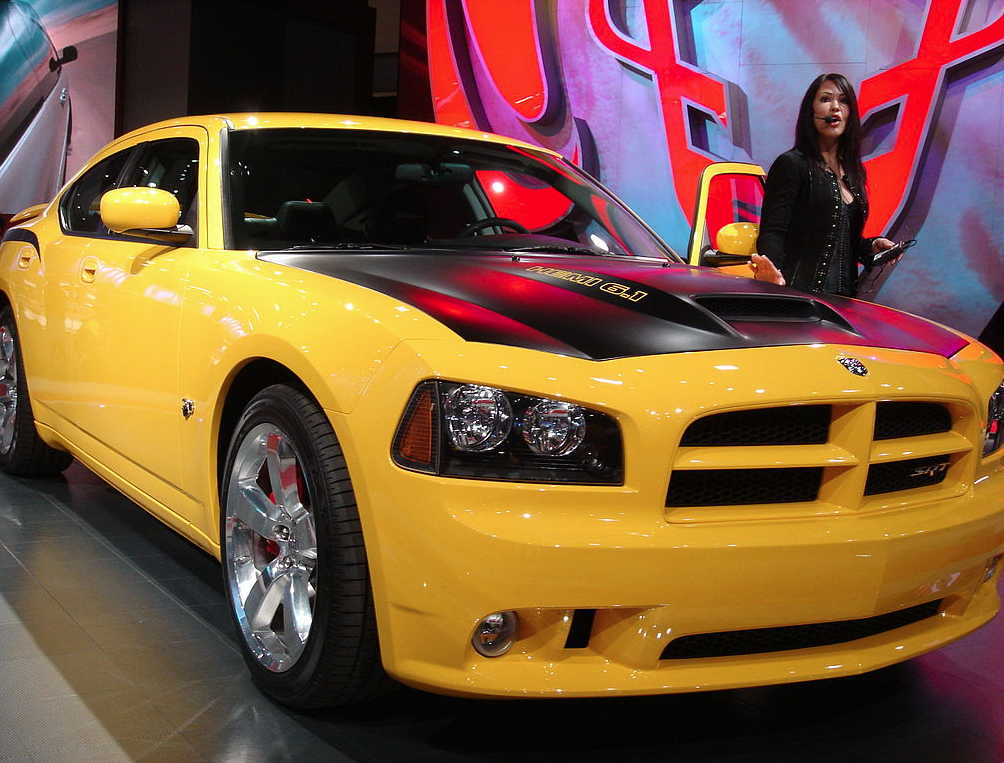 This month a 20-year-old woman in Brooklyn who was waiting for a bus was run down and killed by the drag-racing driver of a Dodge Charger. The driver was doing exactly what the vehicle was built for and exactly what Dodge heavily marketed it to do — racing recklessly. Another Brooklyn woman, a mother of six, suffered critical, permanent injuries last November when another speeding Charger driver T-boned the car in which she was riding.

Chargers are the status vehicle of choice for the drag racers who nightly menace the streets of Inwood, Howard Beach and other city neighborhoods; the cars often show up among the vehicles seized in busts of drag-racing rings.

The street violence of speeding muscle-car drivers is not accidental; it’s the results of grotesque marketing intentionally served up by automakers. And, like the marketing of other American manufacturers who sell dangerous products, it’s time (as Danny Harris of Transportation Alternatives recently argued) that it face regulation. When so many are suffering for those 700-horsepower choices, the freedom of glorifying, selling and recklessly operating these vehicles has stolen the most basic freedoms of movement for everyone else.

As a professional marketer, I can tell you that Dodge employs the “best” tools of my trade. The first thing you see on Dodge’s shrine to road violence (sorry, website) is a video of its vehicles doing burnouts and racing dangerously through neighborhoods. It’s an intentional message: Consumers have limited time and attention, so marketers must capture and communicate their core values efficiently and effectively. Those are theirs.

Scroll down and you’ll see Dodge’s flagship “performance vehicles” — the Charger, Challenger and Durango, better known to the marketing team as “The Brotherhood of Muscle” — glorified with the language of speed and power. The marketers carefully craft the appeal to exploit primal, toxic, testosterone-aggression-fueled fantasies of strength and speed. It reads like satire: “Stone Cold Strength.” “Super-Fast and Supercharged.” “Ready to Rumble.” “Race to the finish line.” “The beauty of the beast.” “Soul of a demon.” “Cool to crazy.”

Dodge’s ad folks market the company’s lineup with slogans that sound more like elementary-school-playground bravado than million-dollar marketing propaganda, but that’s the point — and it works. Smoking tires, tight corners, excessive speed, and racing stripes on the cars communicate aggression and a desire to intimidate those beyond the windshield.

Last year, I tweeted a video clip that I put together highlighting the absurdity of Dodge’s positioning when drivers share roads with pedestrians, cyclists and children. That Twitter account (@tomflood1) somehow ran afoul of a rule and was suspended (I’m still trying to get to the bottom of it…) but I have re-shared the clip under my new handle, @tomfloodone:

But isn’t this just how marketing works — promoting products by highlighting their best features to the target demographic? Yes, but remember that, unlike most consumer products, automobiles are lethal weapons that kill tens of thousands of Americans annually; the framing is the ammunition. For too long, we’ve been sold that the operation of a vehicle on shared roads is a personal choice, but we are all paying the price for that — and too many pay the ultimate one. These seemingly “harmless” ads promoting the “Good Old Boy” muscle-car heritage  — the Charger became famous as the Confederate-flag-bearing vehicle The General Lee in “The Dukes of Hazzard” — have real-world consequences. People walking and rolling, including our children and vulnerable community members, must share space with these “beasts” that are designed for one thing only.

Manufacturers advertising their vehicles’ “performance” is nothing new, but it doesn’t make it right. We know advertising works — which is why automakers spend millions every year trying to create stories and connections that will move metal off the lots, whatever the cost. Of course, not every owner of a Dodge Charger or performance vehicle is out to kill, but it also doesn’t mean we shouldn’t rigorously regulate these vehicles right now and rein in the disturbing messaging and tactics that wind up being delivered on our streets. Yes, the admakers place legal disclaimers onscreen noting “Closed Course. Professional Driver. Do not attempt.” But for some reason the fine print hasn’t moved the needle on road violence.

How could it? The violence is the point. Thanks anyway, Dodge.

Tom Flood (@tomfloodone) makes strategy and content for his marketing firm, creativebyrovelo.com. He created a series of ads for the infamous “bike lobby” Transportation Alternatives.