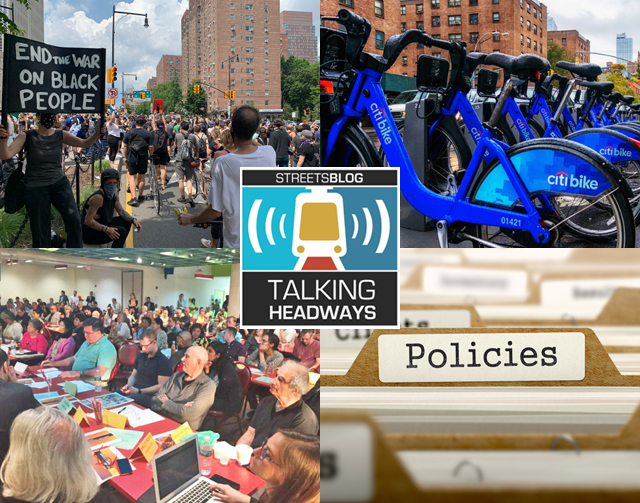 TechCrunch is hosting a mobility-focused, virtual conference on June 9. The event will feature everything from micrombility and smart cities to autonomous vehicles and electric aircrafts. Join 2K+ mobility industry leaders, startups, and investors and save an extra 10% on tickets with promo code “streets”. Book tickets now.

This week, we’re joined by L’erin Jensen and Josh Cohen, hosts of The Movement Podcast at Transloc. We chat about why they got into podcasting as a way to talk about transportation, some of their favorite guests, and what’s vexing them about current policy.

Jeff Wood: You’ve talked to a bunch of different people on the podcast. Are there any conversations that stood out or is there anything where somebody said something and it like hit a light bulb and then you started going in tons of different directions in your brain, and then you had to come back to the interview you were already at?

Josh Cohen: I mean, I feel like that happens on a regular basis. We have one coming up, I think next week with Waffiyyah Murray of the Better Bikeshare Partnership in Philadelphia. And we had that situations where your mind goes somewhere and then it has to kind of come back. And she was talking about kind of the role of bike share in the community. And, you know, I’ve thought a lot about bike share, but what jumped out to me in that conversation was “Who was the bike share for” and what the motivations were. And it kind of clicked in my head while she was talking. And I kind of went on that little trip there that you just described where I kind of said, “Oh, I can picture the lack of trust that might’ve been built in those communities where an elected official or a city official might’ve really pushed bike share, not for the benefit of the community, but specifically before one of their goals.”

You know, as far as, “Hey, this makes our, our city more ‘active’ or whatever,” which, you know, and I’m using active and air quotes, but, yes, that’s good at a macro level, but it may not be right in line with what the community is looking for, right? The community might be saying, “Yeah, what we actually need is access to better grocery options that don’t require two bus trips,” right? So I think it’s stuff like that when I had that kind of little trip in my mind, that that was one that just kind of came out super recently, longer back one that just keeps coming up over and over again. You know, it’s like what Lynn Ross said: “We can only move at the speed of trust.”

And that’s one that just, it feels like every conversation we have that line can be applied because it’s just like so impactful and quotable and true.

L’erin Jensen: I always go back to the episode with David Fields where he told us, “Never let a consultant tell your community its needs or its goals.” And to your point, I think that’s along the same lines is that you can only move at the speed of trust. And also Waffiyyah’s thing about who the bike share was really for. And policy, by its nature, is written by people who usually are not the community itself or the people that it’s written for. They’re written by someone else who has an idea of how the world works. That’s why people go into politics, right? You have people who want to make a difference in the world, and they think they have good ideas and can make it work.

But we just don’t do a very good job of listening to the people. So that’s something that always the people that policy is going to affect. So that’s always one that sticks out in my mind. And my mind trails every conversation I’ve always got to pull myself back!