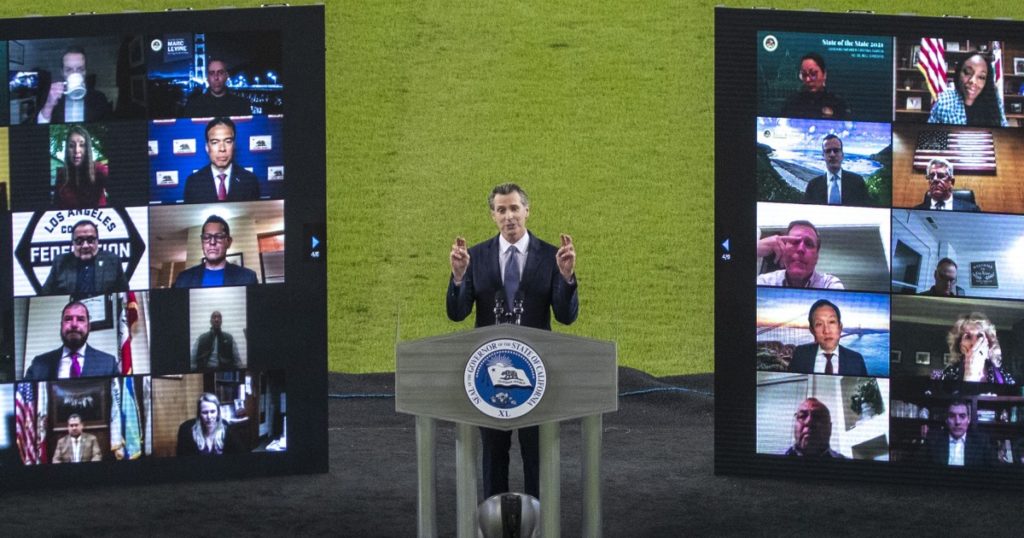 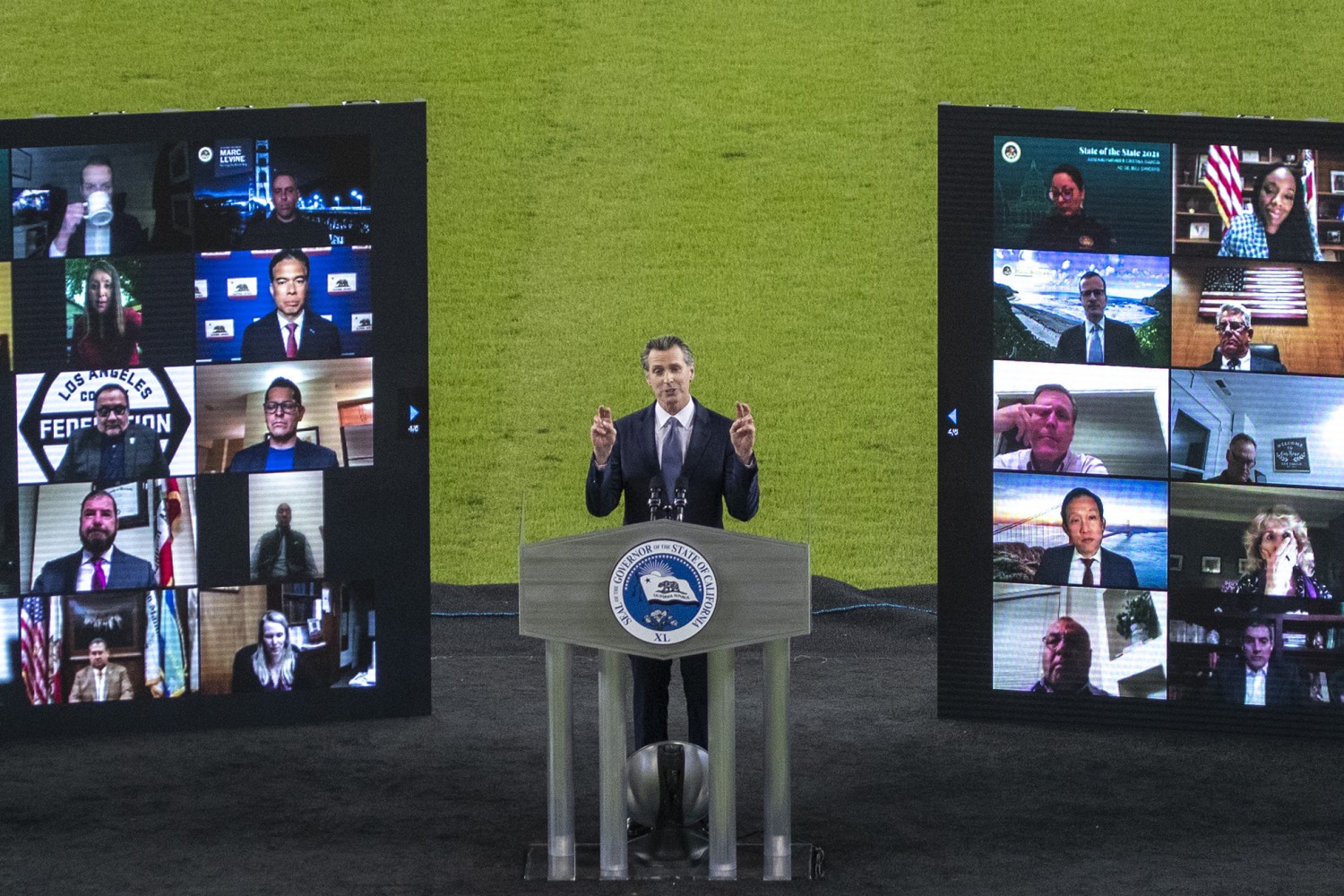 A majority of likely California voters would keep Gov. Gavin Newsom in office if a recall election were held today, according to a new poll conducted as vaccinations in the state increase and the Democratic governor ramps up his campaign to fight the effort to remove him.

Among the 1,174 likely voters surveyed by the Public Policy Institute of California, 56% said they oppose the recall and 40% support it, with the remaining undecided. More than three-quarters of likely voters said the worst of the pandemic is over.

The results of the poll, conducted March 14-23, are a reflection of more Californians beginning to see “the light at the end of the tunnel” in the COVID-19 pandemic, said Mark Baldassare, president of the institute.

“The support for keeping Gov. Newsom has become much more optimistic about where things are headed with COVID than they were in January,” Baldassare said. “All of these things work to the benefit of keeping the status quo.”

Voters were largely split along party lines, with 79% of Republicans in support of the recall and the same share of Democrats in opposition. The overall percentage of likely voters in favor of ousting Newsom, 40%, is about the same as the portion of Californians who voted for Republican John Cox in the 2018 gubernatorial election.

Dan Newman, a political spokesman for Newsom, said the poll results confirm that the recall “is a purely partisan scheme cooked up because Republicans can’t win elections in California.”

“It shows once again that the recall is supported by the same hardcore and extreme diehards who will always vote for a Trump Republican against a Democrat,” Newman said.

Proponents of the recall say they submitted more than 2.1 million voter signatures before their mid-March deadline. Based on information released by elections officials earlier this month, it’s likely that enough signatures will be validated to trigger a recall election in the fall. Final tallies may not be available until April 29.

Newman said the poll results were largely in line with an earlier survey that found only about one-third of voters support a recall.

He also pointed to Newsom’s 53% approval rating among likely voters — which was largely unchanged from the last PPIC poll conducted in January and another survey conducted in February of 2020 before the pandemic began — and compared that to former Gov. Gray Davis’ public standing in the months before his 2003 recall election.

A Los Angeles Times poll released on March 9 of that year found that 27% of Californians approved of Davis’ job performance and 64% disapproved.

“Newsom has never had a majority disapproval,” Newman said.

But Rescue California, one of the organizations supporting the recall effort, also found what it considered to be positive results for its side in the poll — namely that 42% of independent voters and 38% of Latinos surveyed said they support a recall.

“That 42% is a delightful bit of news to me,” said Anne Hyde Dunsmore, a spokeswoman for Rescue California. “That is exactly what we’re looking for.”

Dunsmore said the numbers were promising considering that the campaign to remove Newsom has not truly begun to advertise and hit him on his record, citing jobless benefits, early prison releases due to COVID-19 and the governor’s children attending in-person private school while many Californians struggled with virtual learning, among other criticisms.

“These are the kinds of things that haven’t even started to peak yet,” she said.

Whether those issues will be top of mind to California voters this fall, when a recall election would probably take place if it qualifies, remains to be seen.

The poll was conducted as more Californians have gotten vaccinated and schools have begun to reopen — crucial aspects of a return to some level of normality in the state and Newsom’s ability to beat back a recall.

The survey found that 79% of likely voters believe that the worst of the pandemic in the U.S. is behind us, up 20 percentage points from January. About 45% of likely voters said the state is doing an excellent or good job distributing the vaccine compared with 32% who said it was fair and 20% who said poor. The number of those who gave the state positive marks on vaccine distribution has increased 17 percentage points since January, according to PPIC.

The governor, who will appear at an event with First Lady Jill Biden in Delano on Wednesday, has continued to tout the progress in California, where 17.6 million vaccines have been administered to date, and is openly criticizing the recall on stops around the state. Newsom’s Democratic allies at the state and national levels have also stepped up to vocally oppose the recall.

When asked last week to address the reality that the recall is supported by Republicans and some Democrats, Newsom repeated his campaign’s message that the roots of the recall trace back to right-wing groups, but also acknowledged that he understands the concerns of others.

“There are people that signed that [recall petition], that I have deep respect and empathy for that have been frustrated,” Newsom said. “This has been a hard year for all of us.”