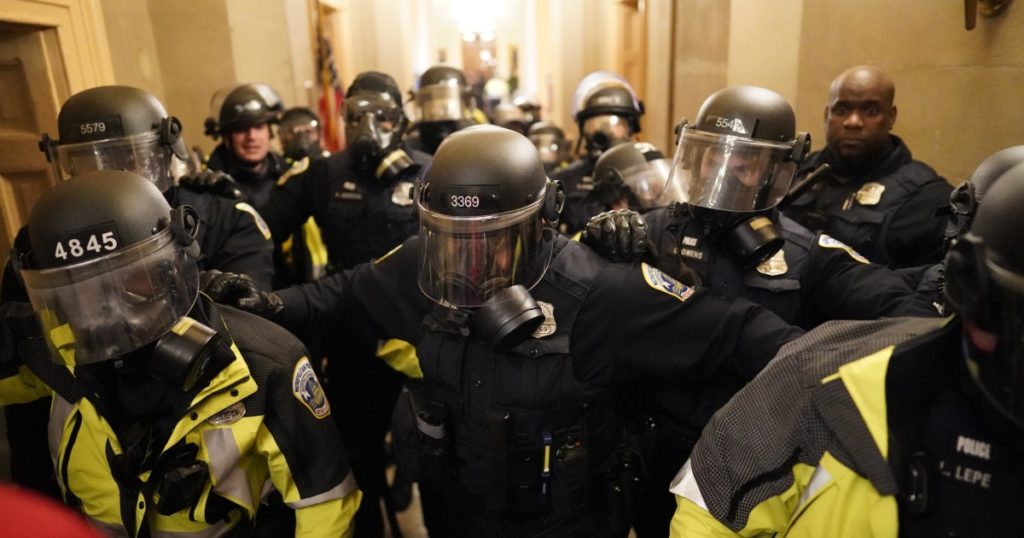 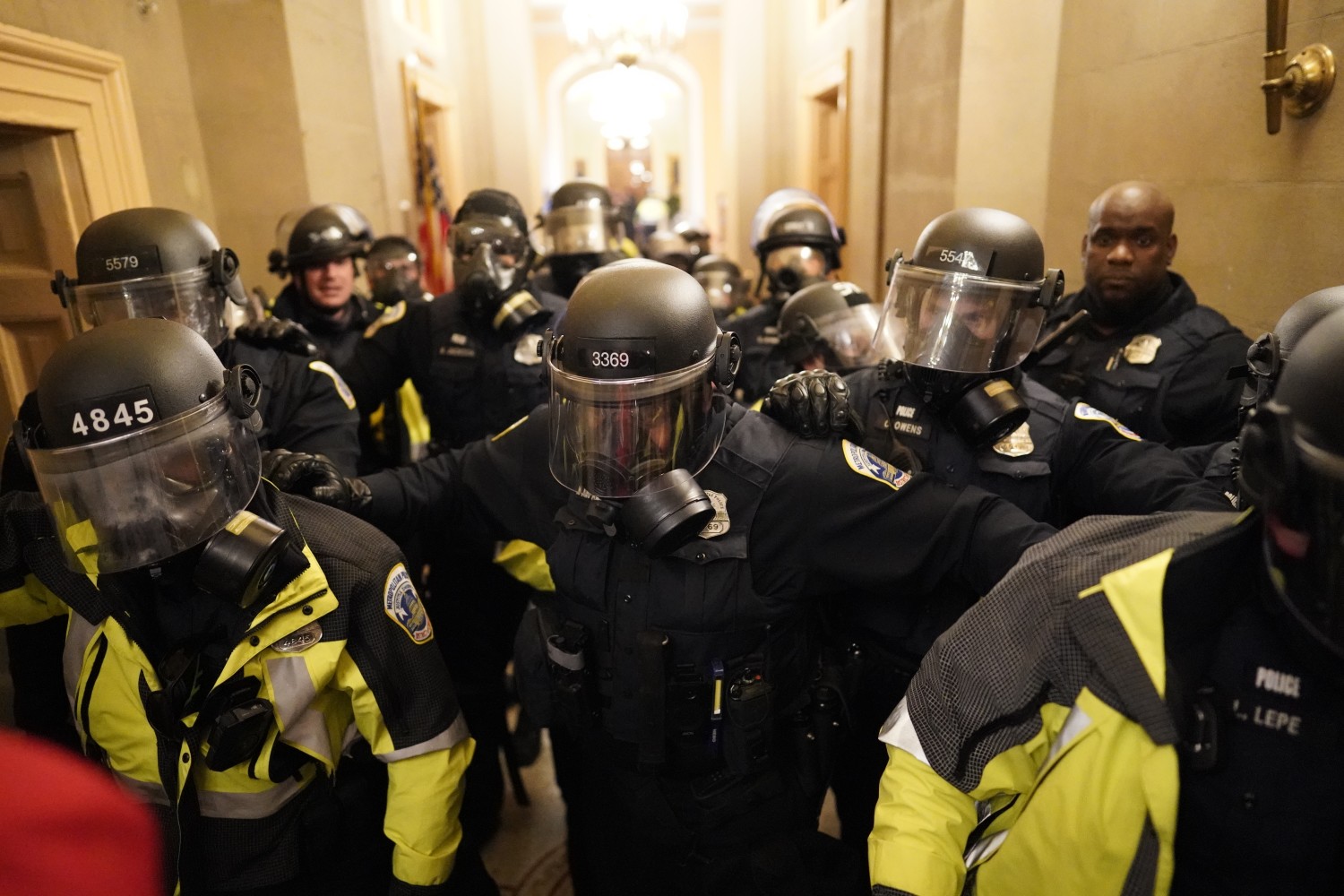 On Thursday, amid a spate of resignations in Washington and talk of invoking the 25th Amendment to remove President Trump from office, Wolf — still in the Middle East — put out a stronger statement than his initial condemnation Wednesday. He called the violence from Trump’s supporters “tragic and sickening,” and urged the president to do the same. He also said he’d stay on until the end of Trump’s term.

Less than 90 minutes later, the White House announced it had withdrawn Wolf’s nomination to lead the Homeland Security department, throwing the government’s third-largest department, charged with protecting against domestic threats, into even more turmoil at a moment of unprecedented national insecurity.

Wolf had said Thursday he would remain until President-elect Joe Biden’s inauguration in less than two weeks to ensure an “orderly transition” at the Homeland Security department.

“These violent actions are unconscionable, and I implore the President and all elected officials to strongly condemn the violence that took place yesterday,” Wolf said. “DHS takes the safety and security of all Americans very seriously — it’s at the core of our mission to defend our homeland. Any appearance of inciting violence by an elected official goes against who we are as Americans.”

The office of Senate Majority Leader Mitch McConnell (R-Ky.) said the White House sent Congress the paperwork to formally withdraw Wolf’s nomination on Wednesday, though the timing is unclear. Yet the White House said Thursday Wolf remained at the helm of the department.

“The withdrawal occurred yesterday and was not related at all to Wednesday’s events or the Acting Secretary’s comments this morning,” Judd Deere, White House spokesman, told The Times. “Acting Secretary Wolf remains the acting secretary and continues to perform the duties of his office.”

Wolf was unlikely ever to be confirmed, as the Senate is now in recess after certifying Biden’s electoral victory, and all of Trump’s nominations expire on Jan. 20, when Biden is sworn into office. But the move is notable, given the urgent questions about the government’s delayed response to the breach of the Capitol and the Homeland Security department’s fundamental role.

The White House had just reaffirmed Wolf’s nomination last Sunday. The Homeland Security department did not respond to requests for comment.

Michael Chertoff, who served as the second-ever Homeland Security secretary, said the attack on the Capitol was domestic terrorism. The withdrawal of Wolf’s nomination the following day, he said, was “performative.”

“I would say that given the degree of failure and security the last six months, this is like a parking ticket,” Chertoff told The Times.

The Homeland Security department, which is also charged with cybersecurity, is additionally grappling with what intelligence officials believe to be the most extensive hack to ever hit the U.S. government, including 250 federal agencies such as the Treasury, Commerce and Justice departments, as well as outside businesses. The intelligence community said it suspects the ongoing computer breach, an “intelligence gathering operation,” to have originated in Russia.

Still, the whiplash at Homeland Security is consistent with Trump’s approach to the department, even toward his most loyal appointees. Wolf, Trump’s last in a line of Homeland Security heads, has led an increasingly politicized department wracked by record vacancies and Trump’s single-minded focus on restricting immigration.

Notably, Wolf has repeatedly railed against what he said were dangerous, violent left-wing protesters threatening federal buildings, such as a federal courthouse in Portland, Ore., that has been vandalized during demonstrations. He faced criticism for sending tactical agents onto the streets of American cities who used tear gas against protesters and detained them in unmarked vehicles, and for downplaying the threat of right-wing, white-nationalist, and anti-government domestic extremism that intelligence officials in recent years have identified as a top concern.

In November, a federal judge ruled that Trump’s appointment of Wolf to the top post at the Homeland Security department was unlawful. In August, the Government Accountability Office ruled that both Wolf and acting Deputy Ken Cuccinelli were illegally appointed. That followed another federal district judge’s ruling in March saying that Cuccinelli’s appointment also violated the Federal Vacancies Reform Act.

With Wolf still abroad on Thursday, Cuccinelli tweeted photos of himself touring the Capitol. But Cuccinelli, who has used his official government social media account for personal and political swipes, later equated the Portland protests with the attack on the seat of government.

“It’s wrong in Portland by people on the left & it’s wrong in Washington DC by people on the right,” he tweeted, adding, “It would help if we had universal condemnation of violence from both the left & right, & including of course the MSM which has suddenly discovered violence as a form of protest is illegal & wrong. I only wish it didn’t take a tragedy for that to occur.”

Cuccinelli also said Homeland Security personnel are helping install security fencing around the Capitol at the request of the Capitol Police, with funding from the Army. At a news conference Thursday, Army Secretary Ryan McCarthy said the military was erecting a 7-foot fence on the perimeter of the Capitol grounds.

On Wednesday, a Homeland Security spokesperson who declined to provide a name, or a reason for requesting anonymity, said Capitol Police had requested Federal Protective Service and Secret Service assistance, and that the department had set up a “virtual situation room” to coordinate “as we do for many large events in D.C.”

Neither Homeland Security department headquarters or Customs and Border Protection would answer questions as to when the situation room had been set up or the department’s broader involvement in ongoing efforts to secure the Capitol.

Customs and Border Protection spokesperson Stephanie Malin directed The Times on Wednesday to the Federal Protective Service as the lead on coordination with Capitol Police but said the Homeland Security agency — among the largest federal law enforcement agencies in the world — had a request earlier in the week from the Federal Protective Service for support “if needed.”

A Homeland Security official who requested anonymity to protect against professional retaliation said Border Patrol and CBP special response teams and tactical units were put on standby Tuesday afternoon and called into downtown Washington on Wednesday as part of the federal law enforcement response. The official said Homeland Security leadership should resign.

“We did a better job protecting some statues than we did protecting the U.S. Capitol Building, which is the ultimate symbol of freedom,” the official said.