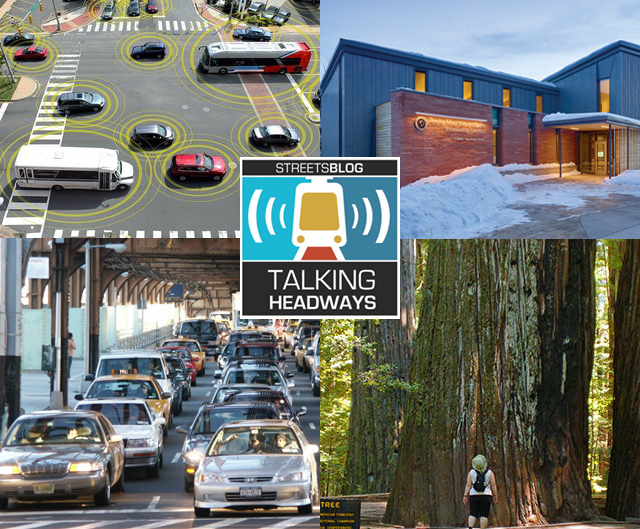 This week, we’re joined by Ben Holland, senior associate at the Rocky Mountain Institute to talk about important strategies for reducing emissions in the transportation and land use sectors. We talk about the disconnect between techno-optimists and urbanists in climate change approach, RMI’s new Colorado induced travel calculator, and the hard choices regions have on transportation and development.

For those of you who prefer to read rather than to listen, check out an edited transcript below the audio player. If you want a full transcript (with some typos!), click here.

Jeff Wood: Let’s talk about the environmental movement more broadly, you know, we have this climate change specter looming above us, all of the discussion about, you know, focusing on reducing emissions, making sure the ice sheets don’t melt, sea level rise, all those things. And I think there’s an internal struggle going on between folks that think that we need better technology and folks that think we need land use change. I’m curious what you’ve seen from the kind of back and forth inside the environmental community, even if it’s not out there in the world as a kind of a larger discussion.

Ben Holland: Yeah. So, I’ve become kind of have a single-issue person on this, or like I had a singular mission around trying to bridge those silos of the tried-and-true transportation policy world, transportation advocacy. And again, I’m talking about things in terms of transportation — let’s call it just good policy. And also on the other side, very much the technocratic techno-economic-centered climate advocacy crowd. So you have the “technology will save the world from climate change” crowd that has what I’ve recognized within the climate community.

That focus is very understandable. We do need, for instance, a great deal of electric vehicles on the road by 2030. We do need those carbon technologies, but I fear, and actually, I think, it’s becoming more universally understood with our other peers and the environmental space that focus on technology has been at the cost of some of the really good policies that we needed, like equitable policies that we need to see put into place. So [we need to be] prioritizing transit, rebalancing our priorities in all of our transportation investments (in particular highway investments) and enabling people to have greater access to alternatives to the single occupancy vehicle. So, I feel like that those two worlds is still somewhat disconnected and trying to kind of build this united coalition of environmental organizations to elevate the importance of a comprehensive vision for transportation climate strategy. And I think it’s starting to gain a little steam.

Jeff Wood: Do you think the technologists understand the land use transportation connection or is it kind of not understood because if it’s a little bit of their wheelhouse typically?

Ben Holland: I think it’s generally not well understood. I think it’s given very little attention to, and if it is somewhat understood, there’s a sentiment within the community that we don’t have enough time to improve the connection between land use and transportation, for instance, reform our zoning to allow more infill and mixed-use development. You know, we need technologies that scale fast and scale, you know, the word scale is used quite often.

Ben Holland: I think climate space is very much adopted the Silicon Valley ethos in some ways, but that’s another thing that we’re trying to push back on this to some extent is this sentiment that it’s too hard to accomplish those things and it takes too long to achieve.

Jeff Wood: Well, what about the language? I mean, so it’s interesting, you know, there was a news report the other night talking about here in California, redwood trees are really good for bringing in carbon and storing it in their wood. And then there’s a discussion about building a huge grove of redwood trees off the coast and allowing them to grow, allowing them to sequester carbon. And the language is really interesting that, you know, they are talking about taking a three and a half million cars off the road. And it’s like, “Why are we trying to plant trees to equate taking cars off the road when we can just take cars off the road?” There’s always this weird language that’s happening. I think people innately understand that you need to reduce emissions through transportation, but they always want to do it another way. That doesn’t mean that they maybe have to reduce some of their trips.

Ben Holland: Yeah. I would say, “Why don’t we try to stop building into the urban wild-land interface?” It’s kind of interesting that we’re talking about planting redwoods at a time that development is encroaching into those spaces even more. And environmentalists are doing very little to stop that. But, yeah, as far as taking the vehicles off the road, that’s one of the challenges I think from a messaging standpoint that I’m struggling with. And then some of our peers are struggling with how to communicate [and] what needs to be done in transportation climate.

We run the risk sometimes of saying, “We’re going to take your cars away from you” or “We want you to drive less (which is what we do want). But I think it’s important to reframe it as in context of access. So yeah, there’s this sort of cognitive disconnect and a lot of ways that I feel like it’s breaking down a bit.