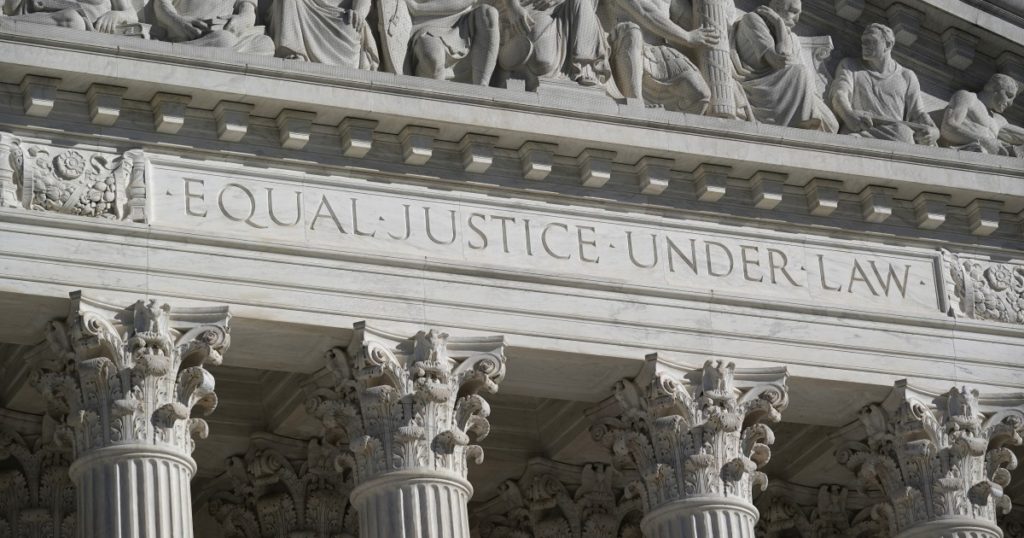 Lawyers for Mississippi asked the Supreme Court on Thursday to overturn Roe vs. Wade and give state legislators the authority outlaw all abortions.

The justices in May agreed to hear the state’s appeal of a lower court’s invalidation of a Mississippi law that would forbid abortions after 15 weeks.

In their brief filed with the court Thursday, the state’s lawyers raised the stakes and argued the right to abortion set in 1973 should be repealed entirely.

They said that Roe was “egregiously wrong” as a matter of constitutional law and that it has proved to be “hopelessly unworkable” in practice. They pointed to the fact that more than a dozen conservative states like Mississippi want to outlaw most or all abortions.

Her far-reaching argument appeared tailored to reflect the last year’s change at the high court.

There are now five conservatives appointed by Republican presidents who believe Roe vs. Wade was wrong.

In recent years, Chief Justice John G. Roberts Jr., the sixth conservative on the court, has taken a more cautious, hard-to-predict approach on issues such as abortion. Two years ago, he cast a fifth vote to strike down a Louisiana law that strictly regulated abortion clinics. Previously he voted to uphold a similar law.

But since Justice Amy Coney Barrett was sworn in October to fill the seat of the late Justice Ruth Bader Ginsburg, the court has five conservatives who could move further and faster to overturn abortion rights than the chief justice may prefer.

Mississippi’s lawyers said that the justices have not been able to resolve the bitter divide over abortion and that state legislators could do it better.

“The workable approach to accommodating the competing interests here is to return the matter to legislators, not judges,” Fitch wrote. “Abortion policy is as suited to legislative judgment as it is unsuited to judicial refereeing…. The task will be hard for legislators and the people too. But the Constitution leaves the task of debate and compromise to them.”

Nancy Northup, president of the Center for Reproductive Rights, expressed surprise at the state’s bold move.

“Mississippi has stunningly asked the Supreme Court to overturn Roe and every other abortion rights decision in the last five decades. Today’s brief reveals the extreme and regressive strategy, not just of this law, but of the avalanche of abortion bans and restrictions that are being passed across the country,” she said in a statement.

“If Roe falls, half the states in the country are poised to ban abortion entirely. Women of child-bearing age in the U.S. have never known a world in which they don’t have this basic right, and we will keep fighting to make sure they never will,” Northup said.

Lawyers for the New York-based center represented the abortion providers who sued to challenge the Mississippi law, and they won rulings from a federal judge and the U.S. appeals court in New Orleans blocking it from taking effect on the grounds that it violated Roe vs. Wade.

The National Right to Life Committee welcomed the state’s action. “We thank Atty. Gen. Fitch for standing strong for the right to life and for the right of duly-elected state legislators to protect the most vulnerable among us,” said Carol Tobias, the group’s president.

The court is expected to hear arguments in the case, Dobbs vs. Jackson Women’s Health Organization, in November or December.

While Mississippi’s lawyers devoted most of their brief to arguing Roe vs. Wade should be overturned, they also said the court could take a more limited step and overturn the so-called viability rule.

In the past, the justices have said states may not prohibit abortions before the time a fetus is viable and capable of living on its own, which occurs about the 23rd week of a pregnancy.

The high court could uphold the Mississippi law by ruling that a 15-week cutoff is reasonable, without going further to overturn the right to abortion.