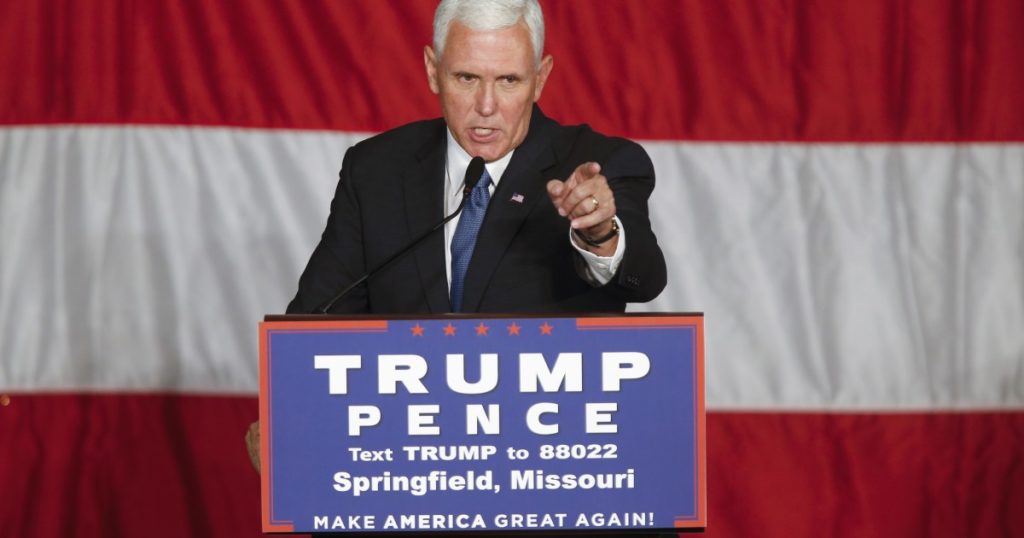 Mike Pence, former vice president of the United States, will write his autobiography and another book for Simon & Schuster, the publisher announced Wednesday.

In doing so he joins some serious political families on the Simon & Schuster author roster, including, most recently, presidential scion Hunter Biden, whose “Beautiful Things” came out Tuesday.

“I am grateful to have the opportunity to tell the story of my life in public service to the American people, from serving in Congress, to the Indiana Governor’s office and as Vice President of the United States,” Pence said in a statement, adding that he was happy to “to invite readers on a journey from a small town in Indiana to Washington, DC.”

The autobiography, as yet untitled, is expected to come out in 2023. In it, the publisher said, Pence will address pivotal moments in the Trump administration from when he was selected as Donald Trump’s running mate in 2016 to the day he attended successor Joe Biden’s presidential inauguration this past January.

“Vice President Pence’s life and work, his journey as a Christian, the challenges and triumphs he has faced, and the lessons he has learned, tells an American story of extraordinary public service during a time of unrivaled public interest in our government and politics,” Dana Canedy, senior vice president and publisher of Simon & Schuster, said in a statement.

Canedy promised a “definitive book on one of the most consequential presidencies in American history.”

Pence, who has been considered a possible 2024 presidential hopeful, got back in the political mix Wednesday with the launch of a conservative advocacy group. Advancing American Freedom, which has the backing of former President Trump, will promote “traditional conservative values and … the successful policies of the Trump administration,” Pence said in a statement to the Washington Examiner.

Excited to launch @AmericanFreedom, an advocacy organization that will defend and build upon the successful policies of the Trump-Pence Administration. AAF will help defeat the Radical Left Agenda and Advance American Freedom for generations to come! 🇺🇸 https://t.co/tnR04lTCXb

As for the former VP’s new fellow authors from the world of politics, Simon & Schuster has published books by Donald, Ivana, Ivanka and Mary L. Trump; Barbara, George H.W. and Jeb Bush; Chelsea and Hillary Rodham Clinton; and Al Gore, among others. Barack and Michelle Obama have written forewords and introductions, as have Bill Clinton and Donald Trump Jr.

Mary Trump’s book, “Too Much and Never Enough: How My Family Created the World’s Most Dangerous Man,” came out in the middle of the 2020 campaign and skewered the 45th president with her remembrances of him. Gore’s “An Inconvenient Truth” was ultimately made into an Oscar-winning film.

No details were provided about Pence’s second contracted book.