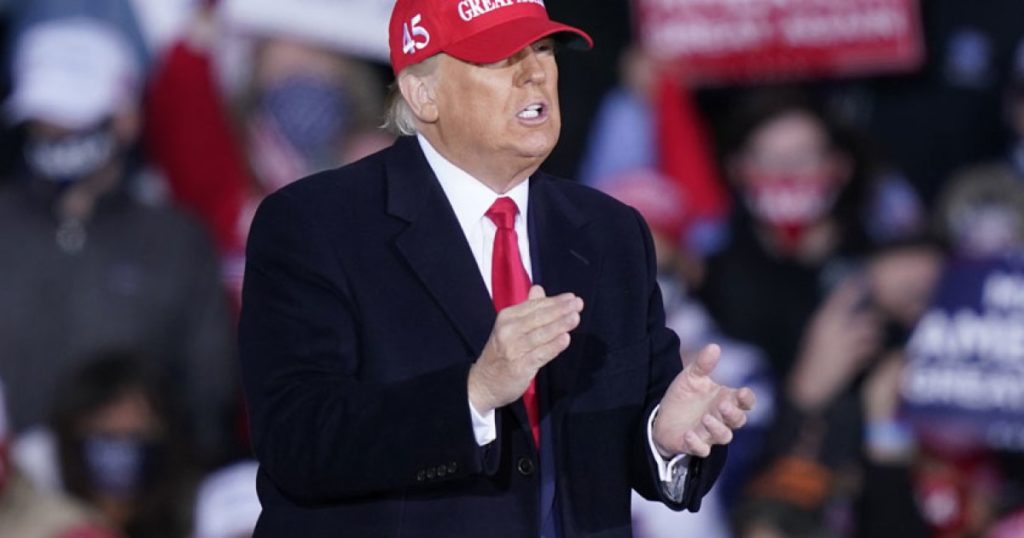 For Jason Roe, returning to Michigan from San Diego was a homecoming twice over.

The Republican campaign strategist was born and raised in Michigan, and the job he took after moving back — executive director of the state GOP — was a position his father once held.

“I grew up running around the state Republican headquarters as a little kid,” Roe, 51, said from his home outside Detroit. “Walking precincts and doing all that stuff. It’s in my DNA.”

Less than six months after taking the job, Roe abruptly quit this week, his exit a sacrifice to the pitchfork-wielding, sulfur-spewing Trump wing of Michigan’s GOP. Roe’s offense: truthfully stating that the 2020 election wasn’t stolen and President Trump — and no one else — was responsible for his failure to win a second term.

“I haven’t spoken to one professional in the business who believes the election was stolen in the way the former president continues to say,” Roe said. “Not a single person.”

Of course, that perception is grounded in what is commonly known as reality.

There is an increasingly strident and vocal segment of the Republican Party that believes whatever fatuous claim Trump manufactures and his loyalists eagerly glom onto: that rioters who stormed the U.S. Capitol were just a bunch of friendly tourists, that the 2020 election was riddled with massive fraud, that Trump beat Joe Biden in a landslide.

It’s not as though Roe was anti-Trump, or a secret Democratic double agent.

He praises the former president’s tax cuts, pugnacious stand against China and steps his administration took to help speed development of the COVID-19 vaccine. He believes Trump in many ways changed the Republican Party for the better, broadening its appeal among blue-collar and less-privileged voters.

Further, Roe defends the Trump-inspired move to tighten election laws, which has become all the rage among GOP state lawmakers, claiming that much of the effort amounts to simply rolling back allowances made to accommodate voting amid the pandemic.

All that said, Roe’s unforgivable sin was acknowledging Trump’s loss and refusing to parrot his lies about widespread election larceny. Even 99.44% purity — that’s Ivory soap pure — isn’t enough for Trump and his blind followers.

“This is just beginning of the RINO Hunt,” Debra Ell, a Michigan activist who led the fight to oust Roe, wrote on Facebook, using the acronym for Republican in Name Only. “He was so arrogant to blame the 2020 election ‘loss’ on our Republican president not the Democrats and cited ‘there was no fraud.’ So he’s calling out our president… He basically does not represent us as America First Republicans in Michigan.”

Roe left the state after graduating from Western Michigan University. He landed in San Diego in February 1995, though he had no job and had never been before — “75 degrees, sunshine, no humidity and no mosquitos” were enough to sell him sight unseen.

Roe spent the next 20-plus years working in Republican campaigns throughout the West, helping elect and reelect, among others, San Diego’s former mayor, Kevin Faulconer.

Eventually Roe tired of the direction California was headed under Democratic rule in Sacramento — “the politics, the cost of living, the homelessness.” He’d tired, as well, of the incessant nastiness of politics. “The viciousness not just between the parties,” Roe said, “but within the parties.”

He took a break and returned to Michigan in 2018 after his father died, to help settle his estate. When California started locking down in March 2020 at the onset of the pandemic, Roe and his wife decided to move back permanently. Roe signed on with the Michigan Republican Party in February.

Not that politics was suddenly all gossamer and angels’ harps. “I knew what I was walking into,” Roe said. “I was motivated by trying to figure out how to move the party forward and, particularly, because of how bad the Democratic Party has become.”

Not long after Roe settled in, a quote surfaced from an article published last November in Politico.

“The unfortunate reality within the party today is that Trump retains a hold that is forcing party leaders to continue down the path of executing his fantasy of overturning the outcome — at their own expense,” Roe said. “Frankly, continuing to humor him merely excuses his role in this. The election wasn’t stolen, he blew it.”

From then on, it grew evident Roe’s lease on his party post would be a short one. Ell rounded up GOP activists throughout the state who passed a resolution urging his ouster. They continue to seek an audit of the vote in Michigan, which Biden carried 51% to 48%, even though a committee of the Republican-led state Senate thoroughly debunked Trump’s fraud claims after an eight-month probe.

Roe declined to discuss the terms of departure, saying the reasons would remain “between me and Chairman [Ron] Weiser.” But he stood by his earlier statement.

And he suggested if Republicans were going to take back the House and Senate in 2022 and reclaim the White House in 2024, they’re going to have to get past worship of their mendacious idol.

“The reality is, if we don’t start moving forward,” Roe said, “we will be a permanent minority and the gains we made at the state level, positions we’re holding at the federal level in the House and Senate, will fritter away if we don’t get our act together.”

It’s one thing to indulge in fantasy. It’s another to try to win elections. (Much less govern.) Those Republicans who would deny the truth also ignore basic political math: Parties and political candidates that succeed do so by addition, not subtraction.

Or as Roe put: “Those that are loyal to Donald Trump the man might realize those who liked Donald Trump’s agenda are not their enemies.”

Meantime, he’s in no hurry to figure out his next move. With all the sudden time on his hands, Roe said, he expects to enjoy a lot more of the Michigan summer.