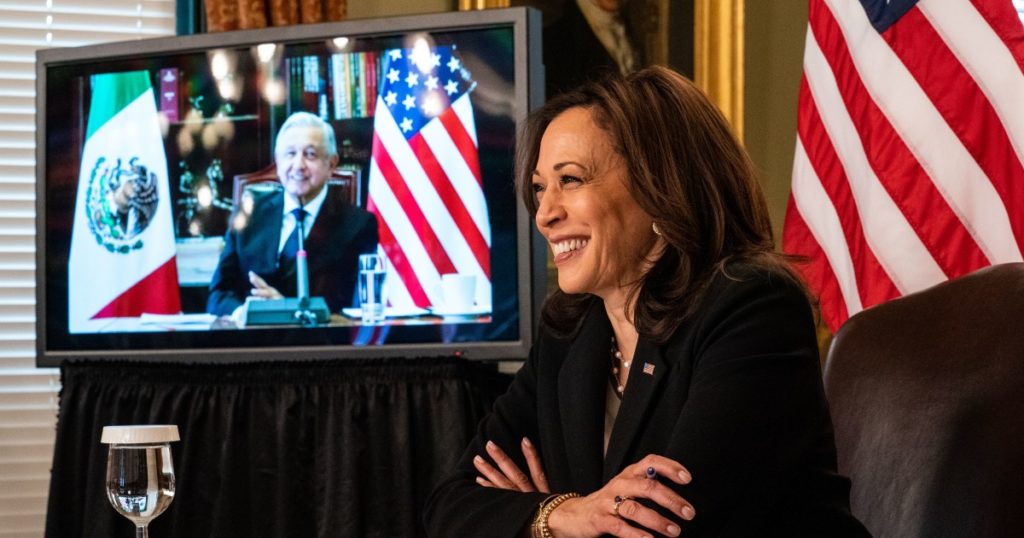 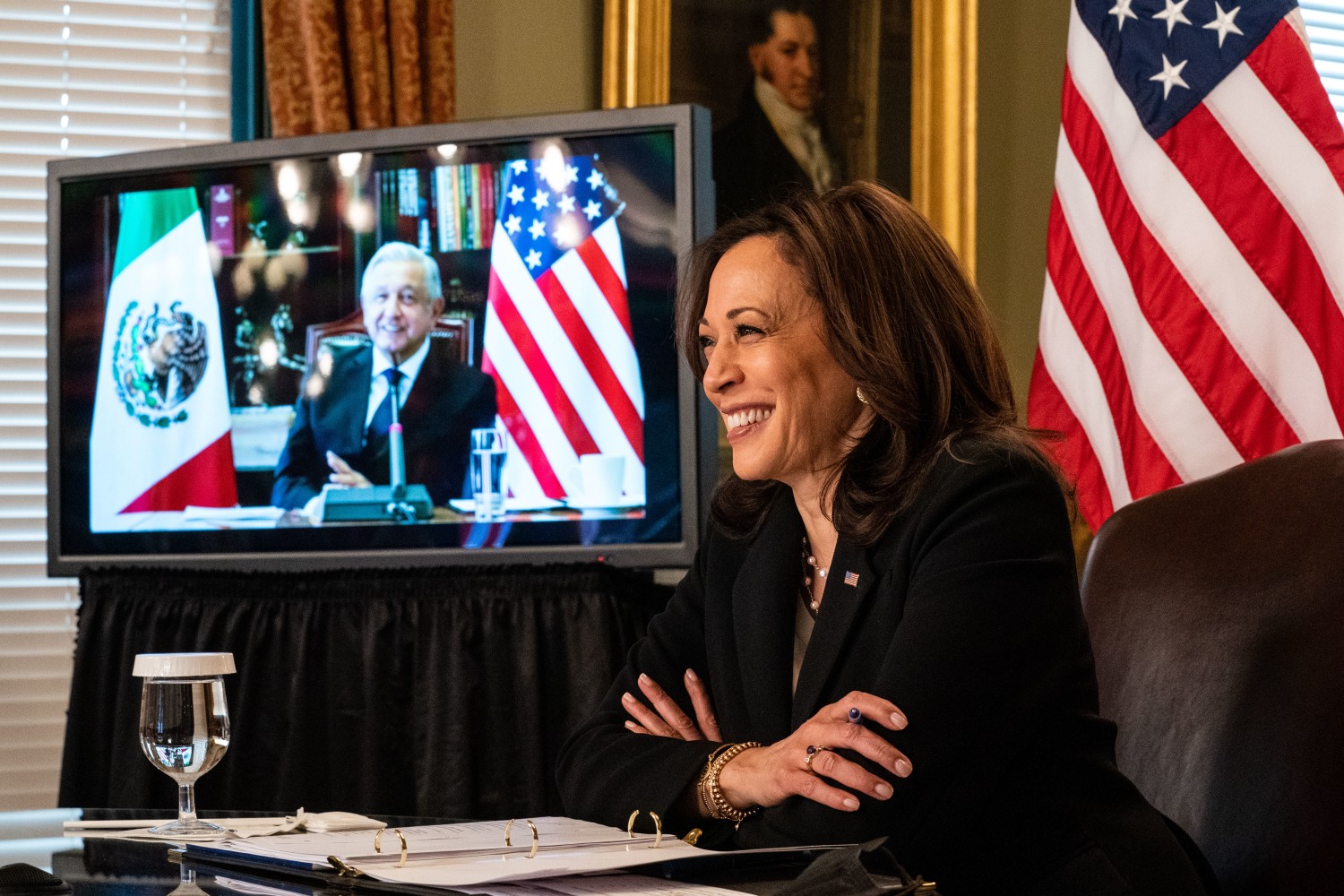 Mexican President Andrés Manuel López Obrador sharply criticized U.S. aid to a group in his country hours before he met virtually on Friday with Vice President Kamala Harris, underscoring the difficulty of her mission to get his help with immigration issues.

López Obrador singled out America’s funding for a non-governmental group in Mexico that fights corruption and frequently criticizes his administration, reflecting his broader campaign against voices of opposition, including political dissidents and journalists.

Yet the Biden administration is relying on independent anti-corruption and humanitarian groups as part of a wider strategy in Mexico and Central America to rebuild civil society and address poverty and violence, which they believe will help discourage children and families from making the dangerous journey north from Central America — through Mexico — to the United States.

By criticizing the American aid before his meeting with Harris, López Obrador risked embarrassing her at a high-profile moment — their first one-on-one meeting, if a virtual one, in her role as President Biden’s diplomatic emissary on the migration issue — and disrupting the Biden administration strategy just a month before her first trip to Latin America, specifically to Mexico and Guatemala.

Harris’ office did not comment on the late wrinkle and whether it would change her strategy. The two leaders smiled and exchanged cordial remarks during the opening of their meeting before reporters were ushered out, with Harris emphasizing their nations’ shared values of dignity, respect and the family bonds.

“This partnership, I believe, couldn’t be more important today. Our nations face serious challenges,” Harris said, citing the COVID-19 pandemic, its economic repercussions and the recent surge of Central American migrants at the U.S.-Mexico border.

“We must fight violence. We must fight corruption and impunity,” she said. Harris said it was in the two countries’ mutual interest to improve conditions in Central America and bring other nations beyond the Americas to join the effort, so that people will not want to leave their homelands.

López Obrador was conciliatory in his public remarks to Harris. “We have so many things in common,” he said, “and we are in agreement when it comes to the policies that you are undertaking when it comes to migration, and we will help.”

He noted that relations between the two countries had much improved since his most recent meeting with Biden, when Biden was vice president. López Obrador said he had specific proposals but would “leave that for later,” hinting perhaps that he might make more provocative comments when reporters left the room.

In a statement following the meeting, Harris said the two countries had agreed to share information to combat migrant smuggling and human trafficking, and to “bring together law enforcement from both nations to dismantle criminal networks” while protecting human rights.

Her statement said the United States is committed to economic development projects in the region that protect the right of workers to organize unions, reflecting the change in emphasis from the Trump administration, which seldom weighed in on human rights and worker issues in diplomatic relations.

In a tweet, López Obrador said the two leaders spoke “in friendly terms.” He wrote, “We are committed to working together to find efficient, humane and just actions [to deal with] the migration phenomenon.”

Earlier, in his daily news conference, López Obrador announced that his government had sent a diplomatic protest note to the U.S. government “asking for an explanation” of the U.S. aid that goes to Mexicanos Contra la Corrupcion, an anti-corruption group.

“This is deplorable that a group opposed to our government, that was dedicated to blocking all the public works we were carrying out … be given this financing by a foreign government,” López Obrador said.

He sought to portray the U.S. contribution as underhanded. However, such financing to civil society groups is a typical part of the work of the U.S. Agency for International Development.

The anti-corruption group has denounced numerous projects and issues in Mexico, including the government’s troubled handling of the COVID-19 pandemic and the allegedly shoddy construction of a subway line that collapsed on Monday, killing more than 20 people.

Andrew Selee, the president of the nonpartisan Migration Policy Institute in Washington, said Mexico’s leader was “trying to distract from a domestic crisis of the subway that collapsed, as well as trying to have some leverage in negotiations” with Harris.

López Obrador’s disdain for anti-corruption groups echoes complaints from anti-democratic leaders in Turkey, India and elsewhere, Selee said, adding, “It is sort of the playbook of leaders who are uncomfortable with civil society.”

Harris’ meeting with López Obrador was her second in two weeks with the head of a Latin American country. She met virtually last week with Guatemalan President Alejandro Giammattei, promising $310 million in additional aid to the country, part of a larger effort to increase humanitarian assistance and help rebuild civil society in the so-called Northern Triangle countries, which include Honduras and El Salvador.

She announced Wednesday that she would visit Mexico and Guatemala on June 7 and 8, her first foreign trip as vice president and her most significant gesture since Biden tapped her in March to oversee the diplomatic response to an influx of Central American migrants at the southern border. Harris spoke by phone with López Obrador last month.

Her assignment, which the administration defines as addressing the root causes of migration in the region, such as poverty, violence and corruption, is her most high-profile solo job and carries significant domestic political implications.

Republicans have been hammering the administration over immigration, an issue for which Biden’s poll numbers are significantly weaker than for his handling of the pandemic and the economy. As Harris visited Wisconsin on Tuesday to sell the administration’s legislative agenda, Republican leaders in the state said she should have instead gone to the border. Administration officials, however, say that is not part of Harris’ purview.

The administration sees government corruption, gangs and drug cartels as major obstacles to rebuilding civil society, discouraging migration north and distributing humanitarian aid dollars in Central America, especially in El Salvador and Honduras. Notably, Harris has no known plans to meet with the leaders of those two countries.

In a speech Tuesday, Harris denounced El Salvador’s government, which moved over the weekend to dismiss five judges on the nation’s Constitutional Court, a vote seen by American and other foreign critics as a power grab by President Nayib Bukele.

“An independent judiciary is critical to a healthy democracy and a strong economy,” Harris said in the speech from the White House to the Virtual Washington Conference on the Americas. “On this front, on every front, we must respond.”

Asked on Wednesday about those comments, Harris said that she is “taking into account the challenges that have long existed, and continue to exist, around corruption in the region and the challenges that that creates in terms of a return on the investment.”