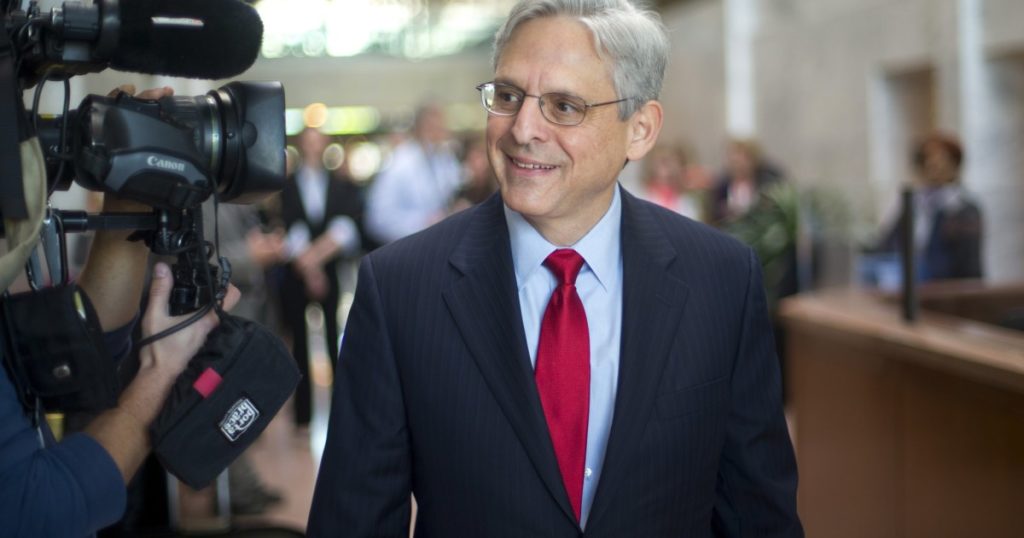 President-elect Joe Biden has chosen Merrick Garland, a federal appeals court judge and former Supreme Court nominee, as the next attorney general — a move that highlights Biden’s desire to restore independence to a Justice Department that has been scarred by the intense partisan politics of the Trump era.

Garland, 68, who served as a top Justice Department official in the Clinton administration in the 1990s, faces a tough task, including major decisions on whether to respond to calls to investigate President Trump and members of his administration, and overseeing the tax probe into Biden’s son, Hunter.

News of Biden’s selection came on a day when Trump supporters, egged on by a president who has led a falsehood-filled campaign to overturn the election, violently stormed the U.S. Capitol complex and forced lawmakers to suspend the counting of electoral votes. He will ultimately be responsible for how the Justice Department handles the prosecution of anyone arrested in the melee.

With Democrats securing control of the Senate in Tuesday’s runoff elections in Georgia, Garland is expected to be easily confirmed as the nation’s top law enforcement officer. His nomination, which Biden plans to announce Thursday, was greeted with enthusiasm from Democratic lawmakers. Sen. Amy Klobuchar (D-Minn.) told CNN that the federal judge is “someone that knows the law. He’s someone that — to me, one of the things that’s really important — will bring credibility back to the Justice Department and improve morale.”

Republicans signaled that they will not put up much of a fight over the selection. Sen. Lindsey Graham (R-S.C.), an influential GOP voice on Justice Department issues, said in a tweet that he believed “Judge Garland would be a sound choice to be the next Attorney General. He is a man of great character, integrity, and tremendous competency in the law.”

It is not unprecedented for a president to seek an outsider or federal judge to lead the Justice Department, particularly in a time of turmoil. President George W. Bush tapped Michael Mukasey, a former federal judge, to lead the agency after the tumult of Alberto Gonzalez’s tenure. President Ford appointed Edward Levi, the president of the University of Chicago who was viewed as apolitical, to lead the department as it was struggling to emerge from the crisis of Watergate.

Current and former federal prosecutors say that among Garland’s top priorities will be to improve morale in the agency. Over the last four years, the department has found itself caught in the political crossfire over an investigation into Russia’s election interference in 2016 and probes involving the president and his associates. Trump has spent the last four years blasting the department’s leaders for failing to investigate his political rivals and to halt probes that he has falsely called witch hunts and hoaxes.

Although he is regarded as a centrist, Garland would be called upon to execute progressive elements of the Biden administration’s criminal justice policy. They would include cracking down on domestic extremists, enhancing the enforcement of civil and voting rights laws and prosecuting polluters.

Garland was not among the early leading contenders for the job, but emerged in recent weeks as a front-runner, according to people close to the selection process. Other candidates included Sally Yates, who served as deputy attorney general in the Obama administration, and Doug Jones, a former Democratic senator from Alabama who just lost a bid for reelection.

Biden had been under intense pressure to field a diverse set of Cabinet nominees, and civil rights groups focused particular attention on the attorney general’s slot because of the influential role it plays in setting criminal justice policy. Garland, who is white, drew skepticism from civil rights leaders and defense lawyers because he has been regarded as a moderate as an appeals court judge and often deferred in rulings to law enforcement and the Justice Department.

Sherrilyn Ifill, the president and director-counsel of the NAACP Legal Defense and Educational Fund, did not mention Garland in tweets praising two other expected nominees to Justice Department posts. In 2016, Ifill’s organization issued a report calling Garland “highly qualified” to serve on the Supreme Court.

Rashad Robinson, president of the civil rights group Color of Change, said, “Merrick Garland was not on my list of folks we would have liked this administration to pick.”

Garland “does not come to the table with a history of work with us,” Robinson added. “That is not what a judge does. We’re starting from scratch. Given the results in Georgia and given the work that was put in, this is not the answer we would have liked.”

Garland, a graduate of Harvard University and Harvard Law School, served as a Justice Department prosecutor from 1989 to 1997, and handled fraud, public corruption and drug cases. He rose to top positions in the department’s criminal division and in the office of the deputy attorney general. In those jobs, he helped oversee investigation into the 1995 Oklahoma City bombing and the probe that led to the 1996 arrest of Ted Kaczynski, better known as the Unabomber.

In 1997, Garland left the Justice Department after he was confirmed by a 76-23 Senate vote to serve as a judge on the influential U.S. Court of Appeals for the District of Columbia Circuit.

He rose to position of chief judge, and President Obama nominated him to fill the seat of Supreme Court Justice Antonin Scalia, who died in February 2016.

Despite his nomination, Senate Majority Leader Mitch McConnell (R-Ky.) refused to consider Garland, saying the next president should get the pick. Trump prevailed in that contest and filled Scalia’s seat with Neil M. Gorsuch.