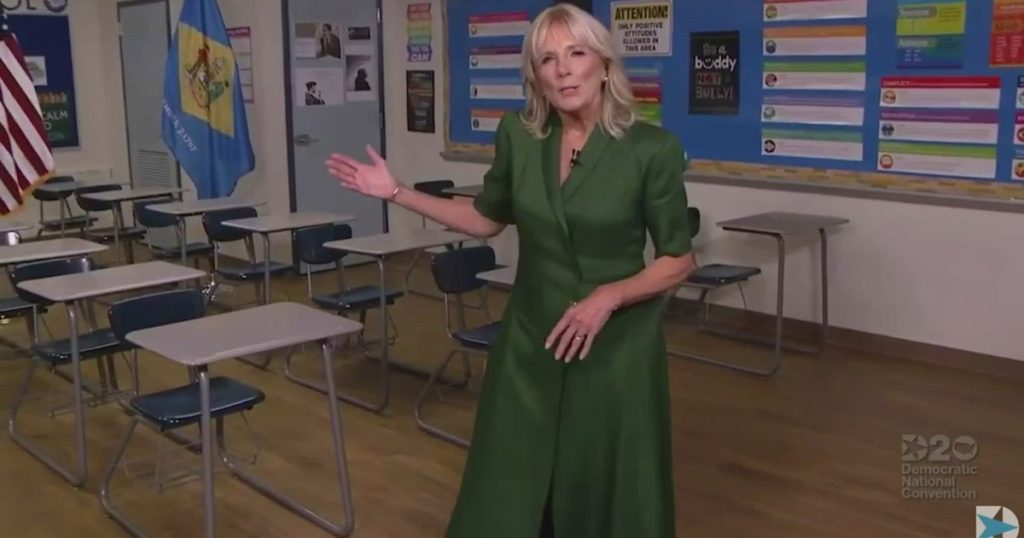 In the recent kerfuffle over a Wall Street Journal opinion piece about the “proper” use of the title “Doctor,” one thing at least is clear — the Journal’s op-ed section doesn’t know how to take its own medicine.

On Friday, the paper ran an essay by Joseph Epstein in which Epstein suggested that soon-to-be First Lady Jill Biden should drop the Dr. from her public identification because she is not a medical doctor and most people with PhDs and EdDs — Biden’s degree, doctor of education — don’t use the honorific.

Well, actually, that makes the piece sound way more reasonable than it is. What Epstein did was attempt to publicly shame Biden for using the title, or indeed any title, as his opening line — “Madame First Lady — Mrs. Biden — Jill — kiddo: a bit of advice” — makes clear. But especially not “doctor.” “Dr. Jill Biden,” he wrote, “sounds and feels fraudulent, not to say a touch comic.”

He went on to list her area of expertise (education), her alma mater (the University of Delaware) and even the “unpromising title” of her dissertation in a way that suggested those specifics somehow made her use of the title even more outrageous. (What’s wrong with the University of Delaware, may I ask?) “A wise man once said that no one should call himself ‘Dr.’ unless he has delivered a child,” Epstein continued, wiping off the board a whole host of actual medical doctors at a time when medical doctors of all kinds have never mattered more.

And that’s just in the first paragraph. The rest of the piece is a preening explanation of why Epstein himself never uses the title even though he received an honorary doctorate at some point from a school he does not name — I think we can assume it was not the University of Delaware — and a teardown of modern doctorates in general, which are, according to Epstein, not as prestigious as they once were.

You know, when you had to know Greek or Latin and women and people of color were not allowed to pursue them.

As you can imagine, many, many people are deeply offended and upset by this piece, including a lot of women with PhDs. Over the weekend, it went hate-viral (if you want to make a piece go hate-viral, just call a grown-ass woman “kiddo”) with all that entails — the Twitter explosion, the myriad think pieces, the pledges to cancel subscriptions, the calls for the Journal to retract the piece and fire its opinion editor, etc. You know the drill.

Which includes, of course, the opinion editor responding to all of the above, which he did Monday.

That’s when it got really good.

Having published a story that was written for the precise reason of provoking an intense response (and all the clicks and longevity that guarantees), Mr. Paul Gigot was shocked, shocked that so many people were so upset. So many that he could attribute it only to “a political strategy” by the Biden transition team. Several members of the Bidens’ communications team did indeed call out the piece’s sexism on Twitter, or as Gigot put it, “continued to push the sexist theme.” (Again, if you want to be accused of sexism, just call a grown-ass woman “kiddo.”)

“Why go to such lengths to highlight a single op-ed on a relatively minor issue?” Gigot wondered, exactly as if he were not the opinion editor at a major newspaper. “The outrage is over-wrought,” he continued, all but guaranteeing another round of think pieces (like this one), because nothing works better than telling righteously angry women to just calm down. Besides, he argued, other people, including The Times’ Robin Abcarian, have written about Jill Biden’s use of “Dr.”, which, as Abcarian pointed out, she adopted to claim a title that made her more than a “Mrs.” beside Joe Biden’s “Senator” and then “Vice President” — a title that revealed something beyond her marital status.

Which, for the record, is not the same as calling it “fraudulent” or “comic.”

And Gigot absolutely does not understand how anyone can be upset over Epstein’s use of the word “kiddo” when Joe Biden often uses it when referring to his wife. And if a newspaper can’t refer to a woman with the same words of endearment her husband uses, what’s the world coming to?

A world ruled by cancel culture, that’s what, at least according to Gigot. Why, Northwestern University just “purged” Epstein’s emeritus listing from its website, never mind that this is not an actual firing, because Epstein no longer lectures there. (In the course of his essay, Epstein went out of his way to denigrate the institution, where, Epstein wrote, “recent honorary-degree recipients and commencement speakers have included Stephen Colbert and Seth Meyers.” How upset can he be at having his “emeritus” status pulled from a website?)

Here is where a few things need to be made very clear. An honorary doctorate is not the same thing as an earned doctorate, so most of Epstein’s essay, in which he uses his own experience and “insight” to argue against using the honorific, is beside the point. He didn’t earn a doctorate. Biden did.

And, indeed, your thoughts on whether PhDs and EdDs should use the title are not a big deal — unless, that is, you write and publish a personally belittling essay entitled “Is There a Doctor in the White House? Not if You Need an M.D.” in the Wall Street Journal. Then you are making it a big deal by being intentionally provocative. Which is fine; that’s the point of many an op-ed or column, including this one.

So don’t tell the people you have intentionally riled up to calm down. Epstein wrote what he wrote, Gigot and the Journal published it, and now people are reacting. This is opinion journalism. Deal with it.

Oh, and once again, for the people in the very back who may not have heard: If you want to ensure that a bunch of people will attack you on Twitter, call for a retraction, cancel their subscriptions and demand you be fired, please, go ahead and call a grown-ass woman, a working educator with a doctorate in education from the fine institution of the University of Delaware — and, in just a few weeks, the first lady of the United States — “kiddo.”

That should do the trick.