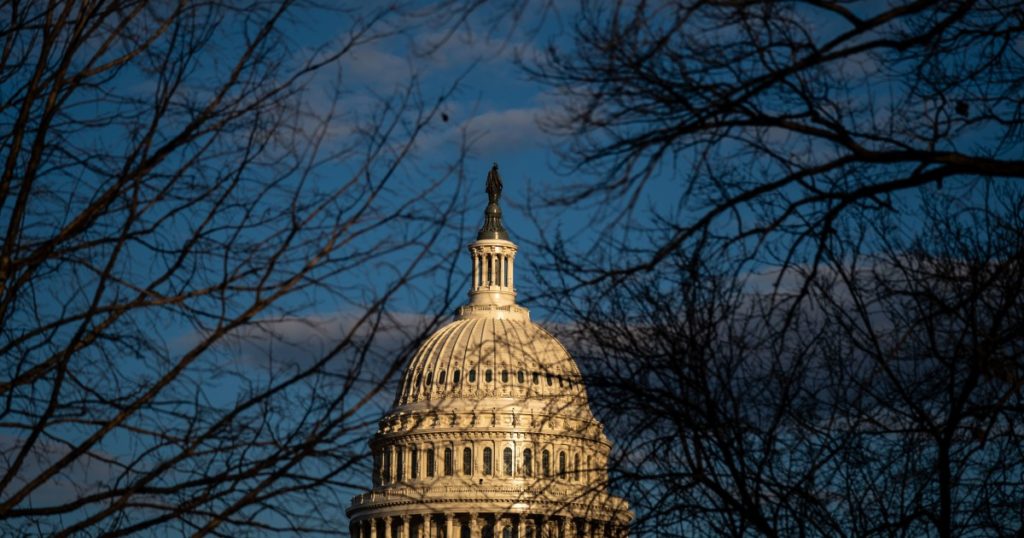 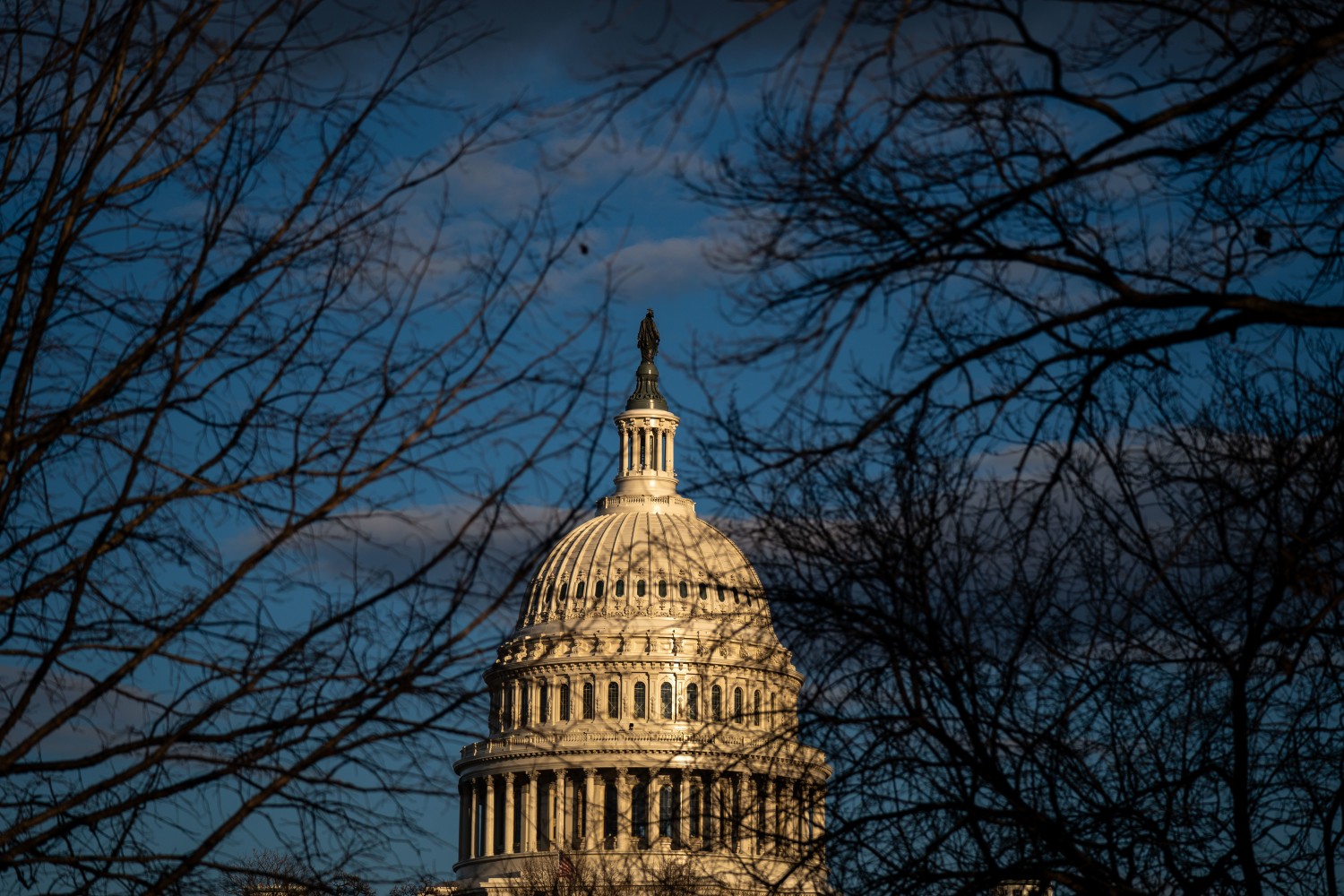 After four years of supporting or silently enduring President Trump, Senate Majority Leader Mitch McConnell issued a heated rebuke of the president Tuesday, blaming him for inciting the mob that carried out a deadly attack on the U.S. Capitol in the run-up to Wednesday’s inauguration.

“The mob was fed lies,” the Kentucky Republican said.

“They were provoked by the president and other powerful people, and they tried to use fear and violence to stop a specific proceeding of the first branch of the federal government which they did not like,” he said, referring to Trump’s attempts to overturn the election results.

McConnell delivered his remarks on his last day as majority leader — and on Trump’s last day in power — as all of Washington prepared for President-elect Joe Biden’s inauguration.

Less than 24 hours before the inaugural events were slated to begin, the Defense Department announced it had removed 12 National Guard troops from inauguration duty, two of them for suspected links to right-wing anti-government groups, according to media reports.

Federal prosecutors also revealed the first conspiracy charge stemming from the Jan. 6 riot, as Trump gave a nearly 20-minute farewell speech in which he didn’t mention his successor by name, but acknowledged that a new administration would take power at noon Wednesday.

Army Gen. Daniel Hokanson, chief of the National Guard Bureau, said Tuesday that some troops had been sent home because of “inappropriate comments or texts that were put out there,” but did not specify what they had said. The military and the FBI have said they are working to vet for security concerns the over 25,000 troops deployed to Washington.

Of those who have been sent home, Hokanson said 10 had been identified by the FBI via standard security checks for participants in the inauguration. Another was reported by the chain of command, and the 12th was brought to authorities’ attention “through anonymous reporting.”

“Extremism is not tolerated in any branch of the United States military,” Hokanson said. “If there are reported issues, our leader will address them immediately.”

Efforts to track down and arrest people who participated in the storming of the U.S. Capitol also continued Tuesday, with the news that federal prosecutors had filed charges against an alleged organizer in the anti-government militia collective known as the Oath Keepers.

Thomas Caldwell, a 65-year-old Virginia man, is accused of helping organize a group of as many as 10 other people, also thought to be militia members, who stormed the Capitol in military gear, according to an FBI affidavit in the case. Members of the Oath Keepers include former military personnel and police officers who believe right-wing conspiracy theories.

The FBI alleges in the affidavit that it has video taken at the Capitol of the group Caldwell helped organize.

“These individuals, who are wearing helmets, reinforced vests, and clothing with Oath Keeper paraphernalia, move in an organized and practiced fashion and force their way to the front of the crowd gathered around a door to the U.S. Capitol,” the affidavit states.

Other alleged members of the group, including Jessica Watkins and Donovan Crowl, have also been charged in the attack on the Capitol. The affidavit against Caldwell says he plotted with Watkins before the assault, and cites online messages between the two.

The affidavit also quotes a Facebook message in which Caldwell allegedly bragged about the group “storming the castle,” referring to the Capitol.

With the inauguration a day away, Washington continued its transformation from a city defined by iconic public spaces into a militarized complex of checkpoints, barbed wire and inaccessible zones.

National Guard troops, tens of thousands of whom have been stationed around the White House and the Capitol, could be found patrolling sidewalks in a residential neighborhood over a mile north of downtown Washington.

On Capitol Hill, police officers, some with rifles, questioned pedestrians who lingered on street corners, and asked passersby for government identification.

Though the inauguration ceremony crowds are expected to be smaller than in past years — and no amount of red, white and blue bunting will be able to hide the staggeringly large security apparatus — those planning to attend expressed no reservations.

Rep. Pete Aguilar (D-Redlands), vice chair of the House Democratic Caucus, said returning for the inauguration was as important as the House reconvening the night of the attack, when it worked until the early hours of the next day to certify Biden’s election.

“It’s important to let anybody who doesn’t believe in the outcome in November know that this is what America stands for: the peaceful transition of power, even if the president doesn’t want to acknowledge it,” said Aguilar, who was at the Capitol when the mob of Trump loyalists stormed the building.

Joseph DioGuardi, 80, a former Republican congressman from New York, got a COVID-19 vaccine before traveling to Washington for the inauguration, but still had to get tested for the virus once he arrived Monday.

DioGuardi considered bringing a bulletproof vest he used to wear during overseas trips to war zones, but feared it might cause problems at security checkpoints.

“I figured they might look at that vest and think you’re one of these troublemakers,” he said at his Capitol Hill hotel on Tuesday.

Rep. Jimmy Gomez, who was trapped in the House gallery during the riot, said he remembered thinking: “Is this the end of our democracy?”

The Los Angeles Democrat has safety concerns about attending the inauguration, but said, “As a member of Congress, my job is to be out in public no matter what the danger is … to show people our democracy is alive and well — that the terrorists didn’t win.”

Although many members of Congress have received threats of violence since the assault on the Capitol, Aguilar said he didn’t know of any who had been deterred from attending the inauguration.

He said he trusted Capitol police would protect him, but was concerned that security vetting had found National Guard troops who needed to be removed.

Aguilar has previously proposed legislation to address far-right extremism in the military, only to have Senate Republicans remove the term “white nationalism” from the proposed law.

“It makes me want to redouble our efforts,” Aguilar said. “Clearly, we have some work to do.”