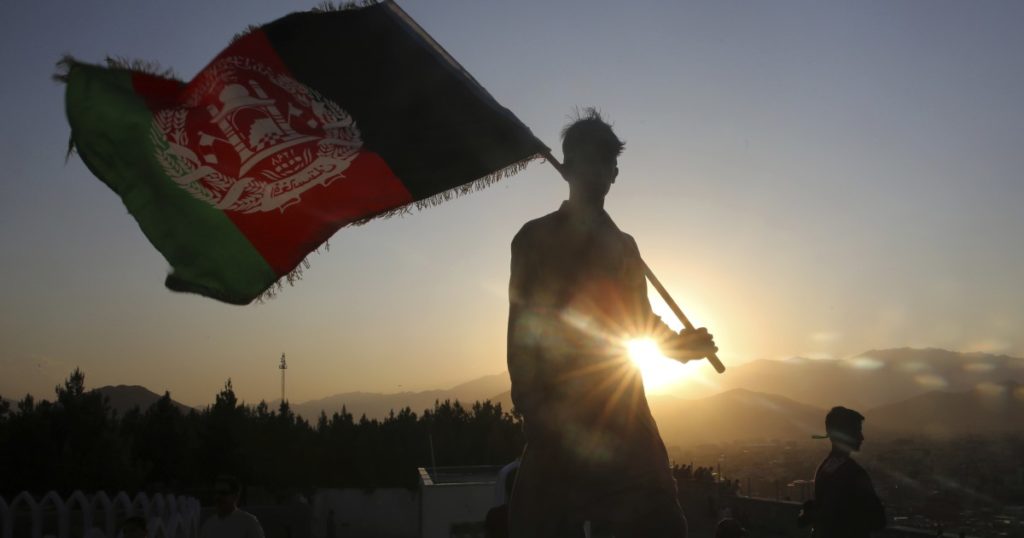 As U.S. and NATO troops withdraw from war-torn Afghanistan, the Taliban is advancing and claiming more territory.

The radical Islamist group controlled about two-thirds of the country as of Wednesday — including a number of provincial capitals seized in recent days — and it appeared that at some point its fighters would go for control of the national capital, Kabul.

Many Afghans who worked for or alongside the U.S. government during 20 years of war face the danger of reprisal attacks in the nation of more than 39 million people. And the urgency for finding safety is increasingly evident as the U.S. plans for the troop withdrawal to be complete by the end of August, sooner than the former deadline of Sept. 11, the 20th anniversary of the terrorist attacks on the United States.

“Millions of Afghans are living in terror to see what comes next,” Shaharzad Akbar, the chair of the U.N. Afghanistan Independent Human Rights Commission, said in a recent Security Council meeting.

The State Department announced last week that the U.S. was expanding its refugee program to include Afghans who worked for U.S.-based nongovernmental organizations, aid programs and media outlets during the war. Members of Congress, human rights groups and news organizations had pressed for the protection of tens of thousands of Afghans, though Biden administration officials could not estimate how many would qualify for refugee visas.

Ordinary Afghans with no connection to the U.S. military or American-based media or aid organizations have small prospects of making it out of the country.

Why was the refugee visas program expanded for Afghans and how is it different now?

Before the U.S. expansion of the refugee program, many Afghans seeking to flee to the United States had a couple of possible options. Some could apply for refugee status as an individual and show proof of a well-founded fear of persecution based on race, religion, nationality, membership in a particular social group, or political opinion. And some could apply for the special immigrant visa program for Afghans who worked for the U.S. government or assisted the military, commonly as interpreters or translators, for at least two years.

But many Afghans who helped U.S. organizations and whose lives were at risk did not qualify for the existing special immigrant visa program, Secretary of State Antony J. Blinken said recently.

In response, the State Department created a path for Afghans who assisted U.S.-based organizations during the war but didn’t work directly under the government or military for at least two years. Under the new program, Afghans who worked for U.S. nongovernmental organizations, aid programs and media are among those eligible for this refugee status, designated as “special groups of concern.”

But even the new program does not mean it’ll be easy for Afghans to reach the United States. It requires those who are eligible to get out of Afghanistan before their cases are processed, a condition that may be impossible for many.

Also, under the new program, a U.S. employer must contact the U.S. Refugee Admissions Program to refer an Afghan to the program. Usually, individuals apply for refugee status by contacting the U.N. refugee agency themselves.

What’s likely to happen to refugees as they make their way through the process?

Refugees often spend years, or even decades, in refugee camps, the largest of which are located in Africa and Southeast Asia, while waiting for their cases to proceed. And while special immigrant visas are supposed to be processed within nine months, the average processing time is almost two years, according to the think tank Migration Policy Institute.

Under the new program, it would take 12 to 14 months for refugees to be processed and arrive in the U.S., a senior administration official, who briefed reporters on the condition of anonymity in keeping with government protocols, said in a recent press briefing.

It calls for eligible people to leave Afghanistan as soon as possible for safety reasons and other factors and to go to a third country before processing of their applications begins. This can be difficult as obtaining visas to surrounding countries can be challenging.

European consulates in Afghanistan have been closed for years. Those who leave through neighboring Iran take the risk of being deported or shot by border guards, then would have to venture through the Zagros Mountains to reach the eastern border of Turkey, from which they would also risk being sent back. Dozens of bodies of Afghans who didn’t survive the journey are found in the mountains every year.

Despite the hurdles, many Afghans still try to leave the country. Some hire smugglers to attempt the daunting journey. An estimated 270,000 Afghans have been displaced since January, the U.N. reported. It’s unclear how many have fled the country — the departures of those who escape with smugglers are not well documented, Bill Frelick, director of the refugee and migrant rights division at the nonprofit Human Rights Watch, said in a phone interview.

Blinken said in a recent briefing that the government “will do everything we can to help them, including making these different avenues of arrival to the United States for this group of people possible.” He also said the U.S. would dedicate humanitarian assistance to Afghanistan and neighboring countries.

Here’s a little more background on the Taliban and the U.S. withdrawal.

The Taliban grew from resistance to a Soviet invasion in the early 1990s and eventually overthrew the government, taking control of most of the country. The group controlled Afghanistan until 2001, when the United States invaded after the country provided sanctuary for Osama bin Laden and Al Qaeda.

The Taliban and their affiliate groups have launched more than 5,500 attacks in 31 of the country’s 34 provinces since mid-April, and more than 400 Afghans have been slain in targeted killings this year, the U.N. said.

Afghan President Ashraf Ghani has pointed to the U.S. withdrawal for the country’s worsening violence, but the U.S. has pushed back.

“Well, there’s one party that is in most cases responsible for the outrageous and atrocious acts of violence that have been perpetrated against the Afghan people,” said State Department spokesperson Ned Price, “and that’s the Taliban.”