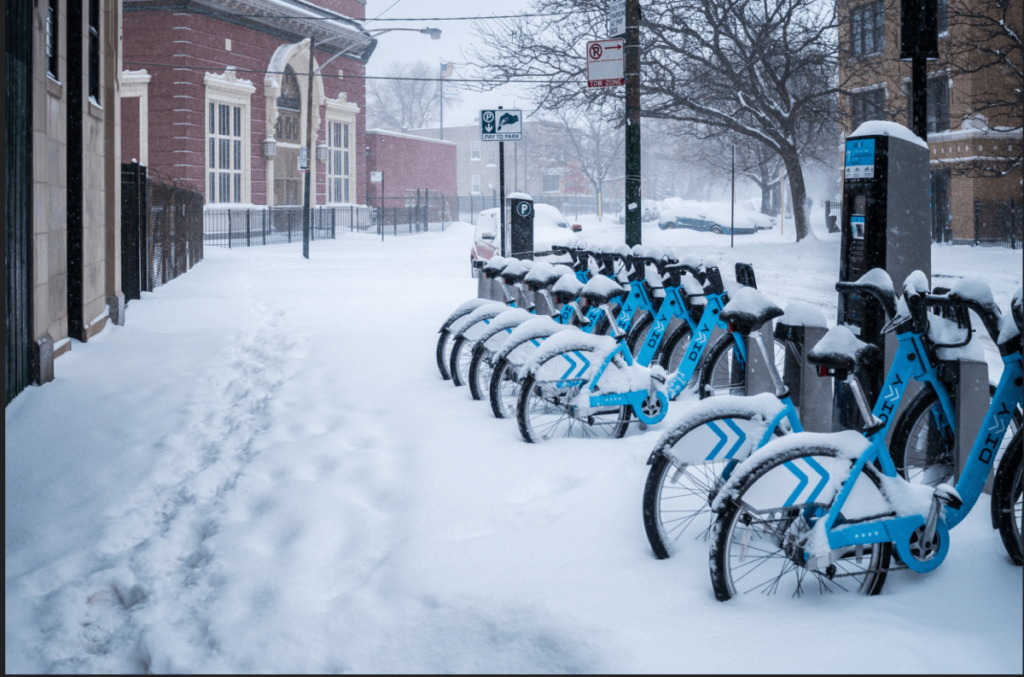 Low-income and BIPOC workers are more dependent on bikeshare to get around during the pandemic than their wealthy, white counterparts, a new study finds — but the location of docking stations doesn’t always prioritize their travel needs.

In a new study from the Maryland Transportation Institute, researchers studied the pre- and post-pandemic ridership trends in Chicago’s popular Divvy system, in hopes it might serve as an object lesson for communities across America that are rethinking the role of micromobility in the wake of COVID-19. Not surprisingly, the team found that total trips plummeted when the city locked down in March 2020 before gradually rebounding as quarantine orders eased.

But while bikeshare trips overall rose much faster than other modes — Divvy trips shot up 284 percent between their nadir, in April, and July, compared to a 137-percent recovery for driving trips during the same period — not all neighborhoods experienced the same trend. Researchers found that residents of disproportionately White and Asian neighborhoods were “significantly” less likely to return to Divvy compared to residents of predominantly Black and Latinx neighborhoods. Researchers note that these same groups are more likely to be employed as front-line workers, and to be medically vulnerable to the coronavirus, which might have motivated them to stay away from public transit.

“Essential workers are mostly non-White, poorly paid, and required to travel to their workplaces regardless of the stay-at-home orders,” the study authors noted. “Lower car ownership … and less flexibility to change to other modes may be other potential reasons.”

The finding comes on the heels of a shift in the broader conversation about equity in city transportation planning.

In an October op-ed for Forbes, Remix CEO Tiffany Chu wondered whether the pandemic had finally dethroned the nine-to-five commuter as the target customer of transit agencies, noting that “for those of us who have long fought for mobility of the car-less, of low-income BIPOC communities, this is not the death of the city — it’s a refocusing on the needs of those underrepresented that will make our cities more resilient.”

But fewer op-eds and studies have explored how biking networks could be better designed to prioritize the needs of low-income people who are among the most likely to rely on cycling for transportation during the pandemic. That’s partly because, give or take a few studies based on anonymized cellphone data, comprehensive information about how cyclists are getting around during quarantine is hard to come by — forcing researchers to rely on more limited data, such as bikeshare trends, for insights into cycling behaviors.

The Maryland researchers hope that studying Divvy — one of America’s largest bikeshare systems — can serve as “a reliable source to study travel behavior regarding cycling.” But they also recognize the inherent limitations of a study that’s limited to a one bikeshare program, especially given that Divvy is a docked system whose stations are more highly concentrated in white, wealthy areas (although the company is working to change that.)

The study might inspire cities and the bikeshare providers to think about how they can put cycling-dependent riders first, whether by relocating stations, introducing flexible, dockless options, or redistributing bikes to poorer neighborhoods more frequently.  Not to mention, by introducing big-picture policy shifts that affect mobility, such as raising the minimum wage.

“The state and local agencies should focus more on underserved and vulnerable populations to address challenges in following the stay-at-home orders and the new social-distancing norm,” the researchers noted. “The local government should enhance the wage of essential jobs, allocate more subsidies to essential workers, and estimate the changing travel demand in a timely matter to better allocate resources.”