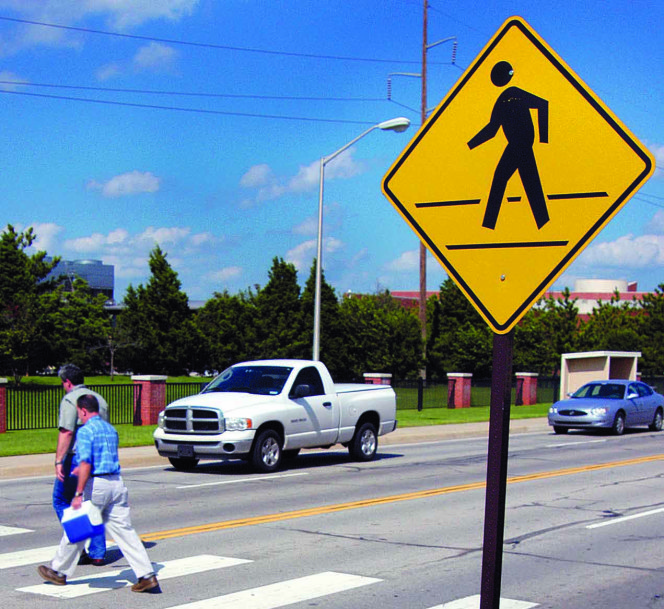 Under current rules, California cities have very limited say in the speed limit on their streets. Municipalities have to base it on how fast people currently drive, regardless of whether most of them are speeding or not. It’s known as the “85th percentile rule” because planners must set the speed limit at whatever speed the 85th driver is going.

It has caused a lot of problems, among them steadily increasing speed limits over time.

These rules are not based on science, nor on safety. Professor Brian Taylor, director of UCLA’s Institute of Transportation Studies, says the rule was created in the 1930s as a starting point, meant to be revisited when more evidence and experience would be available to help formulate a better method. Instead, it became a hard and fast rule, he told the Assembly Transportation Committee during its hearing on Assemblymember Laura Friedman’s bill, A.B. 43.

That bill is a first step towards changing this wackadoodle method. It passed the committee on a 15-0 vote, with no spoken opposition.

This is in sharp contrast to three years ago, when Friedman first brought a bill on the topic to this committee. Opposition from law enforcement and car clubs was stiff, and then-chair Assemblymember Jim Frazier (D-Oakley) pushed instead for a task force on the topic.

That turned out to be a good thing, said Friedman. “We convened a task force with stakeholders from all across California. We had representatives from AAA, from law enforcement, from safe streets advocates, from rural and urban areas. And what we discovered was that cities all over the state have for years been asking for some flexibility on setting speed limits.”

The task force recommended that the state change the way it sets speed limits.

A.B. 43 keeps a narrow focus. “It doesn’t get rid of the 85th percentile rule,” said Assemblymember Friedman. “It takes a balanced approach.” It gives local authorities more choices when it comes to setting limits, including allowing them to apply similar rules used for setting speed limits around schools in business districts. It would also require them to consider other factors besides a speed survey – such as pedestrian and bicycle safety, particularly the safety of vulnerable pedestrians.

Assemblymember Friedman said that last year, during the pandemic, the U.S. saw a thirteen percent drop in miles driven, but a 24 percent increase in its per-mile death rate. “That’s the highest increase in 96 years,” she said.

She does not claim that being able to set lower speed limits will magically make streets safer. “This is just one piece of the traffic safety puzzle,” she said, “but a very important piece.”

The bill has a long list of supporters, including the cities of Sacramento, Los Angeles, and San Jose, the Southern California Association of Governments, the Metropolitan Transportation Commission, San Francisco Municipal Transportation Agency, Walk SF, AARP, and others. Committee members warmly commended Assemblymember Friedman for her work on the bill.