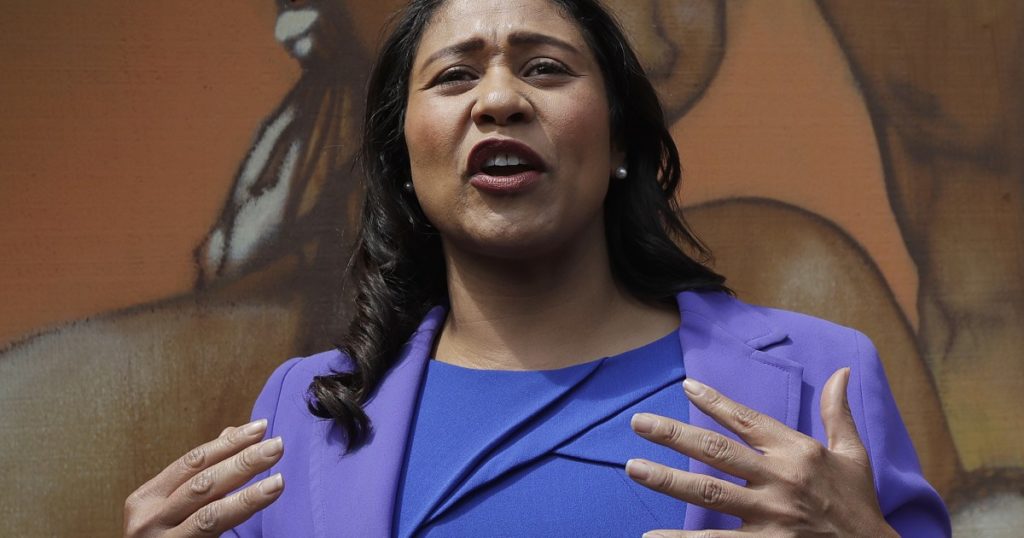 Days after it was revealed that San Francisco Mayor London Breed dined at the French Laundry restaurant following Gov. Gavin Newsom’s visit there, the mayor on Thursday issued a mea culpa, acknowledging it was “fair” that she be criticized for contradicting some of her messaging on social gatherings during the COVID-19 pandemic.

“It doesn’t matter whether something is technically allowed or not — I need to hold myself to a higher standard and I will do better,” the mayor said on Twitter.

Breed, who has castigated and cajoled residents to obey health orders following the coronavirus outbreak, joined seven others at the luxe Napa County restaurant on Nov. 7, the evening after Newsom’s infamous party there.

Breed’s dinner, first reported by the San Francisco Chronicle, violated no health rules. At the time, both indoor and outdoor dining was permitted in San Francisco and Napa County. Her party dined in a semi-enclosed space.

But the revelation that Breed mixed close together with people outside her household at the restaurant became yet another in a litany of cases nationwide in which public officials preaching safety measures have been caught in situations that at the least displayed poor optics.

On Thursday, the Chronicle published an editorial criticizing Breed and other California Democrats for saying one thing on the pandemic and doing another. On Thursday, Breed linked to the editorial in issuing her statement of regret.

Along with criticizing Breed and Newsom, the editorial faulted San Jose Mayor Sam Liccardo for gathering over Thanksgiving with relatives from five households and Los Angeles County Supervisor Sheila Kuehl for eating at a favorite Santa Monica restaurant after voting to ban dining outside.

“A weary public will need firm guidance and serious arguments in devising an answer to soaring infection and hospitalization rates. With their irresponsible behavior, these leaders just made that job more challenging,” the editorial stated.