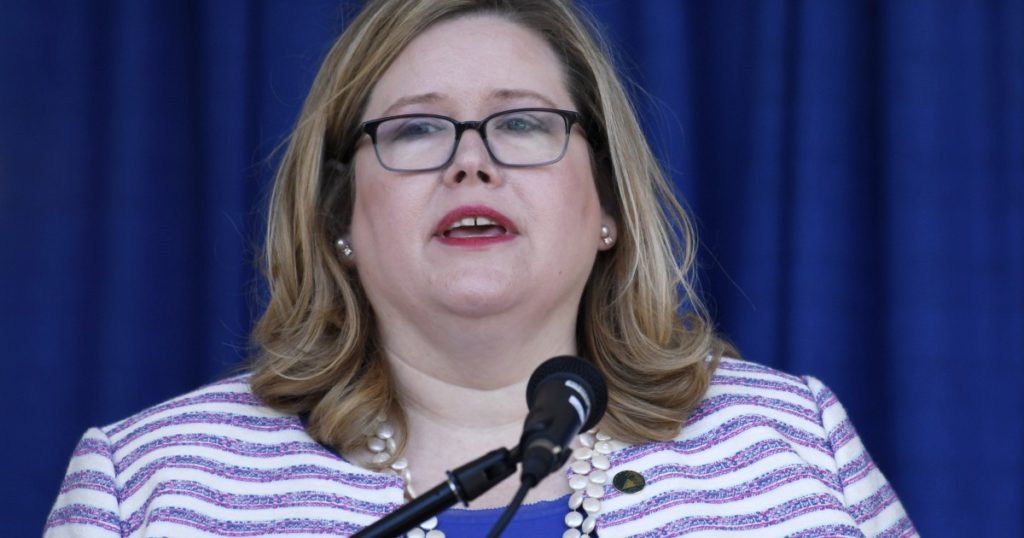 Occupants of the real world recognize that Joe Biden won the 2020 presidential election. His lead is far too large to reverse, and President’s Trump’s disingenuous defenders haven’t even offered a legal theory, much less any evidence, that would so much as dent it.

But the president and his appointed administrator of the General Services Administration, Emily Murphy, continue to constitute a two-person blockade preventing the Biden team from commencing the transition. That is because the law — the Presidential Transition Act of 1963 — assigns to the GSA head the responsibility to “ascertain” the “apparent” winner and trigger the government’s formal transition-of-power apparatus.

With the exception of the Bush-Gore contest in 2000, which was genuinely uncertain for weeks, no GSA administrator has ever failed to promptly ascertain an apparent presidential election winner. (To be fair, in no other election has the apparent loser simply refused to concede.)

Murphy’s stall has far more than symbolic consequences. Among other severe problems, it prevents the release of $9.9 million in funds for salaries, office space and other necessities; it prevents the incoming administration from gaining access to data and information it needs to hit the ground running on Jan. 20; it impedes the recruitment of 4,000 political appointees, including 1,250 who require Senate confirmation; and it keeps Biden from receiving the president’s daily intelligence briefing.

On Wednesday, Biden urged Murphy to get off the dime, asserting in harsh terms that the delay could set the distribution of COVID-19 vaccine back by “weeks or months.” So far, she has shown no signs of budging or even identified what her criteria for ascertaining an apparent winner might be.

Some transition officials have hinted at the possibility of a lawsuit to compel Murphy to do her duty, but Biden himself told reporters a week after the election, “I don’t see a need for legal action, quite frankly.”

Why not? Given the urgency of starting the transition, the relative clarity of the legal command and the unprecedented nature of Murphy’s foot-dragging, why not rush into court to seek a declaratory judgment that Biden is the apparent winner and that the formal transition must begin as a matter of law?

In a word, because the lawsuit plausibly could fail, and such a result would embolden Trump to block the transition up until the second that the Constitution declares he is no longer president (which, thankfully, it does: The 20th Amendment states flatly that his term “shall end” at noon on Jan. 20, in the year after an election. He can blockade himself in the basement, but he is no less an ex-president).

There are two ways in which a court, including the Supreme Court, could hold for Trump, even though the thrust of the law seems clearly to require Murphy to ratify the reality of Biden’s apparent win.

The first is to interpret the Presidential Transition Act as leaving the ascertainment of a winner to the unreviewable discretion of Murphy, using whatever tools and judgment she decides to bring to bear.

That would, however, be a lousy and brittle interpretation of the law. There is an actual meaning to the term “apparent winner,” and the administrative function that the law assigns Murphy should not permit her to declare, as Humpty Dumpty does in the sequel to “Alice in Wonderland,” “When I use a word, it means just what I choose it to mean — neither more nor less.”

The second argument that could prevail in today’s federal courts relies on a version of the unitary executive theory beloved by many conservatives and accepted by many more judges now that Trump has appointed some 200 of them to the federal bench. It goes something like this: All executive power resides in the president, so no executive branch employee can contradict him as a matter of that core legal power.

This would mean that Murphy’s judgment and discretion are completely beside the point; Trump has determined that Biden is not the apparent winner (indeed — he has declared himself the apparent winner by tweet and in a news conference), and it simply follows that nobody in the executive branch can legally adopt a different position.

On top of that, a Biden lawsuit would run up against federal judges’ general disinclination to accuse a president of bad faith, which has produced a bevy of problems in the age of Trump. There are several doctrines that require courts to defer to presidents. Those doctrines make sense to the extent that they allow the president to execute policy, as is his job, but they have also proved naïve and ill-adapted to a president who lies routinely and flouts laws and norms.

The upshot is that Biden’s team — and the country — is caught between two bad choices.

The Biden camp can sue, which would without doubt eat up time and could result in a loss that would legitimate Trump’s appalling hijack of the government. Or the president-elect can keep ratcheting up the political pressure, knowing that it may only play to Trump’s petty craving to exercise his ever-diminishing power, even in the face of his failures to steal the election in the courts.