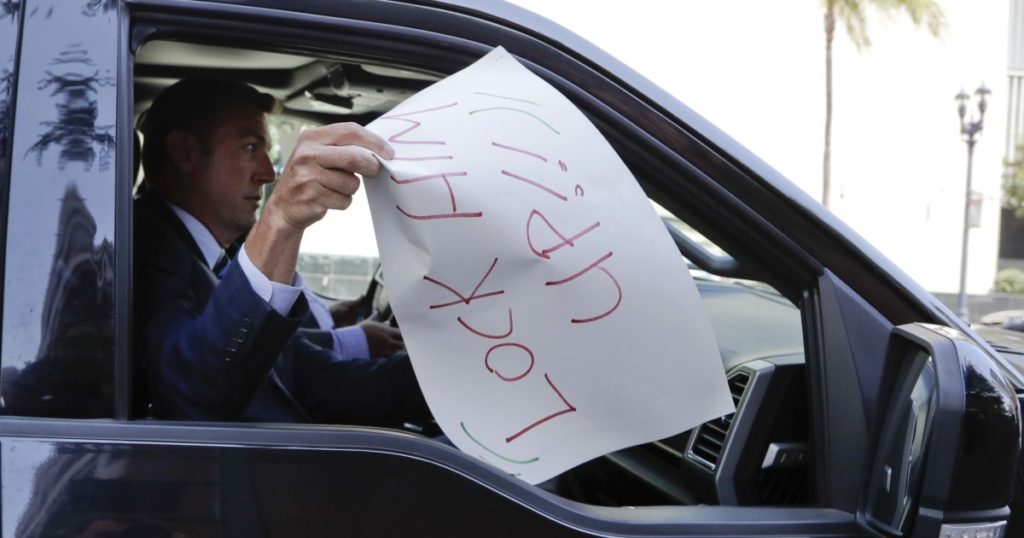 President Trump’s latest spate of pardons hits a new low in treachery and dereliction of duty.

In no aspect of his presidency has Trump acted more immorally and done more damage to the rule of law and constitutional norms than in his exercise of the pardon power. But Tuesday’s and Wednesday’s spree opens up a whole new perverse chapter of disgrace for the most disgraceful of all our presidents.

From the start, Trump’s pardons have been legally repugnant and, in some cases, patently corrupt. They have two general themes: erase or discredit the consequences of the Robert S. Mueller III probe into Trump’s 2016 campaign’s Russia connections, and reward certain reprehensible cronies — remember Arizona’s former Sheriff Joe Arpaio and Dinesh D’Souza?

Some argue that Trump’s pardons are beyond denunciation because clemency and commutation, like so much of executive power, partake of a mix of personal and public-spirited motives and the two can be hard to tease apart. But Trump is always an extreme case; his acts of “mercy” are driven almost exclusively by self-interest, with little to no identifiable alloy of public purpose.

Among the pre-Christmas wave, Paul Manafort, Roger Stone (whose earlier commutation was upped to a pardon), George Papadopoulos and Alex van der Zwann all fit into the category of Mueller-inquiry pardons, as did Michael Flynn, who got his get-out-jail-free card before Thanksgiving. According to the official White House pardon statements for these men, Trump’s actions correct “the wrong that Mueller’s team inflicted on so many people,” righting “the injustices” of the Russia investigation.

Just the opposite is true. The Mueller report, out of some combination of Department of Justice policy and the special counsel’s reticence, didn’t go as far as the law and evidence could and should have taken it. Now Trump’s pardons go a good ways toward closing the circle and permanently obscuring the facts of the Russian attack on the 2016 election.

Another of Trump’s final-days orders covers Ivanka Trump’s father-in-law, Charles Kushner, who pleaded guilty to charges of lying, witness tampering and tax evasion. Consider it the possible gateway to a self-dealing, family clemency jamboree — including the possibility of preemptive pardons for Jared Kushner and the Trump children.

As bad as these pardons are, the clemency grants to three former Republican members of the House of Representatives, all convicted of massive corruption, and four Blackwater military contractors, who killed 14 unarmed Iraqi civilians, open up an even nastier pardon cesspit.

It’s no exaggeration to say that one of the Justice Department’s defining missions is prosecuting dirty politicians. A special section is carved out for it, staffed by elite attorneys who take great pride in applying the law to the nation’s most influential and powerful citizens without fear or favor. All of which means Trump’s pardons for former GOP Reps. Chris Collins of New York, Duncan Hunter of California and Steve Stockman of Texas — who were guilty of insider trading, stealing hundreds of thousands in campaign money and robbing a charity, respectively — delivered an especially brutal kick in the teeth to the DOJ.

As to the pardons for the four ex-Blackwater contractors — Nicholas Slatten, Paul Slough, Evan Liberty and Dustin Heard — they are equally gratuitous and more immoral. Holding Blackwater’s contractors to account took seven years of arduous work on the part of government prosecutors. The massacre the guards were responsible for in Iraq did disastrous damage to the United State’s international standing. To the extent that the Department of Justice’s convictions repaired that damage, Trump’s indulgences wipes it out again. It’s hard to imagine a more shoddy and demoralizing gesture.

In any other administration, the Department of Justice would have weighed in on the president’s pardon decisions. Did Atty. Gen. William Barr, whose last day in charge was Wednesday, or any other department official push back against pardons that are a gut punch to its most important institutional interests?

In order to receive a pardon, petitioners are supposed to have served their sentences, demonstrated genuine remorse for their crimes and led a productive life afterward. Such requirements are just one more joke to Trump — by a conservative estimate, more than half of his pre-Christmas pardons went to people who did not meet Justice Department criteria.

Trump’s pardons exemplify the abuse of power, and the worst of them go beyond caprice or even score-settling to the demolition of core Justice Department functions. Granting clemency to war criminals and corrupt congressmen has a grotesque sort of purity that proves the rule of this presidency: With Donald Trump, there is no bottom.