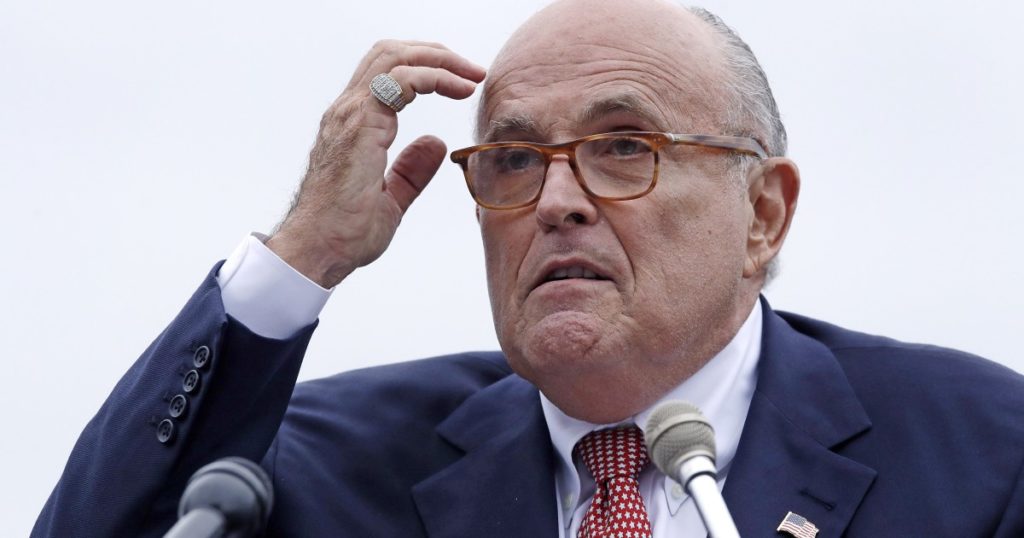 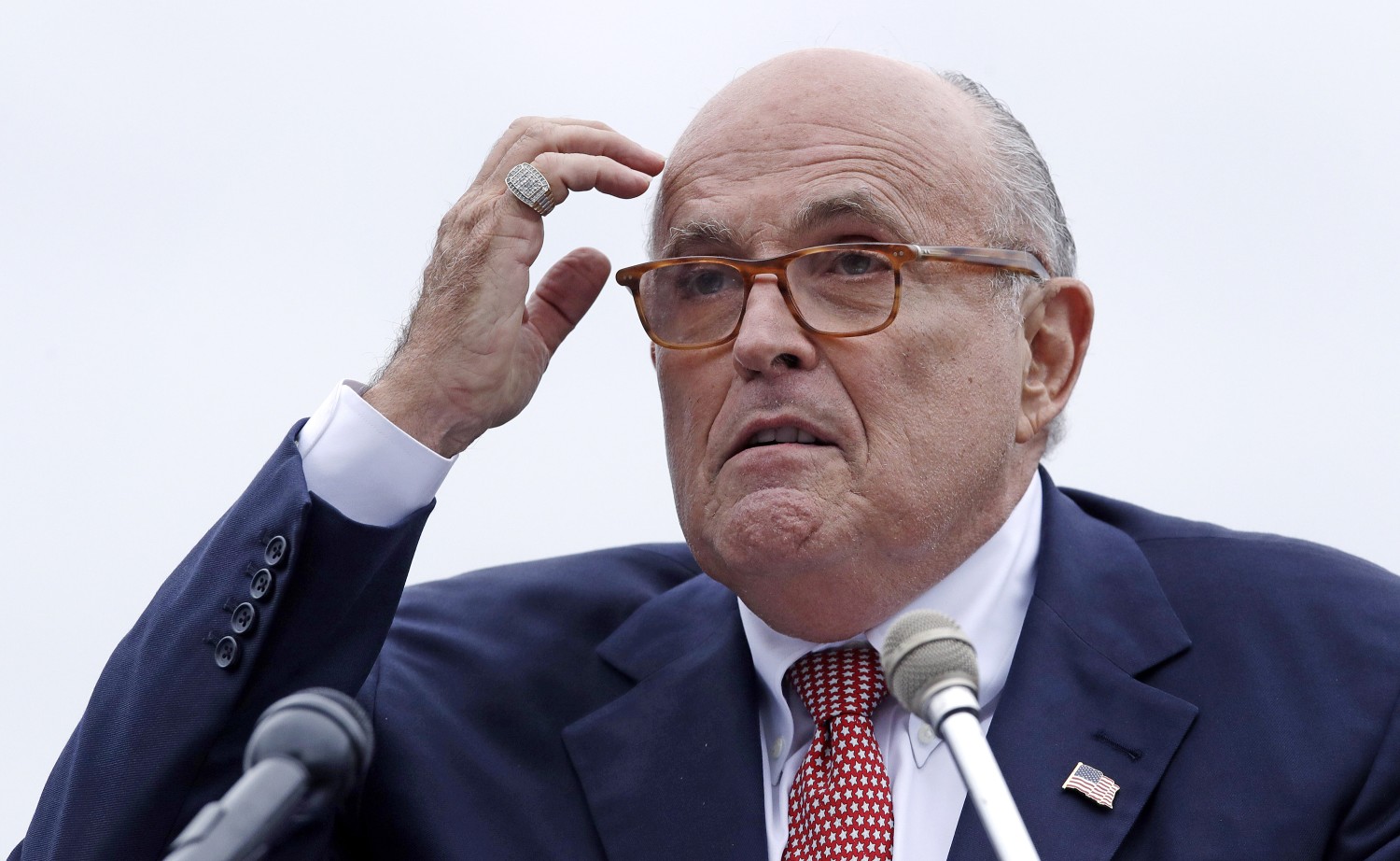 It was entirely predictable that Rudy Giuliani would react to the FBI search of his office and apartment last week by claiming that a “corrupt double standard” subjects supporters of former President Trump to “false charges and procedures.” The publicity-savvy Giuliani was even ready to apply a name to it: the Trump Derangement Syndrome.

It is outrageous, read the statement from Giuliani’s lawyer, that the Department of Justice has set its sights “on the United States Attorney and Mayor who did more to reduce crime than virtually any other in American history.”

But Giuliani’s complaint is a scoundrel’s refuge. The legitimacy of the search is demonstrable. Indeed, it is apparent to anyone who followed what was happening in mid-2019, as Giuliani, then the president’s personal attorney, undertook a shakedown campaign in Ukraine and bombastically insisted it was proper.

Giuliani’s computer and phone were seized because federal prosecutors think he may have failed to register as a foreign lobbyist — in this case, for Ukrainian interests — as required by law. Instead of a partisan witch hunt, the investigation has the look of a by-the-book operation driven by facts and law; that is, by Giuliani’s own actions, not politics.

Here’s one thing that backs up that assessment: The prosecutors in the Justice Department’s Southern District of New York attempted to execute the Giuliani search warrant twice, even under Trump.

More precisely, they had sought to execute functionally identical warrants: Prosecutors would have had to show a judge last week that the information in the warrant, and the claim of probable cause for finding evidence of a crime, remained valid.

Both times the Giuliani warrant came up in 2020, senior officials at the Department of Justice — that would be Trump’s and William Barr’s Department of Justice — said no because the department doesn’t take an overt action that could influence voters in the 60 days prior to an election. (The first “no” came in advance of Nov. 3 and seems a fair application of department policy. The second one, after election day, not so much.)

This history alone all but disproves Giuliani’s partisanship allegation. It’s evidence of the opposite really: prosecutors under Trump/Barr and President Biden and Atty. Gen. Merrick Garland were seeking the same thing — a full investigation of what Giuliani was up to in Ukraine in 2019.

Indeed, there’s irony in the search having been halted under Barr but green-lighted under Garland. Had Barr permitted the search to go forward, it would have given Giuliani a strong hand to play in seeking a pardon from Trump. Now he is out in the cold.

Beyond the department’s consistency, there’s a wealth of publicly known evidence supporting a Giuliani investigation. We know from testimony at Trump’s first impeachment hearings that Giuliani was conducting what many in the State Department considered a rogue foreign policy campaign in Ukraine — rogue in the sense that he had no official role there and that what he was doing was contrary to U.S. strategic interests.

By many accounts, Guiliani was trying to orchestrate the ouster of then-U.S. ambassador to Ukraine, Marie Yovanovitch, an exemplary public servant working effectively against corruption, as was her official brief. He was also browbeating U.S. officials — remember EU Ambassador Gordon Sondland’s impeachment hearing testimony? — to pressure President Volodymyr Zelensky into announcing an investigation of Hunter Biden’s Ukrainian ties, which would have provided Trump a campaign talking point. (Yovanovitch lost her job; Zelensky held out.)

The public record also shows that Giuliani was in cahoots with one Lev Parnas. In 2018, Parnas paid Giuliani $500,000 for consulting work done for a mostly nonexistent business. By 2019, he says he was acting as a go-between for Giuliani (and Trump) in Ukraine, searching for dirt on the Bidens among former officials who considered Yovanovich a threat. “I was on the ground doing their work,” Parnas told Rachel Maddow, of Trump and his lawyer.

But Rudy claims he has a defense: There is a clause in “my contracts,” he insists, that says “I don’t do lobbying.”

It’s a bizarre claim. He may as well point out a contract provision that says “I will commit no crimes and will always behave like a perfect gentleman.” Whether Giuliani was lobbying on behalf of foreign individuals comes down to this: Did he act at the request of foreigners when he attempted to influence U.S. government officials in Ukraine?

There’s one last reason to be reassured about the fairness of the Giuliani investigation. The Justice Department didn’t tell the White House last Wednesday’s search was coming.

“I give you my word,” Biden said later, “I was not briefed.” (It is impossible to imagine a similar forbearance in the Trump era.)

In fact, the department appears to have bent over backward to be indifferent to politics. The Giuliani search came on the very day Biden delivered his first speech before a joint session of Congress. It would have been more politically convenient had the FBI waited a bit. Shortly after the raid was reported, Giuliani’s former client weighed in. “It’s like so unfair,” Trump said. “Rudy is a patriot.”

However hard it may be for Giuliani or Trump to believe, the government has its share of squeaky clean, unflinchingly fair servants of the law. The persistent prosecutors in the Southern District of New York are among them. So is the man now atop the Department of Justice.