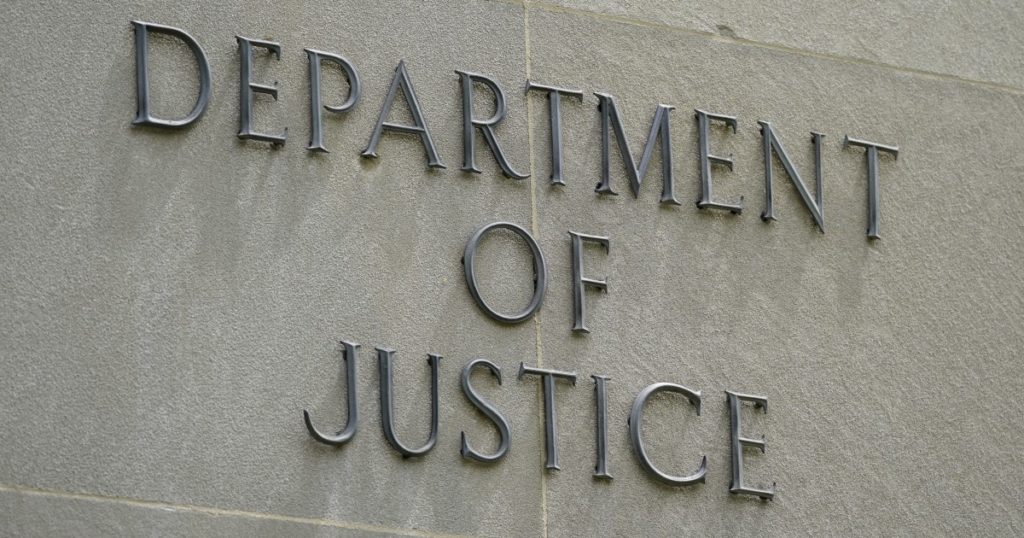 In one of the Department of Justice’s most important filings since the Biden administration took office, it went AWOL.

Determining and advancing the government’s best legal positions is the core of what the DOJ does — to quote its mission statement, its job is “to enforce the law and defend the interests of the United States according to the law.” But late last Friday, the department came up empty: It told the D.C. Circuit Court of Appeals it had no legal position to offer.

What was at issue is about as fundamental as it comes: Do non-Americans detained at the Guantanamo Naval Station in Cuba have any due process rights under the Constitution?

It’s an admittedly thorny question, and one that hasn’t been resolved in the now 20-year duration of the so-called war on terror. The Supreme Court has held that Guantanamo detainees may bring petitions for habeas corpus to challenge their detention. But that decision did not define the scope of their rights, and in particular, it did not address whether they have protection under the due process clause of the Constitution, as they certainly would if they weren’t foreign nationals being held outside the U.S.

The case in question is Al-Hela vs. Biden, brought by Abdulsalam al-Hela, one of the 40 remaining Guantanamo detainees. Al-Hela squarely argues that his indefinite detention without trial indeed violates due process protections.

In January 2019, the federal district court in Washington rejected his claim, and on appeal, a three-judge panel of the U.S. Court of Appeals for the District of Columbia affirmed. Al-Hela asked for and got a rehearing from the full appeals court — nine judges are giving the issue, and the department’s brief, their full attention.

We don’t know the finer points of Justice Department’s submission because, like so much involving the Guantanamo detainees, it was sealed for national security reasons. But officials told reporters the final product took no position on the due process clause.

For the department to decline to state a position isn’t unprecedented, but it is exceedingly rare, and in this case highly irresponsible, given the enormous legal and moral stakes of the issue. As the chairman of the Senate Judiciary Committee, Richard J. Durbin (D-Ill.), put it in a letter to Atty. Gen. Merrick Garland in support of applying due process at Guantanamo, “The Department’s legal positions should reflect our nation’s commitment to liberty and the rule of law, recognizing that our nation is strongest when it adheres to its core values.”

As the Durbin letter illustrates, the Al-Hela case goes to the heart of our system of government. That is not to say that Durbin is right, or that it would have been derelict for the DOJ to make the contrary argument. Successive administrations — including that of President Obama, who had promised to close Guantanamo — have hewed to general position of the George W. Bush White House: The detainees are largely outside constitutional protections.

In the weeks leading to the Al-Hela filing, according to the New York Times, constituencies in the Biden administration were at loggerheads over the case. The State Department and Department of Defense pushed for Justice Department to recognize that due process applied to al-Hela, and attorneys in the Civil Division of the DOJ forcefully disagreed.

Such passionate in-house debates are to be expected in a case of such importance and complexity. But what is also expected is that the Justice Department — specifically, the solicitor general subject to the countermand of the attorney general — will come to a conclusion. It simply cannot be that what the appeals court decides on due process at Guantanamo is a matter of indifference to the department.

So what happened? Two anomalies may have played a part. First, Garland is recused from the case. He was on the DC Circuit Appeals Court when it agreed to a re-hearing for Al-Hela vs. Biden. Second, Solicitor Gen. Elizabeth Prelogar is the acting solicitor general; she hasn’t been nominated or confirmed for her job.

Prelogar is in an excruciating position: A decision to argue that the due process clause applies to Guantanamo detainees could infuriate hawkish senators such as Lindsey Graham and doom her prospects for confirmation to a permanent post. A decision to argue against such rights would have committed her and the department to what many progressives view as stone-age legal thinking.

All of this may help explain the weak-kneed result, but it does not justify it. Yes, Prelogar’s position was unenviable, but that doesn’t change the overall responsibility of the department, which was hers to carry out. And with Garland’s recusal, it fell to Acting Atty. Gen. Lisa Monaco to step in if necessary to keep the department to its paces. She didn’t.

The Biden administration has repeatedly committed itself to restoring the Justice Department’s professional credibility and re-establishing its commitment to straight shooting, unswayed by political winds. It’s a real shame that in such a visible and consequential case, in which the department faced a swirl of winds from many directions, it did something just as bad. It ducked.