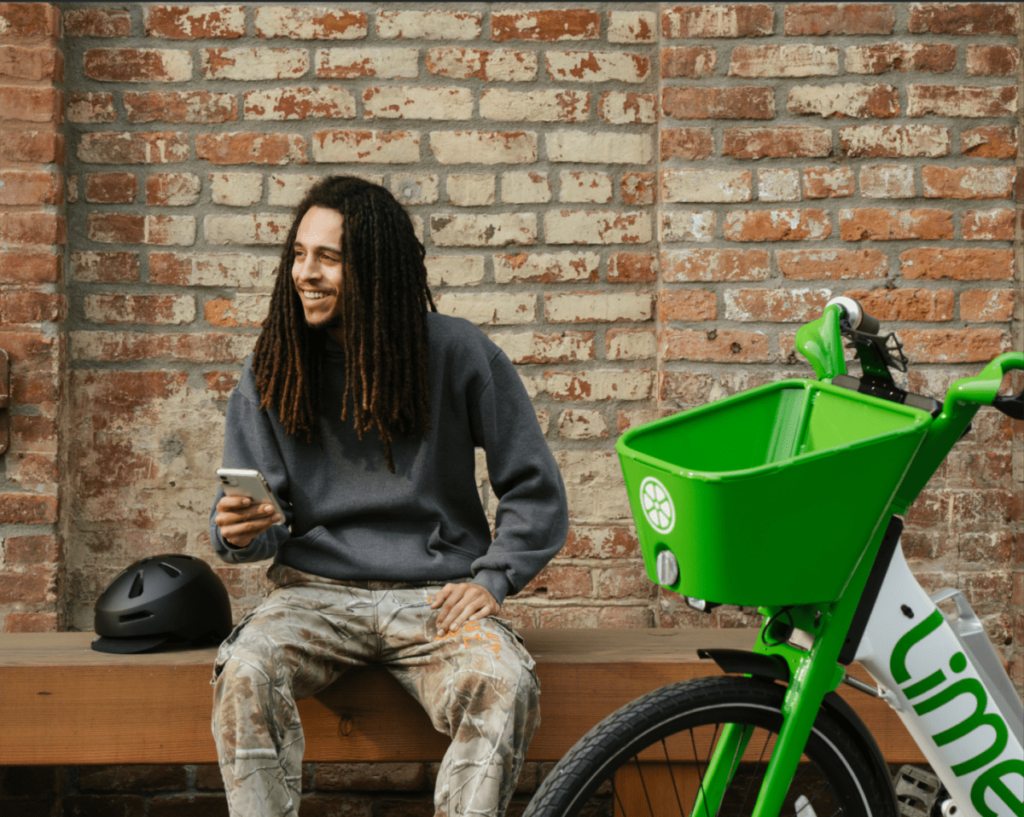 One of America’s largest scooter-share companies is going back to its roots as a bike company — and taking a step into the future by going electric.

Micromobility giant Lime will announce on Monday that it will spend $50 million to quadruple the size of its e-bike fleet and bring the mode into 50 cities worldwide by the end of 2021, transforming an outfit that’s largely associated with scooters into the single largest provider of shared electric cycles outside of China.

The move builds on the company’s acquisition of e-bike company Jump in May, as well as its origins as an analog bike-share company (remember Limebike?) that helped unleash a national conversation about the latent demand for cycling in America in 2017 — before going all in on cheaper-to-operate e-scooters just a year later. That strategy undoubtedly served the company well; scooter trips more than doubled between 2018 and 2019 while bike-share trips increased just 10 percent over the same period, prompting Lime head of government relations Adam Kovacevich to opine that the newer mode simply “attract[s] more riders — there’s no doubt.”

But over time, some riders began to look at the old-school velocipede in a new light — particularly the ones equipped with new-school battery support that made pedaling a snap for a broader range of riders. That shift was accelerated by the pandemic, as transit passengers shied away from trains and buses and onto longer rides on solo micromobility modes, only to discover the limitations of a vehicle with 10-inch wheels and no basket, at least for mid-range commuting.

“We know our e-scooters are great at moving people a mile, two miles,” said Sam Sadle, head of government relations at the company. “But if you need to go five miles, or bring a load of groceries home, an e-bike is probably a better option.”

Of course, Lime isn’t the first micromobility outfit to recognize the inherent potential of e-bikeshare. The industry on the whole was beginning to embrace the expensive but accessible mode even before the coronavirus upended city travel as battery costs came down and the appeal of approachable pedal-assist options became more widely known. By August of 2019, 41 of 192 U.S. bike-share systems offered at least a few electric bikes; systems like Portland’s Biketown and Madison’s BCycle ditched acoustic bikes entirely.

But some of the biggest bikeshare cities were slower to catch on — and by the time they hopped on the bandwagon during the pandemic, supply chains were beginning to falter. Citi Bike broke its promise to put thousands of new pedal-assist vehicles on New York City streets by the end of the summer, blaming COVID-induced shortage for the mere hundreds of e-cycles it was actually able to deliver to Big Apple riders (though the e-bikes are plentiful now); Chicago’s Divvy also introduced e-bikes for the first time last July, but the small fleet could support fewer than 1,000 rides a day and was prohibitively expensive compared to non-motorized options.

In the meantime, the private e-bike industry picked up the slack. Sales of e-cycles roughly tripled between June, 2019 and June, 2020, unleashing a flurry of federal and state legislation aimed at increasing subsidies to would-be buyers. That’s a good thing, of course — but given that e-bikes average a whopping $4,750, it’d be even better if an inexpensive rental option were ubiquitous in city streets, too.

“There are three primary barriers to utilizing micromobility — availability of vehicles, safety of infrastructure, and just feeling comfortable using the service. But availability may be the biggest,” said Sadle. “If you can’t find a micromobility vehicle conveniently wherever you are, of course you’re not going to ride one.”

One way that Lime hopes to keep more e-bikes on the streets is by streamlining the charging process, which can be a stumbling block for dockless products; the cycle’s battery will be fully interchangeable with the company’s scooter battery, so the company’s Juicers can recharge the entire fleet at once.

And the bike itself is designed to help inexperienced riders acclimate quickly. Gears have been traded for a simple two-speed transmission — the bike will top out at 20 miles per hour, unless a city requires that Lime program it to go slower in order to travel on bike paths — and a cell phone holder will make it easier for riders to orient themselves without lifting a finger from the handlebars. Lime is also partnering with the League of American Bicyclists to offer city-specific safety tips to help reluctant cyclists feel comfortable on what might be their first ride in decades, as a complement to the company’s broader efforts to advocate for safe infrastructure alongside riders.

“This COVID moment has given a lot of people who haven’t been on a bike in 10, 15 years the inspiration to ride a bike for the first time in a while,” said Sable. “We want people like that to be able to walk up to a bike — or a a scooter, a moped — and say, I may not know what to do now, but I can learn.”

It isn’t clear, yet, just how much Lime’s investments will increase access to e-bikes in every town; the company hasn’t yet announced which markets will be first to get the new bikes, nor has it announced how rides will be priced. But a $50-million bet is bound to open the world of e-cycling to a whole lot of Americans.

“My wife used to own a personal e-bike that, unfortunately, it got stolen, and when that happened, she told me it felt like the world had shrunk,” Sable added. “That’s how profoundly e-bikes can open up the world, and that’s why this investment is so important… I really think 2021 could be the summer of the e-bike.”