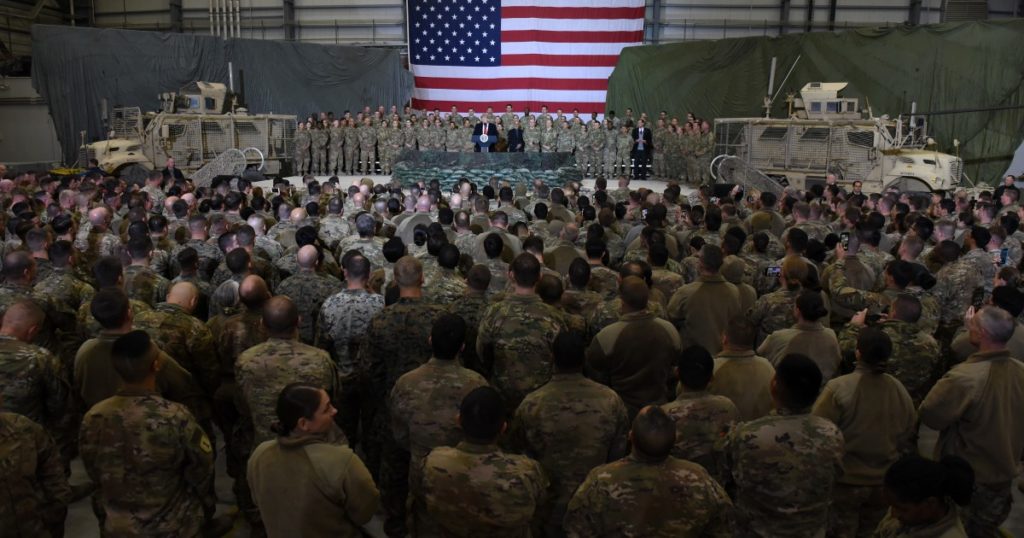 Fighting in Afghanistan will intensify sharply and Taliban militants could threaten major cities unless a Biden administration diplomatic push to end the 20-year conflict yields results in the next two months, according to two senior U.S. commanders.

The tight time frame is driven by a May 1 deadline to withdraw the remaining U.S. troops from Afghanistan, as required under a deal with the Taliban that President Biden inherited from the Trump administration.

Biden has not decided whether to proceed with the withdrawal, U.S. officials said. The troop level, which was announced as 2,500, is temporarily as much as 1,000 higher, because of overlaps as units arrive before departing ones leave, officials said.

The Afghan government was left out of the Trump agreement. So without a broader diplomatic deal to restrain Taliban fighters, the Afghan government’s control over key population areas, including the capital, Kabul, is likely to rapidly deteriorate, especially if the American pullout goes ahead, the Pentagon said.

“If we withdraw and no deal was made with the Taliban, I think the government of Afghanistan is going to be in for a very stiff fight to retain possession” of towns and cities, Gen. Kenneth F. McKenzie Jr., the top U.S. commander in the Middle East, said in an interview Saturday after talks in Kabul.

The danger that Afghanistan could rapidly descend into deeper violence and chaos that would allow Al Qaeda to reemerge has led Biden to try to pull off a diplomatic breakthrough, though neither the Afghan government nor the Taliban seems eager to reach a deal.

The Taliban, which took power in 1996, was driven out of Kabul five years later when the United States invaded in response to the Sept. 11, 2001, attacks by Al Qaeda, the militant group led by Osama bin Laden that had taken refuge in Afghanistan.

If there is no deal by May 1, Biden could decide to keep U.S. forces in place temporarily to give the peace talks more time or keep them there indefinitely. But that would probably prompt the Taliban to renew attacks on American troops — assaults that have mostly stopped since the U.S.-Taliban deal in February 2020, officials said.

Since then, the Taliban has increased attacks on the Afghan military and civilians, especially in the south in Kandahar and Helmand provinces.

Army Gen. Austin “Scott” Miller, the top American commander in Kabul, warned that a U.S. withdrawal would leave the Afghan armed forces without vital support, especially for its fledgling air force, which relies on contractors to maintain its planes and helicopters.

“When you start talking about removing our presence … certain things like air, air support and maintenance of that air support becomes more and more problematic,” Miller said in an interview.

All U.S. military personnel and thousands of contractors who help maintain equipment and supply Afghan troops would have to leave the country under the deal former President Trump made with the Taliban. An additional 6,500 military personnel in Afghanistan from NATO and other allies would also probably depart.

Among Afghan soldiers, there is growing resignation that they may have to fight on alone, even with the new U.S. administration seeking to jump start peace talks.

“To me, the Americans have already left. Fighting the enemy is now our own responsibility and we will continue to persevere,” said Mohammad Sediq, 30, the commander of an Afghan army outpost in the eastern province of Laghman.

The base that sits in a broad valley known as Levano Dara was in an area once patrolled by American troops. Now it is defended by 20 Afghan troops and flanked by mountains held by Taliban fighters, who plant bombs on the roads at night.

The road leading from Kabul to the province has become more dangerous, with insurgents high up in the mountains attacking vehicles driving through the valley. A United Nations convoy was attacked on the road in February; five people were killed.

Fawzia Koofi, an Afghan government peace negotiator, says progress in the talks is possible. But she also doesn’t believe the Taliban has given up its goal of returning to power and reimposing its harsh brand of Islamic law. The Taliban’s rise came after civil war fractured Afghanistan following the withdrawal of troops from the Soviet Union in 1989.

A power-sharing agreement with the Afghan government might moderate the Taliban, Koofi said.

“We have to agree on a political peace, knowing that they haven’t changed,” she said. “If the Taliban finds a way to practice their ideas in a more open society, they will probably change over time.”

But there are few promising signs of peace.

Biden’s Afghan negotiator, Zalmay Khalilzad, and other U.S. officials have been working in the region since last month, pushing both sides to revive peace talks that stalled over deep disagreements on the country’s future. The U.S. has proposed a 90-day reduction in violence, a U.N.-led conference on sharing power, and an April meeting in Istanbul to finalize an agreement.

The Afghan government said over the weekend that it would attend the Turkey meeting, but President Ashraf Ghani has publicly rejected ceding power to an interim government that includes the Taliban.

“We will participate in the meetings,” Hamdullah Mohib, Afghanistan’s national security advisor, told reporters Saturday. But he added that an interim government “would take the country nowhere.”

The Taliban is also expected to participate in the talks, but the militant group has given no signal so far that it is willing to accept a delay in the U.S. withdrawal date or reduce its high level of attacks on Afghan forces, officials said.

Khalilzad is exploring whether the Taliban might soften its position in return for easing of sanctions on its leaders, release of prisoners held by the Afghan government or other even more far-reaching steps, officials said.

The U.S. and its allies are also asking Pakistan’s security services, which have long backed the Taliban and allowed its leaders to live openly on its territory near the border, to pressure their proxies to negotiate.

McKenzie was in Kabul on Saturday for talks with Ghani. Miller, who met last week with Taliban officials in Qatar, has urged them to reduce attacks on Afghan troops in hopes of improving the climate for peace talks.

But rather than reducing attacks as the U.S. hoped, the militant group has fought to encircle cities in the country’s south, and even kept up attacks near Kabul during the unusually mild Afghan winter, a time when fighting historically has subsided.

The Taliban has also carried out a large number of assassinations targeting activists, journalists and government officials, Miller said. The militant group is insistent that the U.S. abide by the May 1 deadline for leaving, he said.

“They are using violence and they are trying to put themselves in a position, if the things they want are not met … to force decisions in the political space,” Miller said in an interview.

At the Afghan military outpost in Levano Dara — which translates to wolves valley — soldiers said they hold on to the hope that they are winning the war. The alternative, they said, is too bleak.

“On the ground, fighting is getting worse, while our leaders sit far away in Doha [Qatar]. I don’t have a lot of faith in the process,” said Mahmoud Bakhshi, 23. “All I see is more violence, more war.”

In nearby Kandarar, a village 90 miles from Kabul, 60-year-old Mohammed Harun says he has little hope that developments in Doha, which he follows via his small radio and a neighbor’s television, will benefit people like him.

The small farming community of a handful of mud compounds, surrounded by fields and a backdrop of snowless mountains, has seen little improvement in government services over the last two decades. Even though the village is near the province’s main highway, villagers have neither steady electricity nor paved roads; access to clean water comes by one pump, shared by the whole village.

At best, Harun believes, the government and the Taliban might sign a deal that would keep the country from drifting into civil war and keep the army from disintegrating. At worst, a premature U.S.-withdrawal could result in more violence and chaos — a scenario Harun has seen before, when Soviet troops left Afghanistan.

“We want the Americans to leave, but not like this,” the community leader said. “They need to take responsibility and clean up the mess they created. We need the guarantee from them and from our neighbors that the Taliban regime won’t repeat itself.”