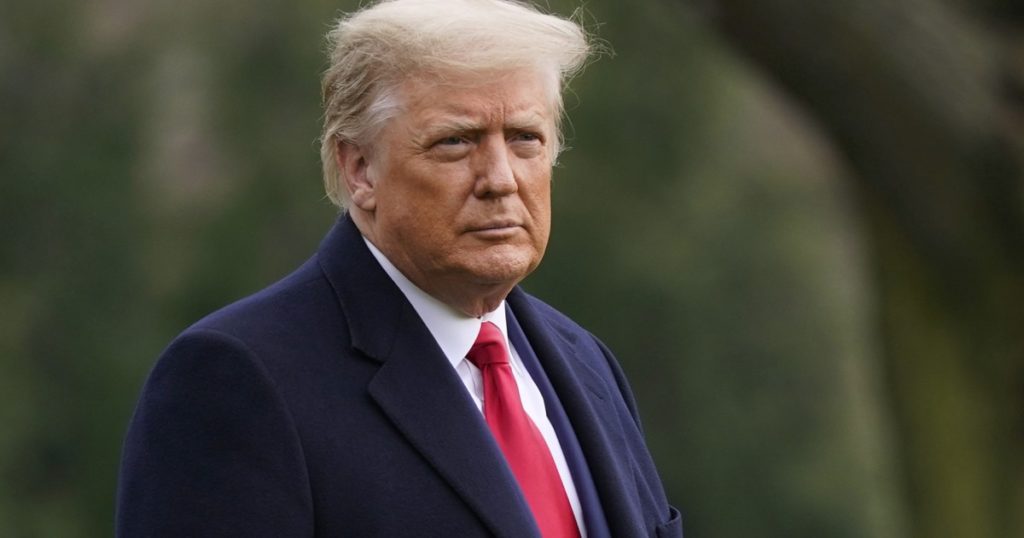 Converging crises of COVID-19, economic suffering, a looming government shutdown and President Trump’s ongoing fight to overturn the election drew expressions of alarm Sunday from lawmakers, with one Republican senator voicing worry that the president could leave a legacy of “chaos, misery and erratic behavior.”

As Trump spent the day golfing at his resort in Florida and lashing out at members of his own party, millions of people lost unemployment benefits because the president had, so far, refused to sign a bipartisan coronavirus relief and spending bill that Congress passed last week by overwhelming majorities. Trump delegated negotiations to his Treasury secretary, who earlier told lawmakers the president intended to sign it.

“I just gave up guessing” what the president might do next, Maryland’s Republican Gov. Larry Hogan said on ABC’s “This Week.”

Hogan, who has been critical of Trump’s handling of the COVID-19 pandemic, which has killed more than 332,000 Americans, said on CNN’s “State of the Union” that the president “should have weighed in eight months ago” if he wanted bigger stimulus checks included in the relief measure he was now excoriating.

“Sign the bill — get it done,” the governor urged.

Trump has ignored such appeals, remaining singularly focused on his grievances. When he wasn’t attacking the courts, the FBI, the Justice Department and Republican senators for failing to support his baseless claims of widespread election fraud, the president was unleashing a barrage of tweets criticizing the sweeping relief and spending package.

Before leaving town for the holidays, Trump on Tuesday called the legislation a “disgrace” and demanded that direct payments to U.S. taxpayers be increased from $600 to $2,000, with some separate spending eliminated. In doing so, he undercut Treasury Secretary Steven Mnuchin, who had negotiated on behalf of the White House.

On “Fox News Sunday,” Sen. Pat Toomey (R-Pa.) warned that unless Trump swiftly signed the stimulus bill, he would be “remembered for chaos and misery and erratic behavior” in his last days in the White House.

“You don’t get everything you want, even if you’re president of the United States,” said Toomey. “We’ve got a bill right now that his administration helped negotiate. I think we ought to get that done.”

Democrats reacted with enthusiasm to Trump’s demand that Congress boost direct payments. They have pointed out that if Trump really wants such an increase, it could be dealt with quickly in a separate measure, which they will seek to put forward in the House on Monday.

“What the president is doing right now is unbelievably cruel,” said Sanders. “Many millions of people are losing their unemployment benefits. They’re going to be evicted.”

President-elect Biden on Saturday said Trump’s refusal to sign the legislation was an “abdication of responsibility,” with especially painful consequences in a holiday season.

“It is the day after Christmas, and millions of families don’t know if they’ll be able to make ends meet because of President Donald Trump’s refusal to sign an economic relief bill approved by Congress with an overwhelming and bipartisan majority,” the president-elect said in a statement.

Rep. Adam Kinzinger of Illinois, meanwhile, condemned as a “scam” the fundraising associated with Trump’s continuing efforts to nullify the Nov. 3 election. After losing dozens of legal bids to contravene Biden’s victory, the president has been strategizing with some congressional Republicans over ways to overturn the electoral college results, which are to be certified in a Jan. 6 joint session of Congress.

“They’re raising money on this,” Kinzinger said on “State of the Union” of the more than $200 million raised in response to appeals to help contest the vote. “It is a scam,” he added, one that will “disappoint the people that believe this election was stolen, that think this is an opportunity to change it.”

Kinzinger also called Trump’s veto last week of a defense spending measure “nonsensical” and said he could not understand how Republican colleagues who supported the bill might now reverse themselves at the president’s behest, making it impossible to override the veto.

“I do not know how you justify that besides saying, ‘I’m just going to do what the president wants,’” Kinzinger said.

The tumult in Washington comes against the backdrop of what is already the pandemic’s deadliest month.

The country’s top infectious disease expert, Dr. Anthony Fauci, said on “State of the Union” that, even with the vaccine rollout in progress, it will take time to blunt the coronavirus’ deadly momentum. California last week became the first state to top 2 million cases of the virus, with a death toll approaching 25,000.

Fauci, who will continue to serve in the incoming administration, said, “I share the concern of President-elect Biden that, as we get into the next few weeks” the nationwide outlook “might actually get worse.”

Trump’s surgeon general, Jerome Adams, appearing on “This Week,” concurred, saying he was “very concerned” about a surge in the wake of the year-end holidays.