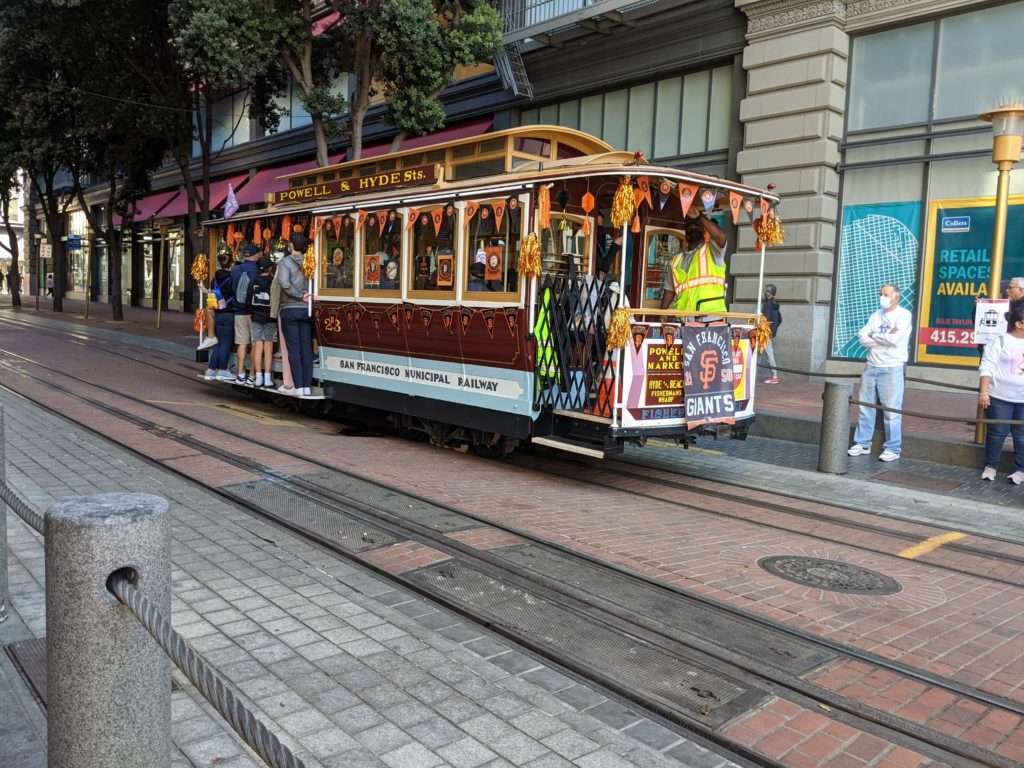 For the first time since March of 2020, cable cars are again carrying passengers up and down the hills of San Francisco. From a statement from the Mayor’s office:

Starting today, we will ask the public to help the agency roll out a soft launch of the system by riding the lines when cable car conductors are making stops and inviting passengers aboard for the duration of “mock service.” This mock service will be irregular, not following a particular schedule as the SFMTA works out the official rollout of the system. The SFMTA will not be collecting fares for cable car rides during the month of August in exchange for the public’s help riding the system.

Mayor London Breed, at a press conference for the relaunch Monday morning, asked tourists and other riders to be patient because when things are free “you know what happens.” She added that she can’t imagine San Francisco without cable cars. “No trip is complete without a ride on our cable cars.”

“148 years ago on this spot they first tried Hallidie’s folly,” said SFMTA director Jeffrey Tumlin, referring to what people first called Andrew Smith Hallidie invention, which was based on mining technology of the time.

But, in short order, cable cars proved very popular as a way to ride comfortably up and down San Francisco’s steep hills. From an SFMTA post on cable car history:

Hallidie’s cable car system would survive the great San Francisco earthquake and fires of 1906, soldier on through two World Wars and outlast political attempts to remove the cars from city steets in the late 1940s and 1950s to become the worldwide symbol of San Francisco that it is today.

Tumlin added that all three lines, the Powell-Hyde, the Powell-Mason, and the California lines, will be running from around 7 a.m. to 10 p.m. By early September the lines are supposed to resume full, paid service.

Breed concluded her statements, reminding people to be thankful they’ve made it this far through the pandemic and to please get vaccinated.