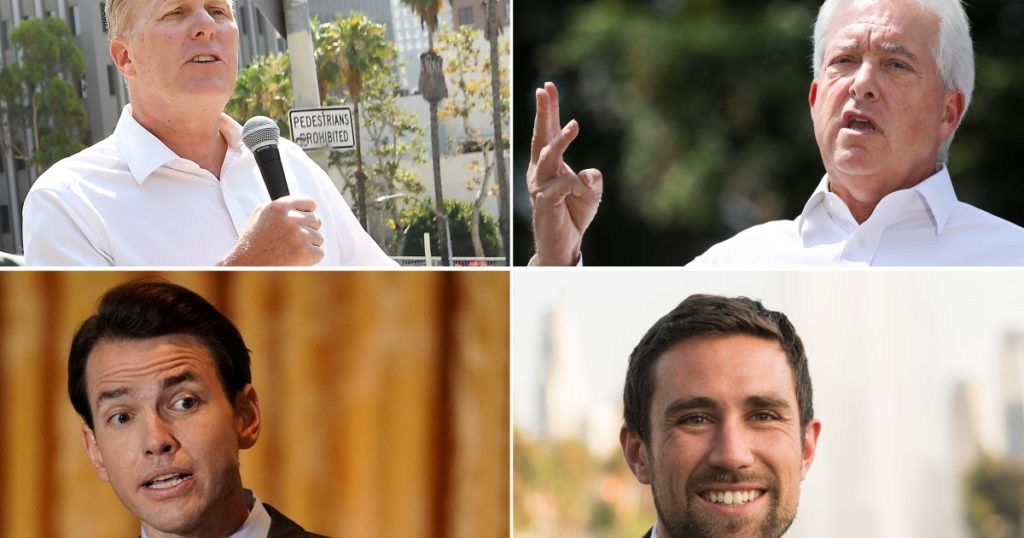 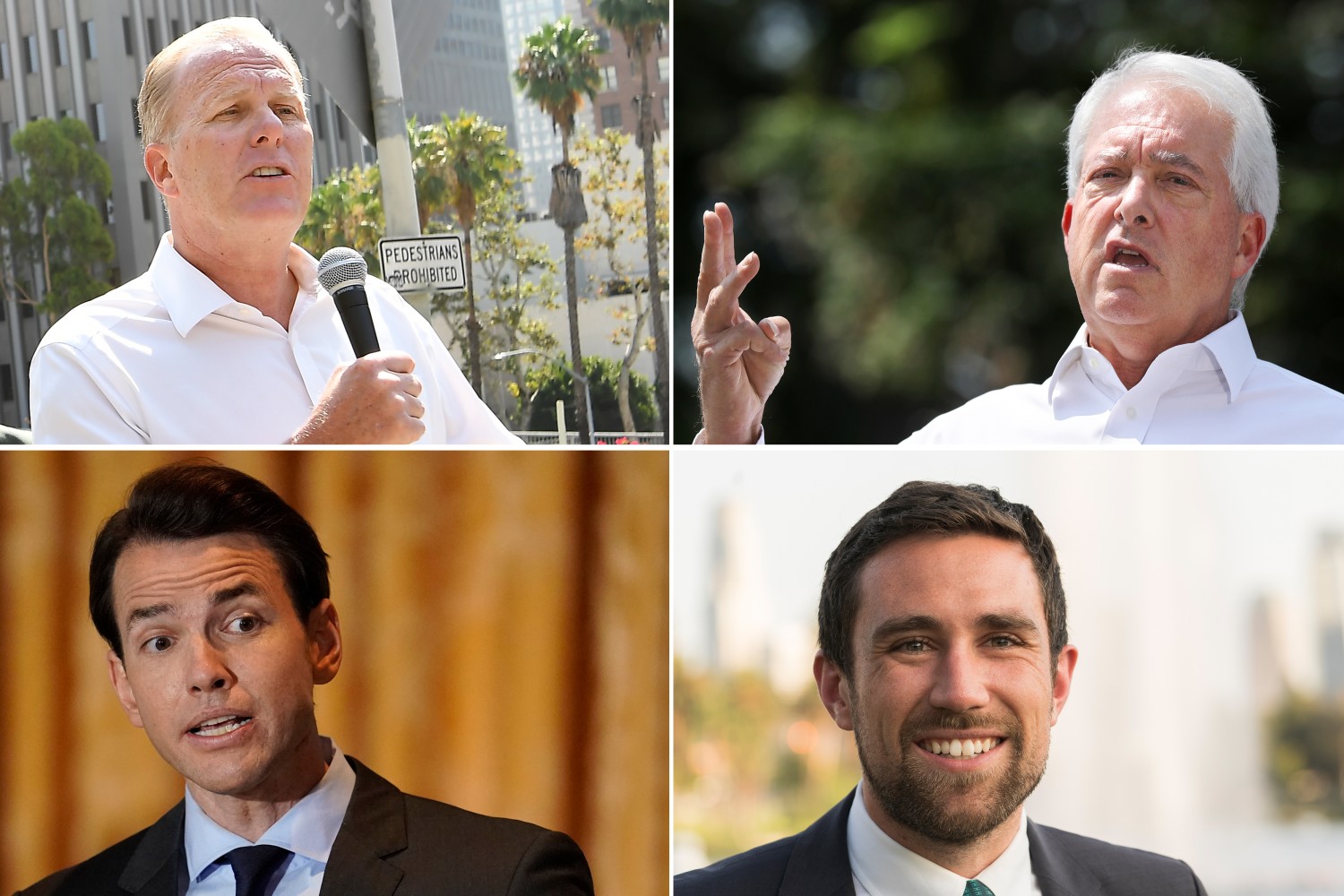 YouTube star and Democratic political newcomer Kevin Paffrath on Wednesday injected a dose of partisan heat and a few offbeat ideas into the latest debate among candidates hoping to replace Gov. Gavin Newsom in the September recall election, telling viewers that backing any of his Republican rivals would be a “wasted vote” in left-leaning California.

Paffrath, a self-described “JFK-style Democrat” said he wants high-efficiency air filters in every building to stem the spread of COVID-19, and he proposed building a pipeline to the Mississippi River to alleviate California’s worsening drought.

“Now this sounds outlandish, but we have a massive problem,” Paffrath said of the pipeline during the one-hour debate held at KCRA television studios in Sacramento on Wednesday evening.

Paffrath is the first Democrat to take the stage in any of the debates thus far and appeared to revel in delivering the first real face-to-face challenge to many of his GOP rivals’ pronouncements that went unchecked at previous debates. He attacked Republican Kevin Faulconer, the former mayor of San Diego, over a controversial city land deal in San Diego, and urged the three GOP candidates onstage to drop out of the race.

Paffrath boasts 1.7 million followers on his YouTube channel, which dishes out financial advice, giving him the distinction of being the most widely known Democrat on a ballot that lacks any prominent members of the party. He has said he was to offer a “backup option” if Newsom is recalled.

The three Republicans who joined him onstage — Faulconer, businessman John Cox and Assemblyman Kevin Kiley of Rocklin — spent most of their time attacking Newsom’s record as governor, blaming him and the state Capitol’s long-standing Democratic leadership for failing to alleviate California’s homeless crisis, driving business out of California and overstating the actions his administration has taken to curtail wildfires.

Accusing the Democratic governor of government overreach, the Republicans also vowed to roll back Newsom’s mandate requiring public schoolchildren to wear masks in classrooms to help prevent the spread of the coronavirus, and said they opposed statewide mandates on masking as well as COVID-19 vaccinations.

As was the case in prior debates, Newsom skipped the event. Also missing were conservative talk radio host Larry Elder, who has topped the field of replacement candidates in recent polls, and reality television star and former Olympian Caitlyn Jenner.

Elder may have been absent from the debate, but he certainly didn’t go unnoticed.

“Larry Elder does not have the character, the judgment, the skill set or the experience to be governor,” Faulconer said.

Last week, both Faulconer and Jenner called on Elder to drop out of the race, with both criticizing Elder’s past comments about women. The criticism came after Elder’s ex-fiancee made a number of allegations, including that he checked a loaded gun during a heated argument, which Elder has denied.

“It’s time to stop the circus. This is very serious times for our state. We don’t want to replace one dysfunctional governor with another,” Faulconer said.

Elder has questioned the integrity of the election. The candidates who took part in the debate were asked if the election was fair and if they would accept the results. They all agreed, but it took a certain amount of prodding to get answers from Faulconer and Kiley.

Elder also has emerged as the favorite target of Newsom, who has done his best to yoke the conservative to former President Trump, who is widely unpopular in California.

During a virtual rally with Black Democratic leaders on Tuesday, Newsom called Elder’s comments about women “offensive beyond words.” Newsom also said Elder’s conservative agenda — including the Republican’s call to eliminate the minimum wage and end mandates for COVID-19 vaccinations and mask-wearing in public schools — would make “Trump blush.”

A recent poll by the Berkeley Institute of Governmental Studies and co-sponsored by The Times showed that the race is tight among likely voters, with 47% supporting the recall, compared with 50% who are opposed. The poll also found that 40% were undecided when ask which replacement candidate they supported, offering a slim ray of hope for those in the running.

Kiley has been working hard to coalesce conservative Republicans throughout the state. That effort got a boost Tuesday when he was endorsed by one of his initial rivals, former Northern California Republican Congressman Doug Ose, who dropped out of the race last week after suffering a heart attack.

Kiley was one of three men on stage named Kevin, which prompted a few light moments. Kiley referred to Paffrath as “my namesake.” While discussing their opposition to COVID mandates, Cox said: “I agree with Mr. Kiley. I won’t call him Kevin because we have too many Kevins.”