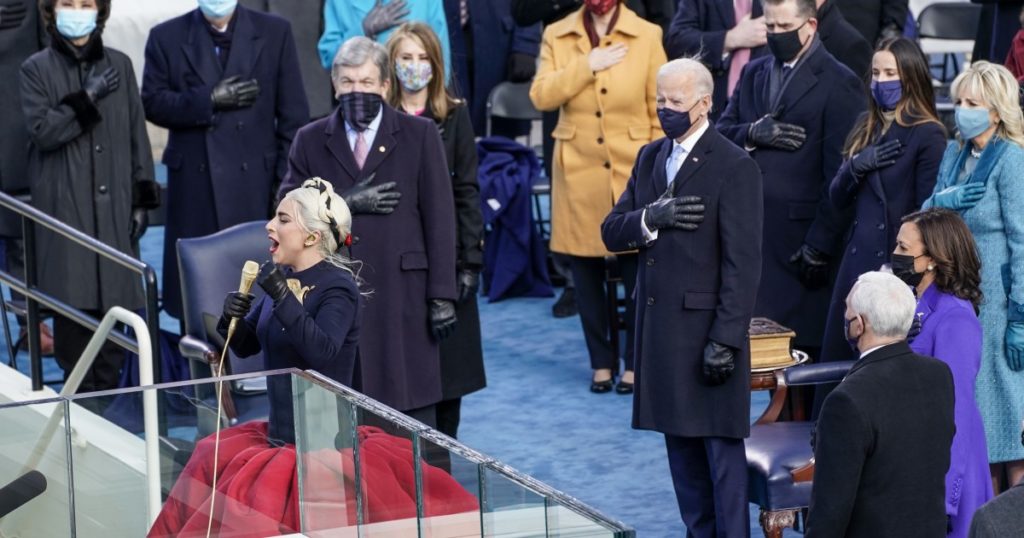 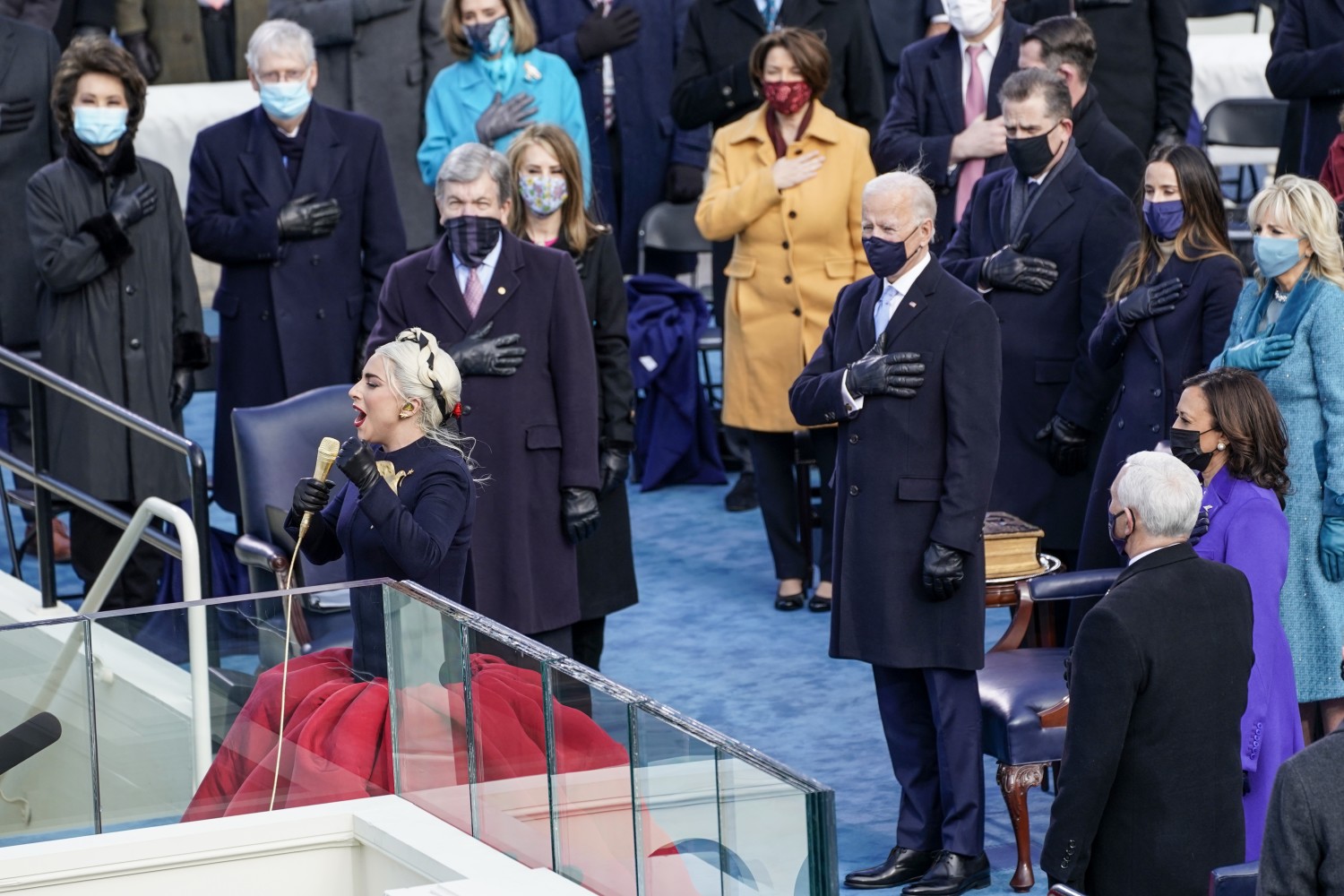 Lady Gaga brought a welcome — and moving — splash of razzmatazz to Joe Biden’s presidential inauguration when she performed the national anthem at his presidential swearing-in on Wednesday morning.

Wearing a fluffy red gown and navy jacket affixed with a large dove brooch, the pop star summoned her most convincing Broadway-diva vibe as she belted the famously tricky tune, toying gently with the tempo and bending notes in unexpected directions.

Her voice? Big and crisp. Her expression? Lightly twinkling. Her arms? Waving with intensity.

The singer’s accompaniment by the United States Marine Band had a cool, jazzy lilt — especially as she took her time delivering the lyric about how the “flag was still there” — that made you wish they got to play with showboating pop stars more often. (And given Gaga’s long friendship with Biden, for whom she campaigned, perhaps they will.)

Yet Gaga didn’t miss the gravity of the moment: At the end of the song, she turned her gaze admiringly toward the Stars and Stripes — the same emblem rippling on the National Mall in place of the hundreds of thousands of Americans who couldn’t be there in person due to COVID-19 — and seemed to reclaim for patriots the spot where two weeks ago insurgents staged their hideous attack on the Capitol.

Then she went to her seat and put on a mask.