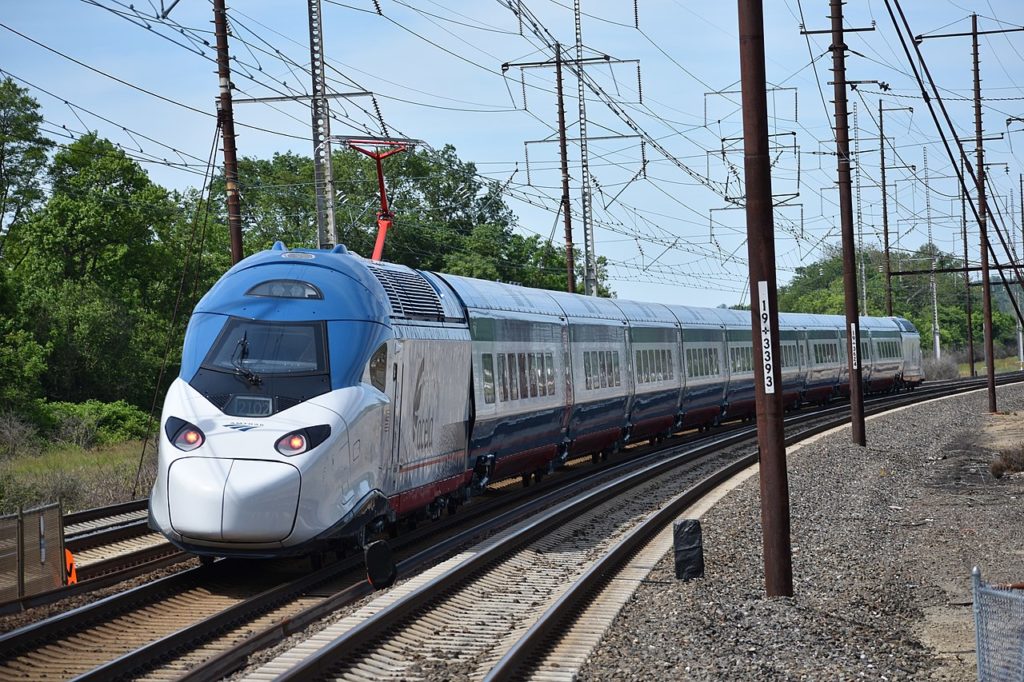 For years we’ve chronicled Ralph Vartabedian’s garbage coverage of the California High Speed Rail project for the Los Angeles Times. He takes news out of context, intentionally puts the worst spin on everything, ignores any positive news, and sometimes just makes stuff up.

Thursday’s story, based on an item Streetsblog broke on Tuesday, was his latest installment.

In Democrats in California and D.C. clash over how state’s high-speed rail should be powered, Vartabedian rehashed coverage of attempts by a group of mostly Los Angeles Democrats, led by Assembly Speaker Anthony Rendon and Laura Friedman, to divert funds earmarked for electrification of the 119 mile Central Valley spine to projects in Los Angeles. As previously reported, Rendon penned a letter to U.S. DOT Secretary Pete Buttigieg last month, arguing that the feds should amend an agreement for almost $1 billion in approved and committed funds away from building overhead electrification. Their rationale: batteries and or hydrogen technology, they wrongly state, will soon make overhead electrification obsolete, so the money is better spent upgrading L.A.’s commuter rail.

Vartabedian’s coverage again repeats the lie that the original project didn’t specify that electrification was required (it was in the original ballot measure). He also selectively quotes rail advocate Paul Dyson about the issue:

Paul Dyson, a longtime passenger rail advocate from Burbank, said installing wires for a partial system in the Central Valley would create an ongoing expense for the state. Crews would have to be trained, maintenance facilities constructed and trainset purchased, all for a lightly used system. “It is going to be fiendishly expensive,” he said.

That quote led to a Twitter thread accusing Vartabedian of intentionally failing to mention that Dyson works for a provider of batteries and therefore has a conflict of interests. Vartabedian regularly does that kind of thing, but in this case the critique is off-target. Dyson used to work for Rail Propulsion Systems (RPS), a company that primarily works on emissions systems for locomotives. He’s also not currently in their employment.

Even RPS’s president, Ian Stewart, agreed high-speed rail without overhead electrification is more-or-less impossible. “I don’t see it. It can’t happen until there’s an alternative fuel power supply that’s equivalent in energy density to the grid,” he told Streetsblog. Petroleum, confirmed Stewart, is the only thing that gets close to having the necessary energy density to get high speeds out of a train (although it still doesn’t provide nearly as much power as overhead wire). That’s probably why Rendon and Friedman and the gang, with their ever-fluid rationales for blowing up the project, previously argued that they should run diesels in the Central Valley in lieu of electrifying. Of course, advocating for pumping more diesel exhaust into the heavily polluted Central Valley is a bad look for politicians who sell themselves as environmentalists.

Streetsblog hammered them on that last point. And thus they changed gears from supporting diesel in the Central Valley to supporting clean, battery-powered high-speed trains that they pulled out of a magic hat. Dyson, for the record, said he personally prefers the diesel option, which would make it possible to run trains directly from the Bay Area to Merced and then on to Bakersfield at 125 mph–still quite shy of the HSR mandate of 200 mph. But yes, it would be cheaper.

The takeaway is this: Vartabedian is repeating and amplifying Rendon’s lies about imaginary, zero-emissions battery or hydrogen-powered trains that could fulfill the mandate of the high-speed rail project. But the reality is there’s no such train and no such technology anywhere on the horizon.

That’s not a political perspective. It’s a fact.

On the other hand, electrified high-speed rail, with wire strung overhead, is how it’s done all over the world. And with good reason: it’s still by far the most efficient, most effective, and most environmentally friendly way to power a train. It always will be, because it means the train isn’t burdened with carrying the enormous weight of fuel or batteries on board.

And Vartabedian is supposed to report on that physical reality, not take things out of context and propagate the lies of L.A. politicians who just want to kill the project.