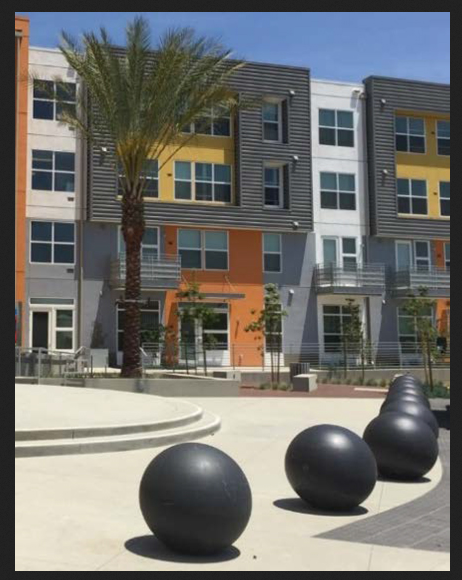 A.B. 1401, Assemblymember Laura Friedman’s bill to end the outdated practice of off-street parking requirements near transit, passed the Assembly by a wide margin and will next be heard in the Senate Government and Finance Committee, likely on July 1.

A statewide coalition of housing advocates, chambers of commerce, environmentalists, transit supporters, urban policy experts, and the Los Angeles Times editorial board, among others, have cheered the bill as a crucial step in fighting global warming, increasing housing affordability, and helping make neighborhoods more walkable and people-centered.

The concern about A.B. 1401 is that if parking minimums are abolished near transit, an important carrot for developers might disappear. Correcting the historical error of imposing parking minimums on new housing, in other words, might perversely harm affordable housing incentives.

How realistic is this concern? No one disagrees that the state needs more housing and major parking reform, especially near transit. But California also needs subsidized units (along with much more “missing middle” housing). To see if AB 1401 really posed a threat to the density bonus, we reviewed nearly all of the 352 approved and/or permitted TOC cases from the program’s inception in September, 2017 through the end of 2020.

Two points to keep in mind, for context: first, while the density bonus law is longstanding, market-rate developers haven’t used it very much–although recent changes to the law may increase its productivity. The fact that the law isn’t heavily used, of course, doesn’t mean parking reform can’t affect it.

Second, in a previous post we examined this issue in a different way, by studying what happened in San Diego after 2019, when the city implemented parking reform very similar to A.B. 1401. In short: San Diego abolished parking minimums for all housing projects near transit, and production of housing units skyrocketed across the board — affordable, mixed-income, and market-rate housing. Total housing production rose by about 24 percent citywide, in a year when housing production fell throughout the state. Density bonus production climbed by a factor of five. And affordable production in density bonus projects rose by a factor of six.

So the existing evidence suggests that comprehensive parking reform will not undermine the density bonus.

Nevertheless, one could worry that San Diego is somehow unique. To address that concern, we analyzed Los Angeles’s TOC program. TOC is complicated, but it offers participating projects bonus density — additional units per acre — of up to eighty percent, and substantially reduces parking minimums and other zoning constraints compared to the city’s normal standards.

The question we’re concerned with, again, is whether removing parking minimums would remove an important incentive for market-rate developers to participate in the TOC program and build affordable housing. Our analysis gives us no reason to think this fear is warranted.

On the contrary, it is likely that removing parking minimums would increase the productivity of TOC, as we saw in San Diego’s experience with density bonus.

Below is a summary of how we came to these conclusions. More details can be found in our full paper, which is available here.

Developers value the ability to build extra units more than the option to build less parking. We can see this in two striking data points: how much of the potential TOC density developers actually used, and how much more parking they provided than TOC required.

Market-rate developers effectively maximized their unit counts in TOC, entitling projects that in aggregate used 93.6 percent of the maximum number of units the program would allow. (By contrast, developers of all-affordable projects, constrained by limited subsidy dollars, only used 67.2 percent of available density). The fact that market-rate developers maximized density is not hard to believe: more apartments and condos mean higher revenues. In mixed-income projects where demand and market rents are high enough, those incremental revenues can help subsidize the low-income rents in the buildings and increase project profits.

At the same time, market-rate developers did not maximize TOC’s parking concessions. Quite to the contrary, approved mixed-income TOC projects provided significantly more parking than required — nearly 180 percent of the minimum required under the program.

The fact that developers didn’t maximize parking reductions might come as a surprise. Parking is notoriously expensive, so it’s easy to assume that the less parking you build, the higher your profits will be. But parking is also an amenity that drives higher rents – like larger kitchens or extra bedrooms. So less parking means lower rents and less valuable buildings. That is why, even in cities that have eliminated residential parking requirements in broad areas — Minneapolis, Portland, Seattle, and San Diego, for example — high-rent buildings still offer abundant parking.

L.A.’s mixed-income TOC projects are no different. These buildings need the market-topping rents from higher-income tenants, because they have to cover the costs of the affordable housing they are providing. To attract these higher-income tenants, TOC projects have offered more parking than is required under the program (but less parking, we should note, than would have been required under LA’s conventional zoning).

Taken together, these findings strongly suggest that TOC’s primary value to market-rate developers comes from bonus units. Most TOC developers treated parking as a valuable amenity, not something they can just eliminate.

TOC developers need flexibility in zoning standards, including parking requirements, to make use of the available density

At this point, it may be helpful to explore why, if onsite parking drives higher rents, eliminating parking requirements is helpful, even for TOC projects? Answering this question doesn’t just resolve that puzzle, but also helps us understand how density bonus laws actually work.

Even low parking minimums, like those in some tiers of TOC, can still prevent developers from building out a site to its designated density. In these instances, when there is a more permissive units-per-acre limit in place, we say that the parking becomes the true, or “binding” constraint on how much gets built.

Situations where something other than the allowable density is a binding constraint undermine efforts to increase affordable housing. The original density bonus law, passed in 1979, recognized this problem and allowed developers not just to claim extra density in return for subsidized units, but also to selectively claim relief from other zoning regulations, like parking requirements or height limits.

Today it isn’t uncommon to look at this law and assume that all the concessions (parking, height, density) are equally valuable to developers, and that cities regularly trade all of them for affordable housing. But the evidence suggests something different: that the parking reductions are not objects of trade in their own right, but provisions ensuring that developers, when they trade for extra density, will not be deprived of that density through backdoor limits.

Minimum parking requirements, in short, erode rather than strengthen the value of density bonus programs, including TOC. When housing demand is high, developers want more density, and that’s what they trade for. But those trades are worth less if parking requirements, even relaxed ones, prevent them from being fully realized.

Here is a final test: If our explanation is correct, we should also see, in reviewing the TOC, that few developers asked for a parking reduction but not a density boost. Our comprehensive review of TOC case documents shows that is in fact the case. Only eight projects, which generated only eighteen units of affordable housing, asked for a parking reduction without a density bonus — but in all cases alongside other concessions, such as height, FAR and/or yard reductions.

Another striking finding from our review of TOC cases relates to project size: Projects larger than thirty units produced four times the number of affordable units as smaller projects.

Second, A.B. 1401 is likely to make TOC much more attractive for smaller projects (i.e., those with thirty units and less). Abolishing parking requirements will free these projects from the need for garages, and make program participation easier (especially if the project has ground floor retail, which even under TOC still has high parking requirements). Similarly A.B. 1401 will also make smaller-scale “missing middle” projects outside TOC more feasible in areas that don’t have market rents high enough to subsidize affordable units even with TOC incentives.

It is not a great leap to conclude, then, that A.B. 1401 will likely improve production both inside and outside of TOC. This would be consistent with what we saw in San Diego. Eliminating parking requirements for all residential projects in transit areas did not pull units away from the density bonus, but instead increased housing production across the board, with especially large increases in density bonus affordable units.

A.B. 1401 would eliminate parking requirements near transit in California, thereby undoing one of the most harmful and longest-running errors in California urban policy. Some observers have worried that eliminating this error might have the unintended consequence of reducing affordable housing production, but our findings related to both the L.A. TOC program and San Diego’s Transit Priority Area parking standards do not support this notion. In neither situation do we see developers using parking as a decisive factor for their participation in mixed-income housing incentive programs.

We continue to see no evidence that removing parking requirements would undermine affordable production, and some evidence that it would help.

Mott Smith is Chairman of the Council of Infill Builders, Adjunct Professor of Real Estate Development in the USC Price School of Public Policy and CEO/Co-Founder of Amped Kitchens. Anthony Dedousis is Director of Policy and Research at Abundant Housing LA. Michael Manville is Associate Professor of Urban Planning at the UCLA Luskin School of Public Affairs.