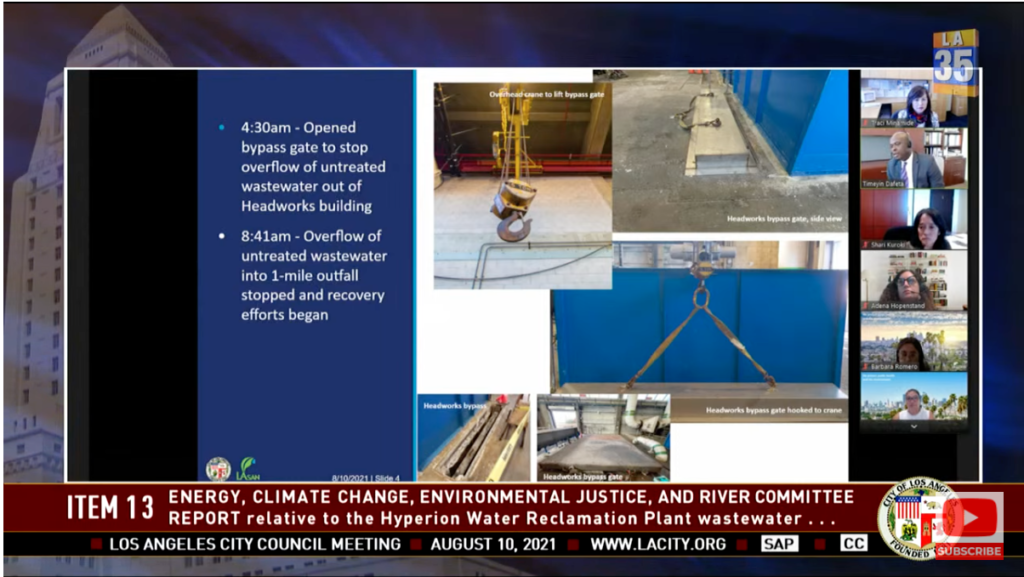 Just because the legislature is out of session, it doesn’t mean that there isn’t still news happening on pending state legislation.

Earlier today, the Los Angeles City Council voted to oppose A.B. 339, legislation introduced by Asm. Alex Lee (D-San Jose) that would require large cities and counties to continue to allow virtual and telephone public comment at City Councils and County governing boards (such as the L.A. County Board of Supervisors) meetings after the pandemic ends. The motion passed 12-0, with three members either abstaining or not-present. Discussion of the motion begins at the 2:50:33 mark of the meeting. Unrig LA also live-Tweeted the debate and vote, here.

Currently, A.B. 339 has been passed by the full Assembly and the relevant policy committee in the State Senate. It still needs a hearing of the Senate Appropriations Committee and approval of the Senate before heading to the Governor’s desk for final approval or veto.

“As often happens in Sacramento, a place where legislators never take public comment except for a few words – ‘I support’ or ‘I oppose,’…we often see bills that attempt to mandate procedures on the part of local government, purportedly to increase public access,” said Councilmember, and former Assemblymember, Paul Krekorian at the start of the hearing.

“This is one of those well-intentioned bills that is so full of flaws that I don’t see how we can take a position of support, even if it is amended.”

Krekorian then listed a series of complaints with the bill, including the costs of building a system that would allow the city to take both types of public comment and that the bill does not apply to all governing boards, school boards and other groups that are subject to the state’s public meeting laws. The original version of the bill did include all of these bills, but was shrunk at the request of the California League of Cities, of which Los Angeles is a member.

Krekorian went on to claim that the testimony of people and organizations that can organize to come to Downtown Los Angeles at the appropriate day and time to testify was more important than those that can call in to testify. He also worried that meetings would be cancelled “every time there was an Internet problem” and that there was no direction on how to deal with “disruptive public comment” such as profanity or hate speech.

Former state legislators and now Councilmembers Mark Ridley-Thomas, Kevin de León, Paul Koretz, Bob Blumenfield, and Gil Cedillo spoke in favor of a motion to oppose A.B. 339. City Council Chair Nury Martínez noted that 7 of the 15 members of the Council “came directly from Sacramento,” where they served as lawmakers. Cedillo’s comments in particular struck a nerve for implying that the bill’s author was too young and inexperienced to write laws that would impact how local government does business.

“I’m sure he has a bright future, has an illustrious career as an intern, and has won one election,” Cedillo commented before arguing that one needs experience in local government before mandating any rules on local government. “You, Madam President, are the one to guide us, not Alex Lee.”

Lee responded on Twitter that Cedillo’s testimony was rude and uncalled for.

De León also took shots at Lee, questioning the motives behind the legislation, noting again that it only applies to cities and counties with populations higher than 250,000 residents. Lee, in his original intent and public statements, has made clear he would prefer the bill to apply to as many government meetings as possible.

Only Councilmember Mike Bonin, who voted to oppose the legislation in the end, took his colleagues to task for their unprofessional comments.

“I know Assemblyman Lee and have worked with Assemblyman Lee. He has been a strong supporter of renter protections in Sacramento he has been a supporter of social housing and other housing and equity support,” Bonin testified. “I do want to note that I used to hear someone else get mocked for being a twenty-five or twenty-six year old without a lot of experience. That person is now the junior U.S. Senator for the State of California, Alex Padilla.”

Bonin continued, “I don’t think this bill is the way to do it, but I do want to underscore the importance of remote testimony. At L.A. Metro, I have heard from more bus riders and more passengers as a result of remote testimony than I ever did at all those meetings where people had to come in from all corners of the county…we heard wrenching testimony from actual renters and what their fears were, not just advocates for renters.”

Councilmember Blumenfield used his time to call for “re-opening the Brown Act” to make it easier to regulate hate speech and to allow for different rules for smaller committees.

The original proposal facing the council was “support if amended” for A.B. 339 and featured two amendments. The first applied it to all state boards and committees covered by the Brown Act. The second made the language optional if not. Both the move to amend the original motion and to pass the motion of opposition passed unanimously. There is no date for when the legislation might be heard by the Senate Appropriations Committee.