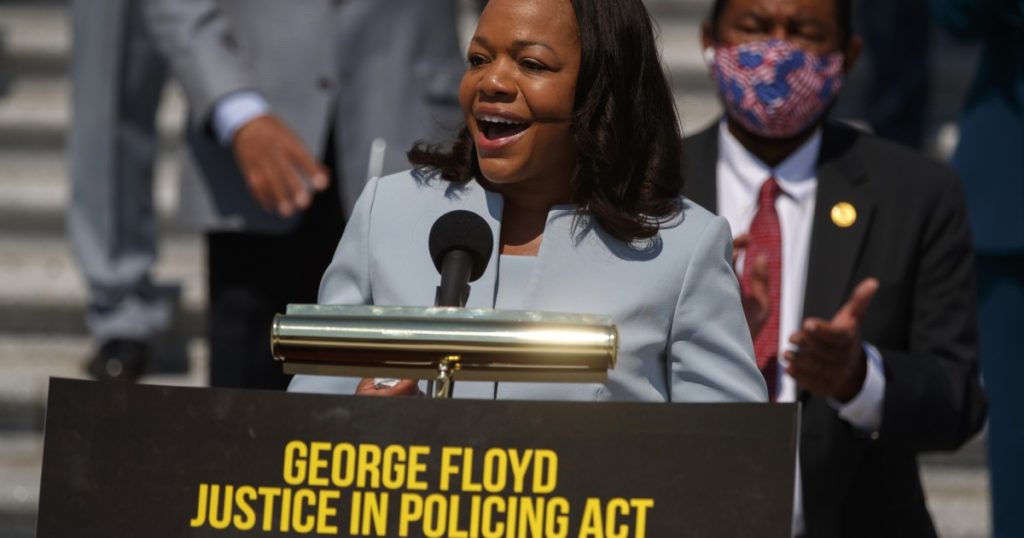 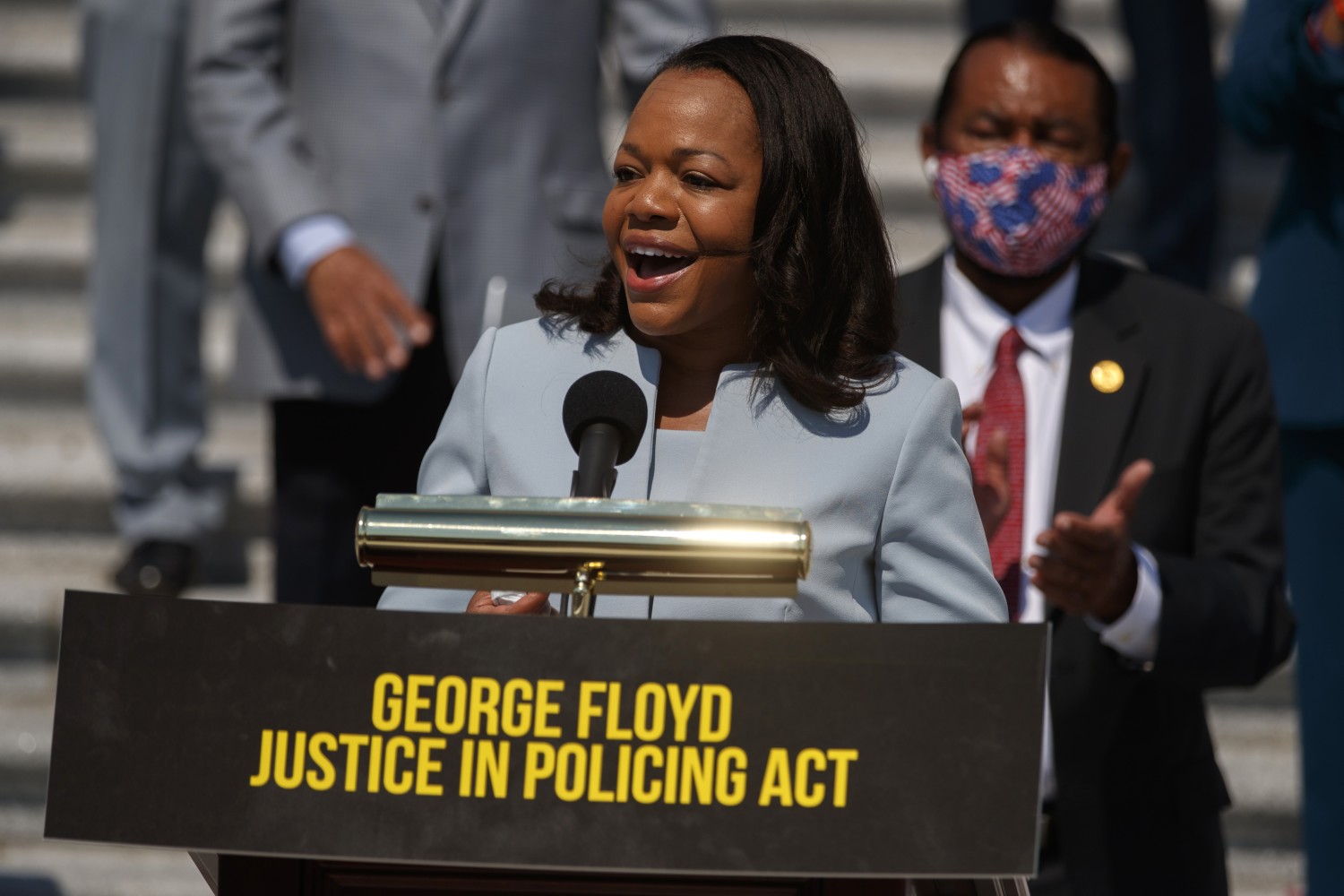 Then she recalled how hard the boys’ wrestling team worked out. They ran until they sweated off enough pounds to make a weight class. They lifted weights. They left practice exhausted. So, in an audacious move for the early 1990s, Clarke joined the boys’ team.

“They were giving it everything. If she was going to do a winter sport, she said, ‘might as well do the most difficult one,’” recalled Window Snyder, a friend and classmate of Clarke’s at the prestigious Choate Rosemary Hall in Connecticut. “I don’t think she ever even thought about it being a boys’ sport. That is who she was. Whatever she was doing had to be challenging.”

That Clarke took to the boys’ mat doesn’t surprise friends or colleagues of a 46-year-old civil rights attorney whom President Biden has nominated to lead the Justice Department’s Civil Rights Division. They say she has spent two decades breaking down barriers and fighting discrimination, and it does not surprise them Biden would select her to become the first woman of color to formally lead a unit that former Atty. Gen. Eric H. Holder Jr. called the agency’s “crown jewel.”

Though Clarke is expected to be confirmed as early as Tuesday by a simple majority in the U.S. Senate, her path to the job has been contentious.

Democrats and civil rights lawyers say Clarke’s aggressive advocacy and experience make her uniquely situated to lead the Biden administration’s efforts to reduce racial discrimination and to hold rogue police forces accountable. Addressing such matters is a top priority for Biden in the wake of nationwide protests last year that drew attention to long-standing racial inequities in the criminal justice system.

Senate Republicans, on the other hand, have nearly unanimously opposed her nomination, saying she is too political for the job. She was a sharp critic of the Trump administration’s appointees and policies, and they have accused her of promoting views that are hostile to police, pointing to an op-ed she wrote last year entitled “I Prosecuted Police Killings. Defund the Police — But Be Strategic.”

Clarke, who defended the article as being a nuanced examination of how to improve law enforcement, has drawn support from several influential policing groups, including the Major Cities Chiefs Assn. and the International Assn. of Chiefs of Police.

“Ms. Clarke is a liberal partisan,” Iowa’s Sen. Charles E. Grassley, the ranking Republican on the Senate Judiciary Committee, said last week in opposing her. “I don’t think she’s the right person for this job at this time. A nominee to lead the Civil Rights Division should be nonpartisan, independent and up-front about her beliefs. Unfortunately I think Ms. Clarke misses on all three marks.”

The daughter of Jamaican immigrants, Clarke spent much of her youth living in a public housing project in Brooklyn and excelled in school. She was accepted into Prep for Prep, an education advancement program that prepares students to attend the nation’s most rigorous schools. The program steered Clarke to Choate, a prestigious prep school on a leafy college-like campus in New England, from which she graduated in 1993.

She impressed her friends with her work ethic, thoughtfulness and desire to change the world. Though she was no stranger to racial discrimination in Brooklyn, she says her professional path became clear after a Choate field trip to a federal courtroom where she and other students watched arguments in what would become a landmark school desegregation case, Sheff vs. O’Neill.

“That moment was a powerful display of the role civil rights lawyers play in our society,” she said during her confirmation hearing last month.

As a Harvard University undergrad, Clarke became president of the Black Students Assn., again earning high marks as a student and praise as an advocate but also generating controversy, including for a satire she wrote about race and intelligence.

As the association’s president, she invited an avowed antisemitic professor in 1994 to speak on campus. The professor delivered an hour-long talk delving into Jewish conspiracy theories. At the time, Clarke defended the professor’s speech. In February, she told a progressive Jewish magazine it had been a mistake to invite the professor, Tony Martin, to campus and to defend him.

During her confirmation hearing last month, she declared “antisemitism is real and is something that I have fought throughout my career.” She has won the support of leading Jewish advocacy groups, including an endorsement from the Anti-Defamation League, which said Clarke “will bring much-needed and well-rounded experience in the defense of civil rights to the position.”

While in law school at Columbia University, Clarke worked as a researcher for a well-regarded history professor, Manning Marable. Part of her job required Clarke to dig painstakingly through 20th century archival records to document how discrimination shaped Black America, an experience that continues to guide her labors as a civil rights lawyer, friends say.

“Having that historical lens informs her analysis of the law and her work today,” said Karen Jackson-Weaver, a classmate of Clarke’s who holds a doctorate in history and serves as a vice president at New York University.

Turning down potentially lucrative jobs in the private sector, Clarke joined the Justice Department as a civil rights lawyer in 2000 and worked on several high-profile cases, including a successful effort to block a redistricting plan in Louisiana. Colleagues said they were impressed by her legal mind and her ability to connect with those who would have been adversely affected by the plan.

After six years at the Justice Department, she joined the NAACP Legal Defense and Educational Fund, where she helped fight efforts to overturn key sections of the Voting Rights Act. In one case, Clarke and other lawyers salvaged what they considered a key provision of the law that required states and localities with histories of discrimination to get pre-clearance from the Justice Department to change voting laws.

As she and other civil rights lawyers left the Supreme Court in 2009 after oral arguments in that case, Clarke seemed less than sanguine, however.

“Kristen turned to me and said, ‘We have to get ready for other challenges,’” said Ryan Haygood, who worked with Clarke at the Legal Defense Fund and is president of the New Jersey Institute for Social Justice.

“It was clear that states were going to try to kill the pre-clearance provision, and that the Supreme Court, in the right case, would agree with them,” Haygood added. “Everyone else was very happy for a good argument. But Kristen was looking ahead.”

That challenge soon came — from Shelby County, Alabama, which convinced the Supreme Court in 2013 to kill the pre-clearance provision.

Though she lost that case, Clarke’s prominent role in defending the statute enhanced her stature in the civil rights legal community.

In 2011, she took a top job running the New York State Attorney General’s Civil Rights Bureau, and five years later she became president and executive director of the Lawyers’ Committee for Civil Rights Under Law. From that perch, she fought Trump administration policies ranging from civil rights enforcement to the administration of the U.S. Census.

She was also an outspoken critic of some Trump appointees.

She battled the 2017 nomination of Jeff Sessions for attorney general, saying the Alabama Republican senator had a “long record of hostility to civil rights.”

Clarke accused his successor, William Barr, of being “one of the staunchest proponents for mass incarceration” and supporting “views that run contrary to our best thinking today about criminal justice.”

And she unsuccessfully sought to derail Trump’s third and final nominee for the Supreme Court, Judge Amy Coney Barrett. Clarke argued that her organization had evaluated Barrett’s record and found she was not committed “to protecting civil rights principles that our nation needs,” adding that her confirmation would prove “devastating for Black communities and other people of color across the country.”

Republicans have said such sharp criticism proves she is too partisan to help such an important division at the Justice Department. But Democrats and colleagues say her tenacity was justified, and the government needs someone who is not afraid to dive headfirst into controversial debates, especially as the nation continues its reckoning with issues concerning race and policing.

“She is tough, fearless and very evenhanded,” said Joseph Rich, who was Clarke’s boss at the Justice Department and later worked for her at the Lawyers’ Committee. “She devoted her life to civil rights in so many different areas, and such experience will prove crucial now.”

Jennifer Haberkorn contributed to this report.