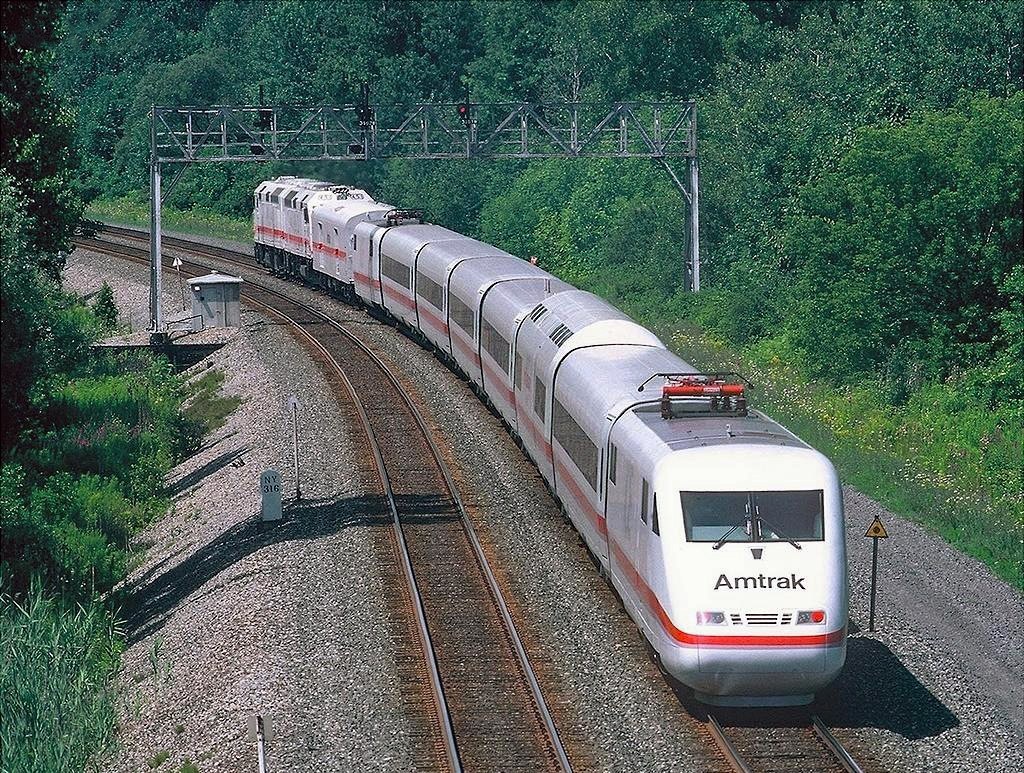 A key hearing that could determine the future of California’s High-speed Rail project will take place Wednesday/tomorrow, March 10 at 9 a.m. At that meeting, the California Assembly’s Committee on Transportation will be tasked with approving the HSR Authority’s two-year business plan. “If it’s held up again and misses this budget cycle the remainder of our California project may be determined not to be shovel ready and we’ll miss out on the emerging multi trillion dollar federal infrastructure stimulus bill’s funding,” wrote Rod Diridon, Sr., Chair Emeritus of the California High Speed Rail Authority Board, in an email. “A cadre of petroleum worshipers and others seem determined to undermine support for the project so your help is very important.”

Unfortunately, Assemblymember Laura Friedman (D-Glendale), the committee’s chair, has been bent on leveraging that “cadre of petroleum worshipers” to rob the project of $4.8 billion for electrification of the well-under-construction Central Valley spine. That electrification money is essential to building a true HSR line, but Friedman wants to divert the money to Southern California

Generally speaking, Friedman has a strong record as a champion for walking, bicycling and safe streets. However, on this matter she has sold out. Her ostensible contention is that the money would be better spent on Metrolink diesel/commuter rail upgrades in Southern California. However, Metrolink has no plans for spending the money except some vague notions of increasing service frequencies. Moreover, research done by KPMG and Deutsche Bahn shows that spending the money on the Central Valley HSR spine will do more to reduce carbon in the state. And if Friedman wants more money for Metrolink, there are other pots of money–such as ongoing construction funds to widen freeways which, despite the real environmental harm it causes, continues unabated throughout the Los Angeles basin.

Friedman’s plan would abandon the HSR project and shunt conventional, diesel-powered Amtrak trains onto the HSR spine. That wouldn’t be anywhere near the 220 mph planned for the project, and it would cause more diesel emissions, but that’s apparently good enough for the already polluted Central Valley.

Friedman’s justification is that running Amtrak directly onto the HSR spine would eliminate a transfer.

The plan now is for HSR trains to run at 220 mph from Bakersfield to Merced. Passengers will then walk across a platform to a waiting Amtrak train, which will carry them to the Bay Area and Sacramento as an interim service. Friedman argues this transfer will harm ridership to a point that it negates the advantages of electrifying the Central Valley spine.

She has argued that a one-seat ride is paramount to providing a good service, but has incorrectly claimed that HSR can’t offer this. However, electric HSR trains could continue on non-electrified tracks north of Merced, towed by an Amtrak diesel – which would eliminate the need for a transfer.

Last spring Friedman told Streetsblog that “federal rail safety rules prohibit us from using heavier diesel engines on the same track as lighter high-speed rail trains, even for towing.” But that’s not true, and Streetsblog has communicated directly with her staff to show them the updated federal regs that specifically allow diesel tows.

The High Speed Rail Authority prefers to use a cross-platform transfer at Merced (see map above) between HSR and Amtrak because it’s the most cost effective way to provide service. HSR trains are expensive, and if they spend a good deal of their day getting towed between the Central Valley and the Bay Area and Sacramento providing one-seat rides, the state will need to buy more of them to maintain frequent service on the HSR spine.

The cost issue is real, but it belies a bigger, longer-term concern. Thanks to the onslaught of misinformation disseminated by corrupt journalists such as the L.A. Times Ralph Vartabedian and his colleagues at oil-backed “think tanks,” many Californians in the coastal cities barely know the HSR project is under construction. That would change if they regularly saw bullet trains trundling through Oakland, San Jose, and Sacramento. And it would, once and for all, blow up the pernicious lie, repeated ad nauseam by the LA Times and others, that the HSR line is “isolated.” Diesel tows can also bring one-seat rides to Los Angeles and San Diego sooner as the Tehachapi mountain segments are built in the “early priority” gap shown on the above map.

More people will ride if there’s a one-seat trip available from the Bay Area to the cities of the Central Valley. That’s why the Europeans run diesel-towed or dual-mode services despite the additional costs (see picture below of one such service in France). Friedman once made the point that a family isn’t going to want to transfer between HSR and Amtrak and will drive instead. She’s right about that, maybe. But that’s an argument for finding money to provide diesel-towed, one-seat services, not for pilfering the electrification money.

With a friendly administration in Washington, it should be possible to find the money for enough train sets to do diesel tows and eliminate the transfer. There needs to be an honest conversation about eliminating transfers.

It’s Assemblymember Friedman’s job, as chair of the committee, to facilitate one.

Details on the meeting below:
Please lend your voice and testify supporting the Business Plan over the phone during the public comment period. Advocates should urge the Assembly to stay the course and complete the 171 miles in the Central Valley, fully electrified.

This will be a virtual hearing and will be live streamed on the Assembly’s website at:  https://www.assembly.ca.gov/todaysevents

Here’s a link to the Prop 1A factsheet:

Please share you emphatic support by email or direct testimony. Note that the Assemblymembers go into session at 9:00 a.m. on 3/10 and the public testimony begins at noon. So the earlier you can communicate the better.