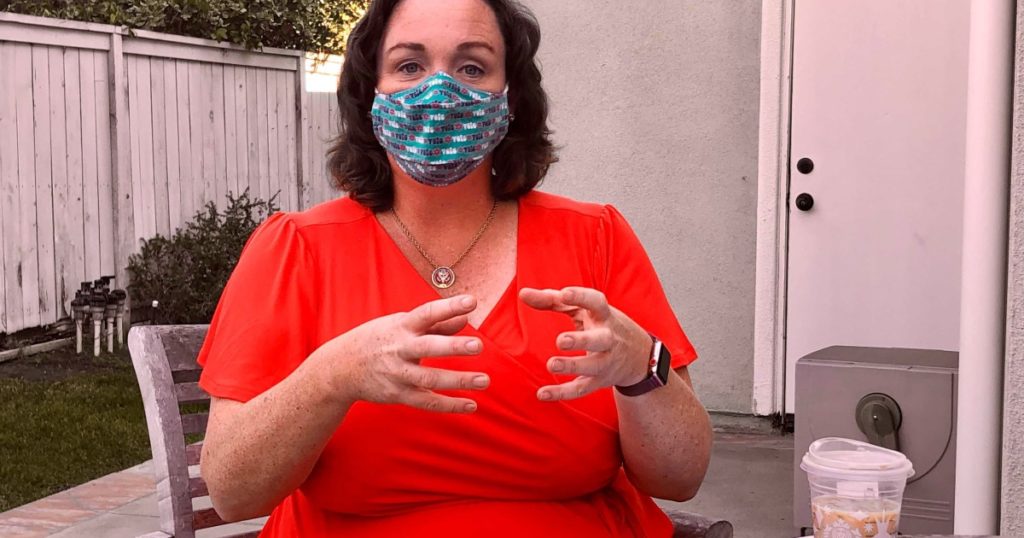 Joe Biden may have won the White House, but that hasn’t stopped Democrats from reverting to form, turning their upset inward and taking aim at each other.

True, they beat President Trump (though it may take a crowbar to pry him from the Oval Office). Still, for many the November election was a crushing disappointment.

Democrats barely kept control of the House, lost ground in legislatures across the country and, depending on the outcome next month in Georgia, will at best settle for a 50-50 tie in the Senate.

Liberals say the party dampened Democrat enthusiasm and lost seats by steering too much to the middle. Those in the center say the left wing scared off voters by flogging big government programs like the Green New Deal and provocative slogans like “defund the police.”

As proof, each side points to one of two congressional races waged side by side in Orange County.

Democratic Rep. Harley Rouda narrowly lost reelection in his coastal district — evidence, centrists say, of the party’s need to moderate its image and, in Rouda’s words, do a better job of countering “the narrative that Democrats are more and more leaning toward socialism.”

Next door, in inland Orange County, the progressive Rep. Katie Porter won her second term — demonstrating, those on the left assert, that liberals needn’t trim their positions to prevail.

As often happens, neither side is wholly right or wrong. Rouda ran in a more Republican district than Porter and faced a more formidable opponent. Porter was a better candidate and, capitalizing on her national profile, raised far more money than Rouda.

In separate conversations, each spoke more of campaign mechanics — lousy polling, the challenges of running during a pandemic — than ideology as the key to their contests.

“People don’t even know what those things are,” she continued, speaking behind a turquoise mask emblazoned with the word “vote.” “They want to know, is this someone who will be honest with me and who I can trust to do the best they can in a hard, hard, difficult job?”

Orange County was home to perhaps the most noteworthy Democratic triumph of 2018. The party picked up four GOP-held seats in the midterm election — part of a seven-seat gain in California — marking the first time since the 1930s the longtime conservative bastion sent an all-Democratic delegation to Congress.

Republicans won back four of those California seats in November, two of them in Orange County. One was Rouda’s.

The former real estate developer became a Democrat just a few years before running for Congress, a race he undertook because he felt “we need more moderates in government, whether state, local or national.” He defeated Republican Dana Rohrabacher, who grew increasingly wacky over his 30 years in Congress, by a decent margin.

In Washington, Rouda made a point of reaching across party lines; back home he campaigned on his ability to pass legislation and work with Republicans. One example was a bill to fight opioid addiction that Rouda co-sponsored with Mark Meadows, a North Carolina lawmaker who became President Trump’s chief of staff.

But this time Rouda faced Michelle Steel, a veteran of Orange County Republican politics and chair of the Board of Supervisors, who benefited from the GOP’s 5-point registration advantage. While Biden carried the district, he did so narrowly: 49% to 47%. There were just enough ticket-splitting voters for Steel to win the congressional seat, 51% to 49%.

Rouda, who plans to run again in 2022, said the message he took away from the election was an aversion toward the extremes of both parties.

“As much as voters abhor the gridlock, they want balance in government,” said Rouda, speaking by phone from Capitol Hill. “And when they can’t get that balance through moderate elected officials, then they seek balance through making sure no one party controls both chambers of [Congress] and the White House.”

For her part, Porter was once seen by Republicans as easy pickings.

GOP strategists were thrilled in 2018 when the UC Irvine law professor edged out a more centrist Democrat to emerge from the top-two primary. But after narrowly defeating Republican Rep. Mimi Walters, Porter quickly built a national following; her blistering inquisition of corporate executives and Trump administration officials made for must-watch viewing on the left.

She raised $16.4 million — nearly three times as much as Rouda — which helped scare off serious opposition; still, Porter won by a less-than-crushing 53.5% to 46.5%. Biden carried the district, where registration is roughly even between the parties, 54% to 43%.

Porter proved a savvy and versatile campaigner — skills that could help in a possible run for statewide office.

She ignored polls, which showed her way ahead, and the advice of Democrats in Washington and created her own voter contact program when it was evident COVID-19 would limit the usual means of engagement. Her campaign reached out in Persian, Spanish, Chinese and Korean as well as English.

Instead of the usual meet-and-greet — rent a space, give a speech, provide refreshments — voters were invited to drive up and pose for masked selfies as the congresswoman affixed an “I (heart) voting” sticker to their vehicle. (Porter’s worn minivan sits in her driveway with the sticker in the rear window; she prides herself, notwithstanding a growing political fan base, on remaining a coupon-clipping single mom who, like many, worries about getting her three kids through college.)

Porter has little use for those who fault fellow Democrats, namely progressives, for dragging the party down. “I don’t blame my colleagues or what they fight for,” Porter said. “It is about what I believe and how I communicate it to my constituents.” That doesn’t mean silencing others, Porter said, “be they Republican or Democrat.”

As the party wages its perennial fight-for-the-heart-and-soul debate, Democrats with an agenda — move left, hug the center — will point, selectively, to one of the two races in Orange County to help make their case.

But if they hope to avoid another election letdown, the choice in 2022 isn’t necessarily either-or. Distasteful as some partisans may find it, the answer may be doing both, depending on the candidates and where they’re running.