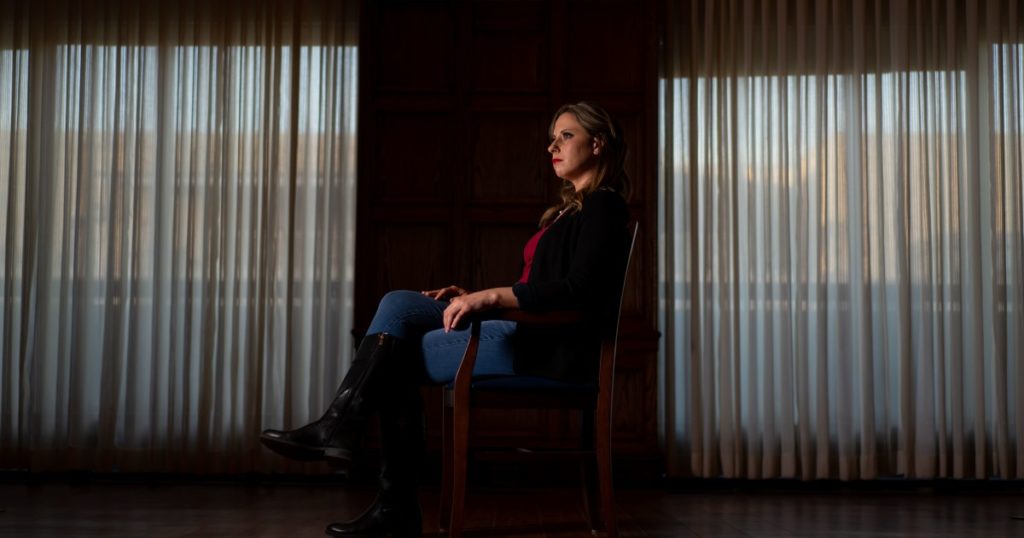 Hill accused them of violating the law by publishing intimate pictures without her consent. The lawsuit was thrown out earlier this year on First Amendment grounds.

On Wednesday, Los Angeles County Superior Court Judge Yolanda Orozco awarded about $105,000 to the parent company of the Daily Mail, a British tabloid.

Hill, who briefly represented northern Los Angeles County in Congress before the photos led to her resignation in 2019, called for a boycott of the tabloid on Twitter and sought donations for her legal costs.

“A judge just ordered me to PAY the Daily Mail more than $100k for the privilege of them publishing nude photos of me obtained from an abuser,” she tweeted. “The justice system is broken for victims.”

A spokeswoman said Hill plans to appeal the rulings that dismissed her suit.

An attorney for the Daily Mail did not respond to a request for comment.

Orozco previously ordered Hill to pay about $84,000 to the attorneys of Jennifer Van Laar, managing editor of the conservative website Red State, and about $30,000 to lawyers representing radio producer Joseph Messina. (Hill initially accused Messina of being part of a conspiracy to distribute the pictures, but dropped her claim against him earlier this year.)

Krista Lee Baughman, an attorney representing Van Laar and Messina, said the ruling showed that “those who file speech-chilling [intimidation] lawsuits must pay the price.”

“If you have a problem with the way the Legislature wrote the revenge-porn statute, that needs to be addressed in the Legislature,” she said. “The court is duty-bound to follow the writing. In this case, the statute itself clearly had a public interest exception.”

Hill, 33, gained national attention in 2018 when she was elected to Congress by flipping a traditional GOP district. Less than a year later, as Hill was going through a divorce, Red State published stories alleging that she had an affair with a male congressional staffer and that she and her husband Kenneth Heslep had a previous relationship with a female campaign worker. The website and the Daily Mail also published provocative pictures.

Hill denied the affair with the congressional staffer, but confirmed that she and Heslep had a relationship with the campaign worker, which she conceded was inappropriate because the woman was a subordinate.

In December, Hill sued the two media outlets, Van Laar, Messina and Heslep, arguing that they violated California’s revenge-porn law by distributing and/or publishing images including photographs that showed her nude while brushing another woman’s hair, holding a bong and sunbathing.

The 2013 law makes it a crime to distribute private images without the person’s permission but has exceptions, notably if such sharing is in the “public interest.”

The parent company of Red State has not sought attorneys’ fees. Heslep has not filed any legal responses and does not have a lawyer on record in the case.