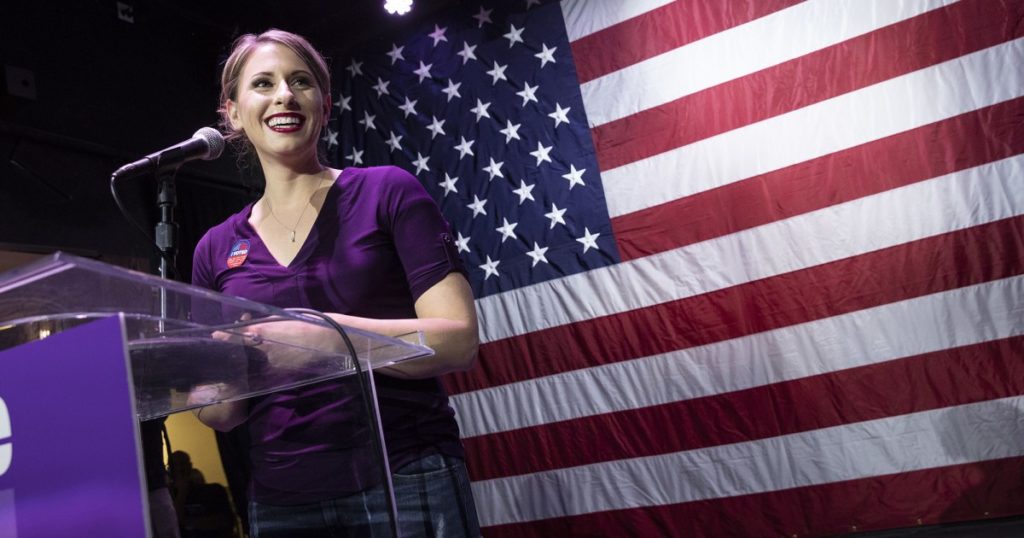 A British tabloid did not violate California’s revenge-porn law by publishing intimate pictures of then-Rep. Katie Hill without her consent, a judge ruled on Wednesday.

The Daily Mail’s news gathering and publication of images depicting a nude Hill brushing another woman’s hair and holding a bong are protected by the 1st Amendment, and the content of the pictures was in the public interest because of Hill’s position as an elected official, Los Angeles County Superior Court Judge Yolanda Orozco wrote in a decision that dismissed Hill’s case against the Daily Mail.

Hill, a 33-year-old Democrat, was elected to Congress to represent northern Los Angeles County in 2018, flipping a traditionally Republican seat. She was viewed as a rising star in the party but resigned less than a year later after the Daily Mail and the conservative Red State website published the photos along with a story accusing Hill of inappropriate behavior with a campaign staffer and a congressional aide. (Hill denied the affair with the aide, which would have violated House rules, but admitted to having a relationship with the campaign staffer, which she conceded was inappropriate because the woman was a subordinate.)

The media outlets and Van Laar argued that Hill failed to meet the requirements of the law because they were not the original distributors of the images, because Hill’s nipples and genitals were redacted in the published pictures, and because of a “public interest” exemption. They asserted a 1st Amendment right to publish information about an elected official’s behavior that is newsworthy.

Van Laar’s motion to dismiss the case against her is scheduled to be heard Thursday and Red State’s later this month. Hill’s ex-husband has not filed any paperwork and does not have a lawyer on file in the case.

Wednesday’s ruling in favor of the Daily Mail could indicate similar rulings are likely for Van Laar and Red State because they made analogous arguments, said Krista Lee Baughman, Van Laar’s attorney.

“The court today basically said sharing or distributing [images] is protected if it’s a matter of public concern,” Baughman said. “I think the judge is really right, and this is an important 1st Amendment case because it goes to what speech we can have around our representatives in government. If we go down that slippery slope of censoring what journalists can publish about our elected officials, that’s a dangerous place to be for our 1st Amendment.”

“This is just phase 1 of the fight. There’s much more in store. Daily Mail may have won this motion, but they will go down in history as a woman-terrorizing sicko publication,” she tweeted. “And this will get reversed.”