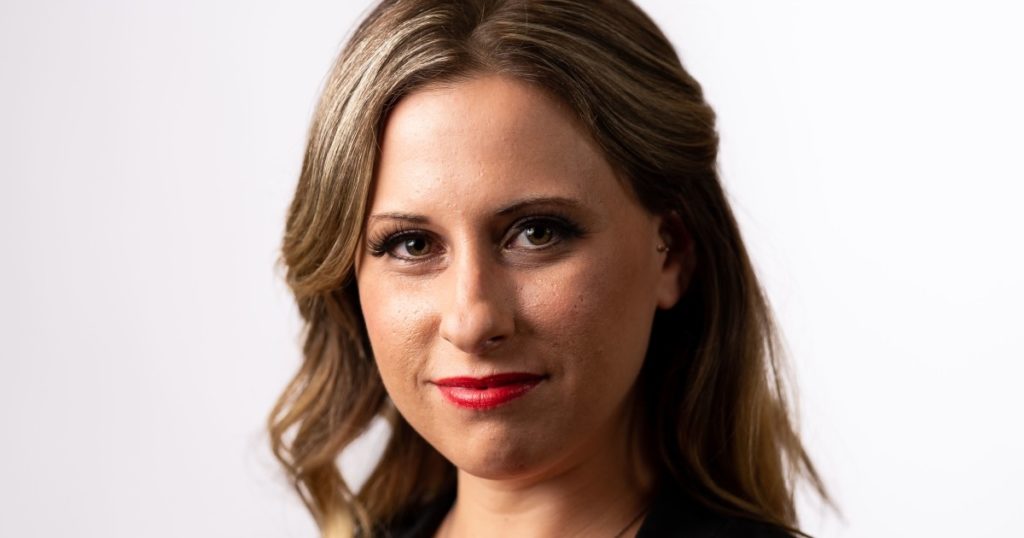 Katie Hill has faced deep lows since resigning from Congress after nude images of her were disseminated around the globe without her consent. She feared for her physical safety during her divorce; she had suicidal ideation, nightmares, mounting legal debt and anxiety about being recognized.

The 33-year-old is now channeling her energy and using her infamy to try to ensure that what happened to her does not happen to others, by making the nonconsensual dissemination of intimate pictures a federal crime.

“It hasn’t been easy. I think I’m somebody who has to kind of latch on to a cause … or a purpose. So this is giving me something that I know that I can be fighting for on behalf of other people,” Hill said in a Zoom interview from the East Coast. “And I think that that’s a really important thing for me personally, too, and for my recovery.”

She is thinking about running for office again, though she worries about the toll, including the effect on her mental health and risks to her safety.

“I don’t feel like I have an obligation to [seek office], other than to show that people can recover from things, and if you’ve had a mission to do something and people try to derail you from it, don’t let them,” Hill said. “But I don’t know if that’s a good enough reason.”

The onetime Democratic rising star ruminated on the two-year anniversary of leaving what she described as an abusive marriage in a breakup that set off a chain of events that led to her resignation from Congress.

Some Democrats believe Hill still has a bright future in the party and could make a comeback.

“I think a lot of people, particularly Democrats and Democratic women, feel like she was the victim of a public bullying over those photos, and that’s something that should be illegal and a woman should not lose her job because of something like that,” said Katie Merrill, a veteran California Democratic strategist. “People think she has a bright future in front of her, and she is shining a light on an issue that is really important because it’s essentially a 21st century version of spousal abuse that played out in public for everyone to see.”

Hill’s primary cause at the moment is the reauthorization of the Violence Against Women Act, updated to make the sharing of intimate pictures a federal crime regardless of intent. The House has passed the proposal; it’s unclear when the Senate will vote. Two key sticking points are efforts to expand existing gun restrictions to those convicted of abuse or stalking in dating relationships, and to provide protection for the LGBTQ community.

Hill plans to use her political action committee — HER Time — to seek support for the legislation from senators she sees as persuadable from states such as Arizona, Iowa, Maine and Utah.

“The reason that it’s so important is that when a federal criminal provision passes, it shows that this is a serious crime, that it’s not something that you know people can just get away with,” she said, adding that the patchwork of state laws is inconsistent and cyber exploitation doesn’t follow state boundaries. “It also has this expressive impact on victims that this isn’t your fault — that you are the victim of a crime.”

The law would not apply to her situation, because it would not be retroactive and it includes an exemption for images that are in the public interest, like the California law that was one of the main reasons her case was dismissed.

Hill wants to appeal the rulings in her case because she believes that there needs to be clarification on who exactly qualifies as a public person, and that her lawsuit should be heard by a jury. But she worries about the financial impact.

“The risk personally is really high,” she said.

While she was not surprised by the latest judge’s rulings, Hill said, they have triggered another trauma.

“It’s just this kind of emotional defeat and it’s very dehumanizing,” she said. “It just makes you really wonder what all this is for. I walk away from this and think, ‘I’m now over a third of a million dollars in debt, and for what, you know? For what from this lawsuit? For nothing.’”

Hill was a political novice in 2018 who gained national attention when she was elected to Congress, flipping a GOP seat representing northern Los Angeles County.

Less than a year later, as the congresswoman was going through a divorce, a conservative website and a British tabloid posted, without Hill’s consent, nude images of her brushing another woman’s hair, holding a bong and sunbathing. She has accused her ex-husband of sharing the pictures with the media; he has not responded to the lawsuit.

Confronted with rumors that there was a cache of 700 additional pictures and screen grabs of provocative texts shared among her enemies, Hill resigned.

Hill wrote about contemplating suicide in the immediate aftermath. She has avoided protests and other community events that she previously would have attended. She tries to stay out of public view when she visits her mother. Recently, she has felt anxiety about being recognized because she no longer has to wear face masks in many places as the nation emerges from the pandemic.

“There hasn’t been closure to that chapter of my life and I don’t know if or when there ever will be,” she said. “I have dreams that are haunting all the time. Also I had to deal with my own PTSD. And I think that I’ve made a lot of progress over the last two years and I’ve done a ton of soul-searching and reflection. And I know no matter what, my purpose is going to be still to try to make things better for other people.”

In addition to getting the Violence Against Women Act reauthorized, Hill is focused on helping women get elected to office and providing advice to young female candidates who may find themselves in positions similar to hers. She also wants to strengthen state revenge-porn statutes.

Then there’s the possibility of running for Congress again. The district she briefly represented has fallen back into GOP hands, represented by Mike Garcia.

“I mean it’s really the question that kind of hovers in the back of my mind all the time, and especially when I see Mike Garcia and the stuff that he does,” Hill said. “I won by almost 9 points; Biden won the district by 10 points. It’s not a district that should be represented by somebody who’s that conservative.”

She plans to make decisions about her future around the end of the year. Today, she has a message for voters who have stood by her.

“I hope that people feel like their support wasn’t in vain, and it might be taking a different direction than any of us thought, but it’s still going somewhere,” Hill said. “And, you know, if the cards align, then I might be hitting them up again.”