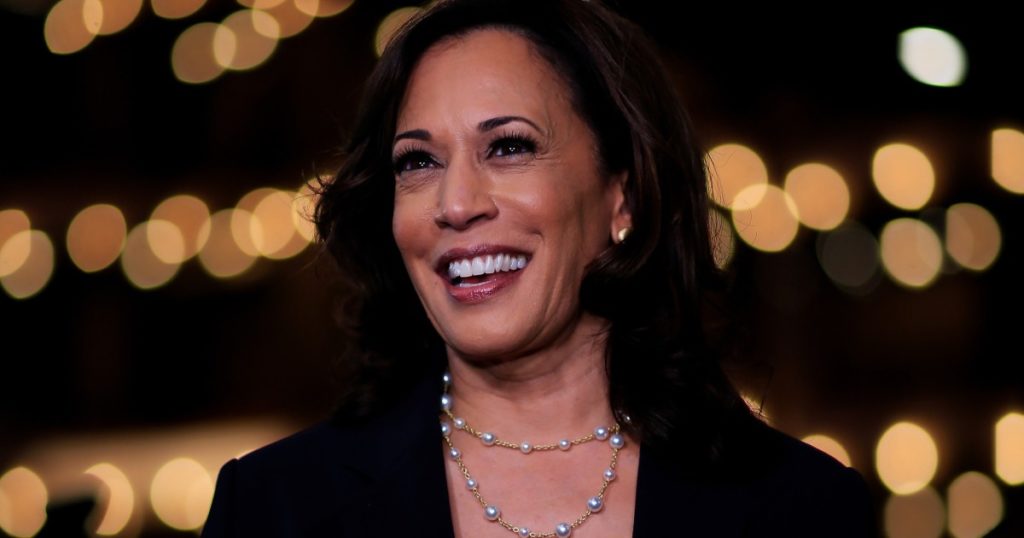 Vice President-elect Kamala Harris said Saturday that there is a “duality” in celebrating her historic inauguration Wednesday in a nation that is grieving nearly 400,000 COVID-19 fatalities and struggling with the deadly siege on its Capitol this month.

“I believe that there is great joy among people who recognize the historic nature of this election,” Harris said in a 12-minute phone interview, her first with The Times since her Nov. 3 electoral victory.

She pointed not only to her role as the first woman, the first Black American and the first South Asian American elected as vice president, but also “because it really was a statement about who we are as a country in terms of the rule of law and our democracy and fighting for the integrity of that.”

“I do believe that people will find a moment to experience that joy,” she said, recalling the street parties that followed the Nov. 7 announcement by the media that former Vice President Joe Biden was the declared winner.

Harris said in the interview that she would officially resign the Senate seat she won four years ago on Monday — two days before she and Biden will be sworn in. Gov. Gavin Newsom has selected Secretary of State Alex Padilla, a fellow Democrat, to fill her seat.

Harris achieved no significant legislation in the Senate during an era of heightened partisanship but built her national reputation as a tough inquisitor of Trump administration officials. She will now, as vice president, become a potential tie-breaking vote in the Senate, giving Democrats control of the chamber — which is divided 50-50 between the two parties — and the ability to advance nominations and some budget-related policies. But major legislation will still require 60 votes and support from Republicans to overcome the Senate filibuster rule.

Harris joked that she was not sure whether the two days between her jobs as senator and vice president is “heaven or hell,” given the amount of work she has done during the transition.

Harris, who called herself “a proud daughter of California,” will be the first person from the state in national elected office since President Reagan left the White House in 1989. She said the chief legacy from her home state would be a commitment to science and innovation, pointing out that her Indian-born mother, a breast cancer researcher, came to UC Berkeley to study and finished her career in a lab there.

The Trump administration has fought bitterly with the state’s Democratic leadership over science, including climate change and fire prevention policy.

Harris said she also took inspiration from former Democratic Gov. Pat Brown, whom she credited with helping the state become a technological leader.

“At this moment in time, where some of our greatest challenges will be solved by science, we’ll look to what we have done in California as a real indication of what is possible nationally,” she said.

Harris acknowledged that she spoke with outgoing Vice President Mike Pence on Thursday, after he called her for the first time since her election, but she would not reveal what he said. She also declined, for security reasons, to say where she was during the Jan. 6 storming of the Capitol by a mob of Trump supporters.

She said she had been at the Capitol earlier that day for a meeting of the Senate Intelligence Committee and was working elsewhere in Washington when she was evacuated. She said she watched the mob enter the Capitol on television from a secure location, while texting with colleagues who shared their commitment to return to complete the election certification process.

“It was horrific, horrific,” she said. “And each day after, we are learning more and more about the deep and very dark layers of what went into that day.”

House Democrats impeached President Trump for inciting the mob last week. But some have questioned whether Biden and Harris, who are inheriting a public health and economic crisis, can afford to lose time and attention with a Senate trial that could begin this week.

“I trust they can do their job, and I trust that everybody can multitask,” she said, without weighing in on how much time senators should devote to a trial.

She echoed Biden’s calls for unity when asked how they would win over the Trump supporters who still believe his false claims that he won the election. She said during the pandemic and economic crisis, Americans of all political affiliations want leadership that sees them.

“You look at those food lines, people parked in their cars for hours. You look at the families who are struggling to figure out how they’re going to get their kids educated from home, and remotely when they don’t have broadband, much less, don’t have paid sick leave, and they got to go to work every day,” she said. “This is the stuff that keeps people up at night, regardless of who they voted for.”