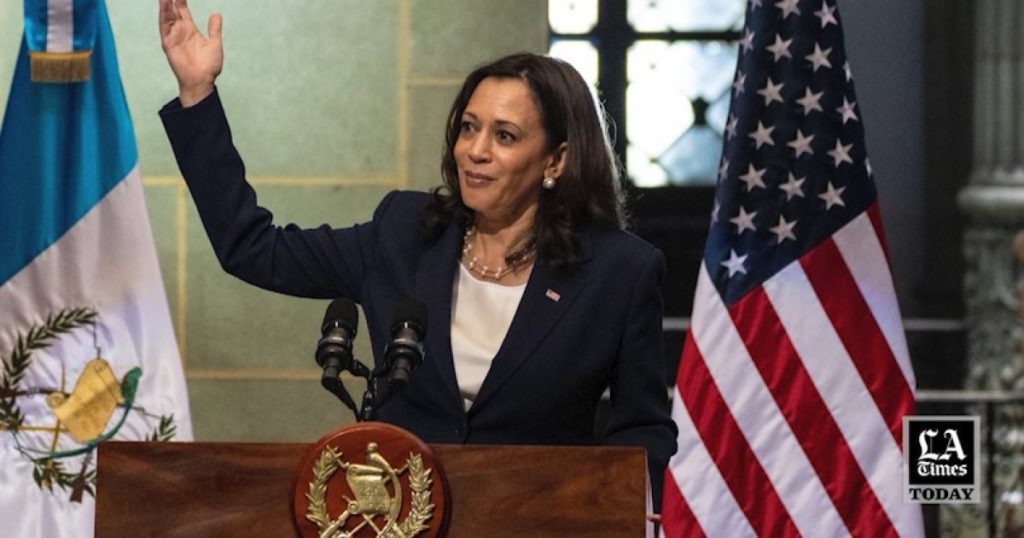 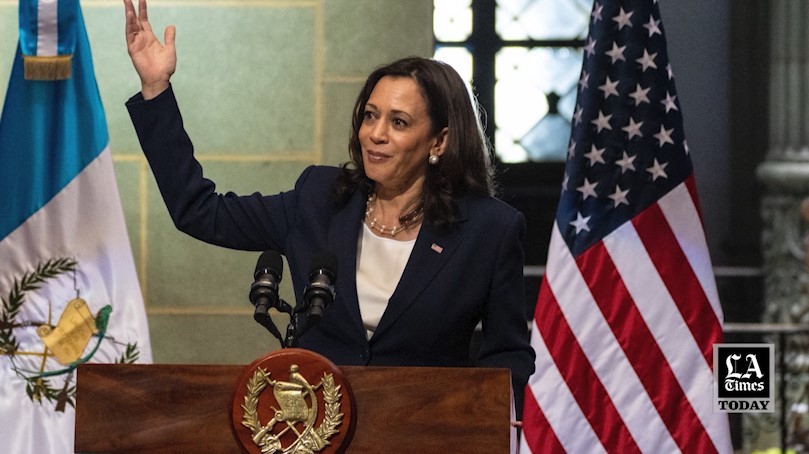 Vice President Kamala Harris will travel to the southern border on Friday, the administration confirmed Wednesday, following months of Republicans’ criticism over the Biden administration’s handling of a large increase in families and unaccompanied minors arriving from Central America.

The trip to El Paso with Homeland Security Secretary Alejandro Mayorkas is sure to be politically fraught. Harris, who is in charge of diplomatic efforts with Central American leaders, had resisted going to the U.S.-Mexico border since becoming vice president, though she went numerous times as a senator and as California’s attorney general.

The conditions there are not part of the task that President Biden assigned Harris in March. She is responsible for addressing the “root causes” of migration from Guatemala, Honduras and El Salvador by working with leaders and activists there.

Yet Republicans have called her the “border czar,” hoping to make Harris the face of an issue that they believe could help them politically in next year’s midterm congressional elections. A group of Republican members of Congress announced earlier Wednesday that they would go to the border next week with former President Trump.

White House Press Secretary Jen Psaki denied Harris’ visit was aimed at heading off criticism from Trump. “We made an assessment within our government about when it was an appropriate time for her to go to the border,” she said at her daily briefing Wednesday.

Some nonpartisan experts and immigrant advocates also have said that Harris should go to the border because it is the end of a long and dangerous journey for those fleeing poverty and lawlessness in their home countries, the conditions that Harris is in charge of helping to alleviate.

Harris said earlier this month, while when pressed by reporters during on a trip to Guatemala and Mexico, that she would go to the border soon.

Harris largely succeeded in establishing rapport with Mexican President Andrés Manuel López Obrador and Guatemalan President Alejandro Giammattei during her two-day visit. But the trip was overshadowed by her testy response to NBC News anchor Lester Holt during an extended interview, when he asked why she hadn’t been to the border.

“And I haven’t been to Europe,” she snapped back at him at one point.

Despite the heavy air of politics that is certain to hang over Harris’ visit, it revolves around a serious issue. Thousands of people are fleeing poverty, crime, corrupt governments, gang violence — all of which have been exacerbated by natural disasters and the pandemic.

Harris has promised that the United States will work to increase aid, private investment and vaccine supplies to the region and has pushed anti-corruption efforts. But she has declined to define success, repeatedly warning that it will take time to reverse problems that have persisted for decades.

Since Biden took office in January, more than 700,000 people have been stopped crossing the border, including more than 65,000 unaccompanied minors and 175,000 families, according to the latest government data.

The vast majority of border crossers have been single adult Mexican men, and most migrants have been quickly removed under a Trump-era coronavirus policy the Biden administration has kept. But the increase in families and unaccompanied minors has overwhelmed a U.S. immigration system not geared toward them.

As of Monday, more than 800 lone migrant children remained in holding cells in U.S. border officials’ custody, and more than 14,000 remain at sites overseen by the Department of Health and Human Services, which is charged with caring for unaccompanied children.

Former Mexican Ambassador to the U.S. Martha Bárcena, responding to the news of Harris’ border trip on Twitter, wrote that the vice president has a long to-do list. While López Obrador was friendly with Trump, despite his administration’s crackdown on immigration enforcement, Bárcena emphasized a need for continued cooperation. “We must remember: The border has a shared future,” she tweeted.