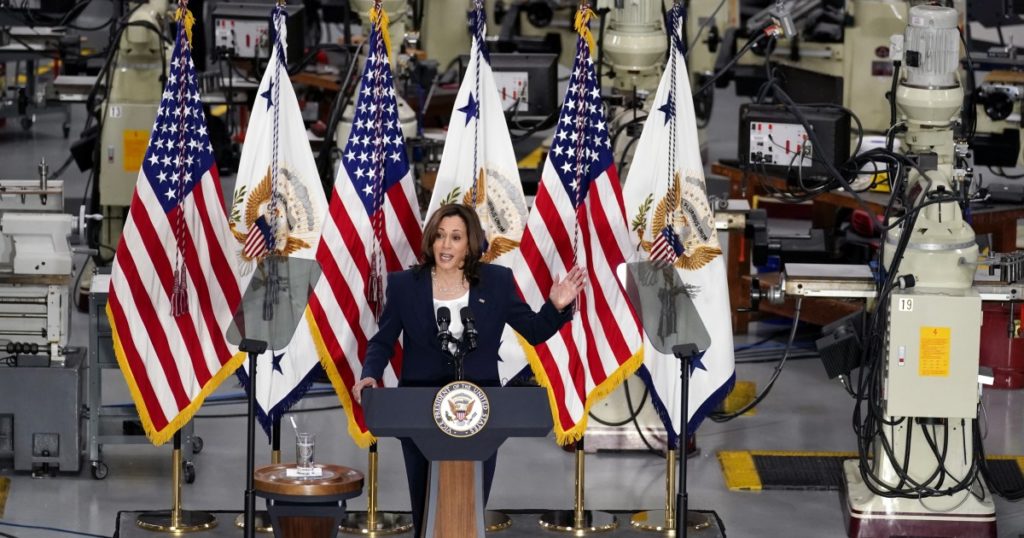 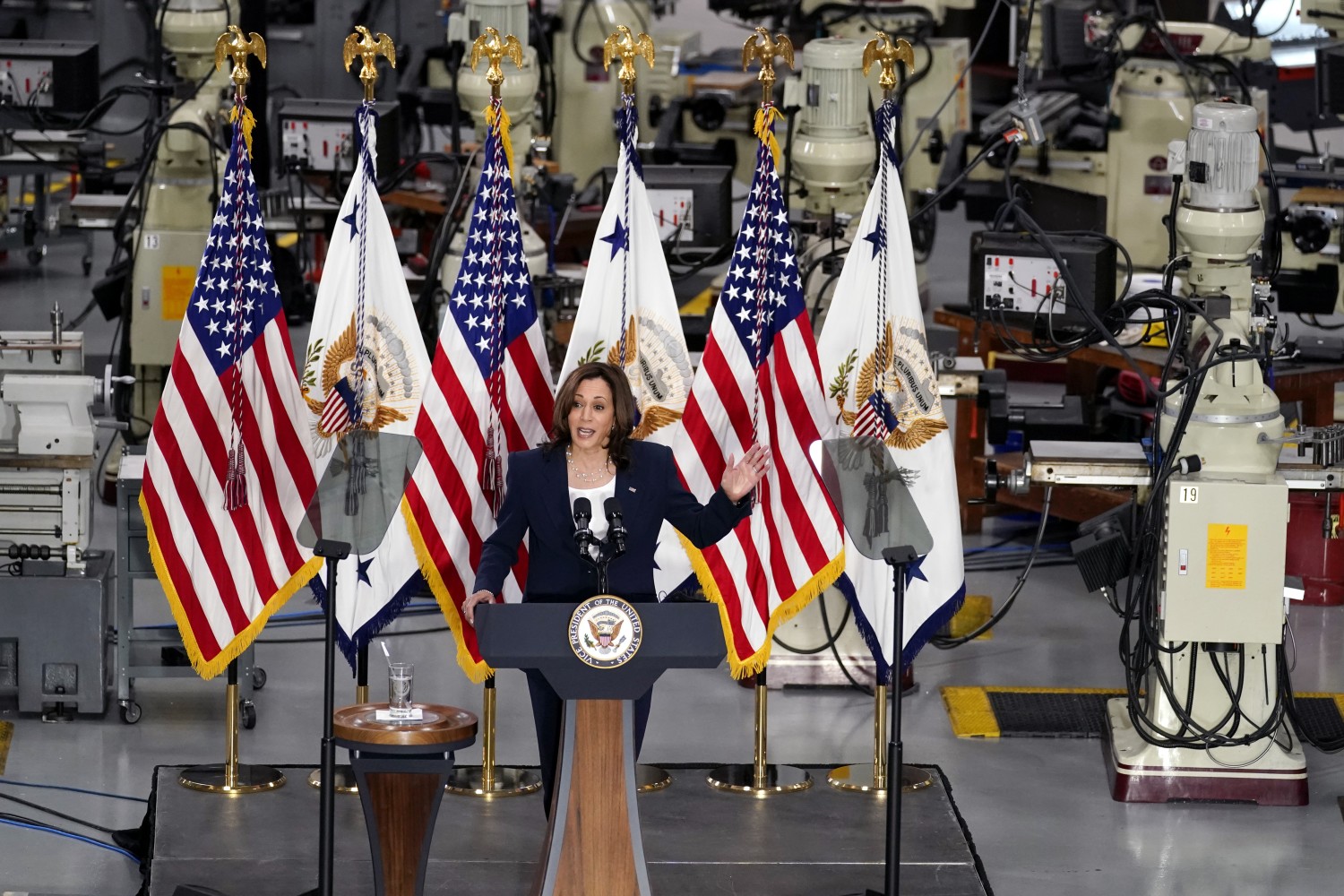 “The American Jobs Plan is not just about fixing what has been,” Harris said. “It’s about building what can be.”

Harris’ advisors portrayed her 15-minute speech at Guilford Technical Community College in Greensboro, N.C., one of her two stops in the state, as her first address on the nation’s economy since she took office, and an opportunity to preview the administration’s message as it nears the 100-day mark. On a factory-style floor surrounded by machines and flags, Harris said the country had administered nearly 200 million COVID-19 vaccine shots, double President Biden’s initial goal, and created a historic number of jobs as the economy begins to rebound from the pandemic’s impact.

“The president and I are ready to keep going and we are not going to take it slow,” she said.

The administration aspires to create “good jobs,” Harris added, defining such jobs as safe, close to home and paying enough to allow Americans to provide for their families without needing a second one. She said the majority of jobs the spending plan would create would not require more than six months of training. The plan would also fund projects to provide safe drinking water, more accessible broadband service and childcare, Harris noted.

The trip underscored her role as a top pitch person for the administration’s agenda, even if her role in shaping policy has not yet been clearly defined.

Biden, meanwhile, was meeting at the White House with a small group of lawmakers from both parties, as he has done previously to try to build bipartisan support. His expansive spending plan has yet to draw any Republican support, however. Critics say the bill includes too many Democratic policy initiatives that do not relate directly to roads, bridges and other traditional forms of infrastructure, and Republicans oppose raising taxes on corporations to help pay for the programs.

Harris was scheduled later in the day to tour an electric school bus plant in High Point, showcasing part of the administration’s infrastructure package that connects with her previous work as a senator. In 2019, then-Sen. Harris introduced a bill to electrify the nation’s school bus fleet.

The infrastructure package includes $20 billion toward converting a fifth of the nation’s 475,000 yellow school buses from diesel to electric, which advocates say will help meet national emissions standards, add manufacturing jobs and better safeguard the health of children. About 95% of the nation’s school buses run on diesel fuel, according to the administration.

The Californian Energy Commission awarded $70 million toward the same purpose in 2019. California does not have current statistics on the fleets in the state’s school districts. A 2016 report by the California Air Resources Board estimated that more than 55% of the 25,400 buses were diesel, with only about a third powered by gas, natural gas, propane, hybrid or electric motors.